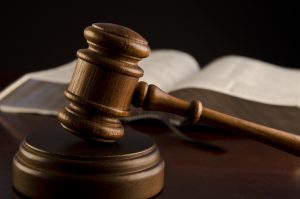 A lawsuit challenging Massachusetts’ charter school cap on civil rights grounds gets tossed. And that’s not a nothingburger…

No sooner had we been instructed to drain the words *drain* and *siphon* from our collective vocabularies than an order came down on from on high, ordering us to re-instate them. I speak, of course, about this week’s Superior Court decision tossing a lawsuit challenging the Bay State’s charter cap on civil rights grounds. It’s time to head to court, reader. And must I remind you that as t’is now after Labor Day, no white shoes allowed? That is unless you happen to be clad in white bucks on behalf of, well, white bucks.

Where were we?
A veritable aeon has passed since we last plumbed the depths of what Commonwealth Mag. once termed a *provocative challenge* to the state’s limit on charter schools. Quick studies will recall that the case was always somewhat, ahem, unusual, starting with the fact that it wasn’t actually about the charter 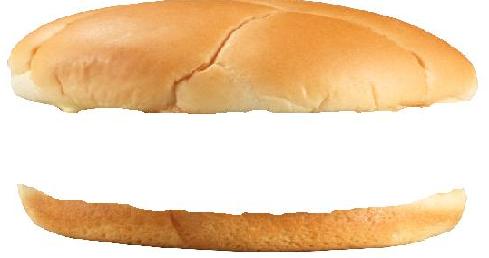 cap at all but justiciability, meaning the question of which branch of gov gets to rule the schools. Then there was the even unusualer detail that the defendants tasked with defending the charter cap were none other than the Brothers Nothingburger: Secretary of Education James Peyser, the very architect of the three-pronged assault on the charter cap (Look Ma, three branches!) and Board of Ed chief Paul Sagan, whose personal donation of $100K to the cap-lifting cause sent more than a few eyebrows rocketing skyward.

Big issues
On the surface it sounded like the pilot for Law and Order: Conflicts of Interest Unit. But lurking ‘neath were big issues. Like was it time for Massachusetts to junk that whole *common* school thing and scale up Uncommon schools instead? And maybe that musty underpinning about public education being a common right needed to go as well, replaced by the much more contemporary *backpacks full of cash* approach. Finally, since it was proving difficult to get the representatives of the people to vote for items one and two, maybe it made sense to, well, switch to a branch where voting wasn’t involved.

Order, order
Do you hear that, reader? That’s the sound of deliberative silence. For months now, Superior Court Associate Justice Heidi Brieger has been weighing the assorted claims, revisiting history and deep diving into Massachusetts’ education policy. (Full disclosure: I saw Justice Brieger in action at a hearing this summer and nearly fan-girl rushed the bench.) So what was the verdict? Well, Brieger threw out the lawsuit against the charter cap, but the headlines don’t quite convey the importance of her decision. In a clear, thorough and well-reasoned argument, Brieger managed to cut through the heat and the noise of this silly, shilly season with its nothingburgers and dark money. She reaffirmed that public education in Massachusetts is a *common,* not an exclusive personal right. That the Commonwealth’s obligation to educate all children doesn’t extend to their right to attend a particular KIND of school. That funding for charter schools necessarily affects the funding of non-charters. And that decision-making over education belongs in the hands of the legislature.

Expert opinion
Reader: I pored over all 22 pages of Judge Brieger’s decision and encourage you to do the same, especially the part where she bores right in on the apparent contradiction between an accountability framework premised on the idea that schools can improve vs. a political apparatus aimed at replacing said schools.  But as you have no doubt ferreted out by this time, I am no lawyer, even if I’ve been known to drop *justiciability* and *redressability* on the regular. It was time to summon an expert who has been involved in this case from the beginning: Matt Cregor, the Education Project Director for the Lawyers’ Committee for Civil Rights and Economic Justice, which opposed the lawsuit. Matt: are you there?

Matt Cregor: I’m here and ready to answer your questions.

EduShyster: I’ve summarized my take on what this decision was about and why it’s a big deal. Did I miss anything?

Cregor: We thought this was a very clear decision. It reaffirms that the right to an education is fundamental, but it’s not a right to attend a particular kind of school. And don’t forget, the plaintiffs brought this a civil rights lawsuit. The court was concerned about the other side of this, the harm that lifting the charter cap would incur on other kids.

EduShyster: I’m guessing that the judge must have finished writing her decision before she had a chance to read the recent editorials in both the Boston Globe and the Boston Herald establishing once and for all that charters do not *drain* or *siphon* money from district schools.

Cregor: The judge was really clear that under our state law, to make charters work, they have to take money from district schools. Our school funding laws were designed to ensure that our schools could take all comers. The lawsuit would have cut right through that safety net.

Our school funding laws were designed to ensure that our schools could take all comers. The lawsuit would have cut right through that safety net.

EduShyster: For readers who haven’t yet had a chance to pore over the 22-page decision, what’s the key takeaway, the one that’s going to be on the test?

Cregor: What I think the court did was cut through the noise and saturation of this issue and look clearly at the structure and intent of our education law and the intent to serve all students. The court also correctly determined that unfortunately, education questions are not for its purview but belong in the hands of the legislature.

EduShyster: How relieved do you think Secretary of Education James Peyser is that he’s not going to have to defend the charter cap? What a load off, eh?

Cregor: Don’t forget that Paul Sagan was also sued to defend the charter cap. It’s quite a thing for the chair of the Board of Education to donate a significant amount of money to support an education ballot initiative while serving as chair.

Send tips, comments and nothingburger recipes to jennifer@haveyouheardblog.com. Like my work? Help me do more of it.