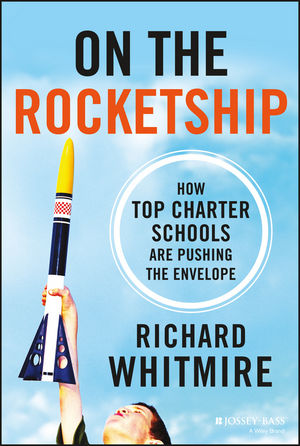 Richard Whitmire: There were actually two reasons for that model change. California’s per-pupil spending is $7,500, one of the lowest in the country.The state was cutting back further at that time and delaying payment to charters. Rocketship also felt that it had hit kind of a wall. They’d been able to take these low-income minority kids to the mid 800’s [on the California Academic Performance Index (API)], but they weren’t getting up to the level of the suburban schools. This seemed to solve both of those problems at once. They could save some money and they could do some more personalized learning in this larger classroom. 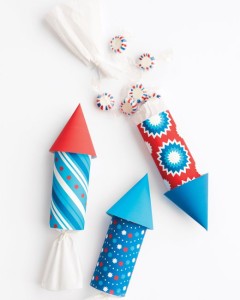 EduShyster: In retrospect, though, the decision to make the change in a single year seems to have been highly disruptive—and not necessarily in a cool Silicon Valley way.

Whitmire: [Rocketship founder and then CEO] John Danner was the one who wanted to do it all in one year, which fits your Silicon Valley theme. His mindset was basically *who cares if people don’t want it? Within a year they’ll recover, everything will be fine and everyone will forget about it.* That turned out to be a very poor fit. But I see a lot of positives too. The way Rocketship was able to build their school buildings, and recruit, develop and promote talent was all very Silicon Valley-oriented and a lot of that turned out well. But obviously this particular change didn’t turn out well.

EduShyster: A Rocketship teacher you interviewed was critical of the decision to switch to huge open classrooms because *there wasn’t any research behind it.* But you almost get the sense that that was the point. Danner doesn’t seem to have had much use for either educational research or history.

Whitmire: Danner thought that educational research was second rate, that it was anecdotal, lessons-learned kind of stuff, and that any decent business would go out of business if it had to rely on the caliber of what we see in education research. It’s hard to argue with him about that. What that model change was supposed to pursue was Danner’s long-running theme of personalized learning, which goes back to his days in Nashville. So you could have one teacher working with a large class of 40 kids but in the same space you’ve got small groups broken out. In theory it was going to work but they couldn’t pull it off. 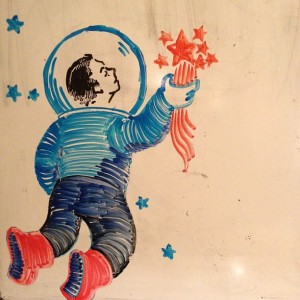 EduShyster: I’m fascinated by Rocketship’s emphasis on organizing parents. The idea of training parents to make demands on the system appeals to me.

Whitmire: At first I was skeptical of John Danner’s claim that we’re going to run K-5 schools and give these kids a start and steer out all of these *over-educated* poor Latino kids and the system’s going to have to deal with it in some way. He claimed that *it’s going to revolutionize the system.* I’ve spent time in high-performing charters and you get the impression that part of the reason for the longer hours and the Saturday sessions is to get the kids out of these really toxic dangerous neighborhoods. Rocketship is moving in a totally different direction. They want to be part of the community. They want to work with the families in the schools and develop them as leaders. It’s a total embrace of the families as opposed to the arms length that I see in a lot of other charters.

EduShyster: But to what extent are parents able to make demands on Rocketship itself? The schools are math and English only—could the parents demand, say, art or music in the schools?

Whitmire: That’s a good question. Frankly it never came up. I know the whole thing about art—but when you spend some time in those neighborhoods and you see how far behind these kids are and you think about the implications of them getting to third grade without being two years behind in reading, it’s kind of hard to argue with that. I never talked to parents who had real issues with Rocketship. There were a few parents at Washington Elementary School who’d pulled their kids out of Rocketship because the kids didn’t like the amount of homework. I never ran across a situation where parents were upset. Most of these schools have significant waiting lists. 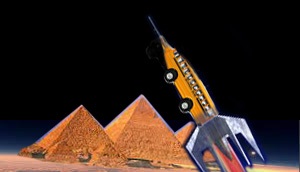 EduShyster: I was really interested in your conversations with teachers at Rocketship. You point out that you found a range of opinions—but everyone you interview has one foot out the door, mostly because that level of commitment, especially when you add in the parent and community involvement, seems really hard to sustain for more than few a years.

Whitmire: It’s pretty draining. Rocketship’s original theory was that they were going to push up that average by promoting teachers quickly. Danner thought he could revolutionize the way teachers are recruited, trained and promoted and that would have gotten them there in theory. We were talking about the Silicon Valley way—Danner’s idea was that they could make better and different use of TFA. He looked at TFA and said *why should we have a personnel department when they can do it better?* Rocketship has since changed. They have a personnel department and most of the schools no longer hire  two first year TFAers; they’re down to one.

EduShyster: OK—I can’t help myself with this one. Midway through the book Danner departs in a somewhat tumultous fashion and he’s now at work on something even more disruptive, an edtech startup called Zeal that he’s testing out on Rocketship students. Don’t you think that’s just a little bit creepy?

Whitmire: I was with him and we went into a school and sat down with a teacher. They welcomed it. They’re pioneers in this. John thinks that charter schools are too intertwined with the district to really expand and do what they really need to do. John, being this wide-ranging big thinker, says *I can do this w/ technology.* He can reach billions by doing this. He’s very evangelical about it.  This whole idea of a profit motive, that’s just weird. I don’t buy that.

Richard Whitmire is the author of On the Rocketship: How Top Charter Schools are Pushing the Envelope and The Bee Eater: Michelle Rhee Takes on the Nation’s Worst School District.