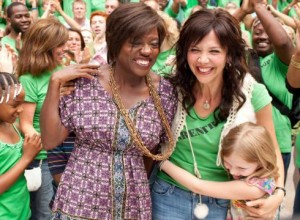 So far early reviews of  “Won’t Back Down” have given the film an A+++++++++++++++++++. Of course these reviews came from the special screening of the film at the Democratic National Convention, hosted by Democrats for Education Reform and Students First. But what about viewers who aren’t jacked up on #edreform juice or know anything about actual public schools?

Well, not so much. Sadly it seems that what we have on our hands here isn’t another bad teacher movie but a really BAD movie about “teachers.” Here are a few nuggets of cinematic joy delivered courtesy of teacher, blogger and self-described movie buff Gary Rubinstein.

In other words, the movie is great! And did I mention that it was inspired by true events??? See you at the mega-plex.