Students in New Orleans speak out, and ask some hard questions… 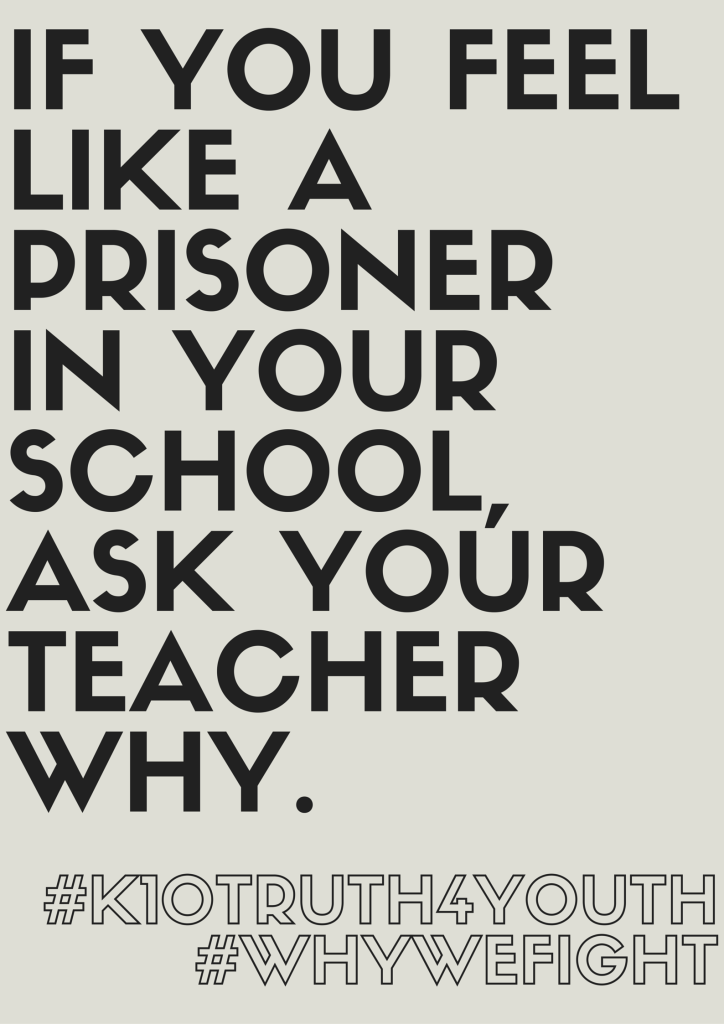 Early Friday morning students arrived at their schools only to find that it was no regular morning. Pasted on the walls all around the schools were large black & white posters. But these were not your typical posters. These posters had facts, questions, and statistics regarding New Orleans public charter schools and their inhabitants — former students, teachers, principals, and CEOs. Some posters had questions on them that referenced the firing of over 7,000 teachers post-Katrina: *The black math teacher from 2004 who lived in your neighborhood, where are they?* And some questioned the salaries of school principals and administrators compared to the quality of the schools they run: *Your principal makes $100,000 a year, but why is your school only a ‘D’ school?* These are only a few of the many posters that were found at several high schools across the New Orleans area, including Lake Area, Sci Academy, Warren Easton, and Landry Walker. 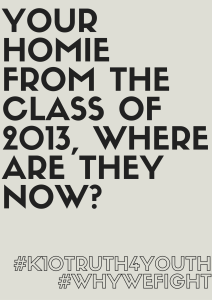 Students at these schools and others had a lot to say about the posters and the questions they posed.  Responding to the question, *Your homie from the class of 2013…where are they now?* one high school student answered, *Most of the people I knew in the class of 2013 are currently in college, or didn’t finish and plan to go back this year. That makes me anxious and worry about if I can finish college when I’m ‘supposed’ to and wonder what happened to throw them off track. It makes me feel sad that people go into college unsure of their main drive and because of being rushed into it, they lose track of what they really want.*

Another student nearby answered as well saying, *Most of them are still in college but a few are struggling to have somewhere to stay and are still trying to get into college. They have no choice but to get a job, and their job is weighing on them and keeping them from going to school.*

At another local high school a student responded by saying, *My friend is currently working at Papa John’s, and it’s sad especially because he is now struggling and on the verge of giving up.* One student candidly said, *I don’t know where they are, and I feel some type of way because of their disappearance.* One final student gave a chilling answer, *Probably dead to be honest.* 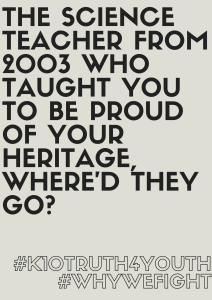 Over at a high school on the West Bank students responded to several questions that were on posters around their school. Responding to, *How many teachers live in your neighborhood?* A student answered, *None. I feel disappointed because the teachers come from all over and they don’t know what the people from my neighborhood are going through.*

Other questions centered around how students get exposed to black culture in their schools. Two of them included, *The principal who taught you the black national anthem, what happened to them?* and *The science teacher from 2003 who taught you to be proud of your heritage, where are they?*

The first student answered, *It’s like a crime to teach your truth and your history, because if it wasn’t they wouldn’t have been fired and white people wouldn’t be the main ones teaching in our schools. There’s only a certain time for us to talk about black people in schools — February.* 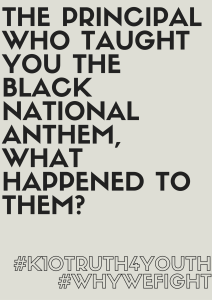 While the last student responded, *Well, that school doesn’t even have the same name any more. It’s charter school now, everything has changed — new principal, new teachers, new uniforms, new name. I don’t even know what happened to those teachers. When the school changed and those charter people came, they had to go. And that was the only school that I went to where I learned the Black National Anthem.* (The school was George Washington Carver, now it’s Carver Collegiate.)

Schools and the entire city really just use us to pass off statistics to the rest of the world to say that the city is doing better. It’s like if we’re getting higher scores on tests than New Orleans must be moving forward…but it’s not.

One student talked in-depth about how the posters forced them to reflect on their place as youth in New Orleans. *After seeing the different posters at my school, it really made me think about how black youth don’t really matter to this 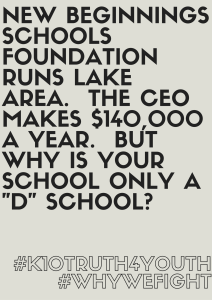 city, or that we do matter but only for the use of others. Schools and the entire city really just use us to pass off statistics to the rest of the world to say that the city is doing better. It’s like if we’re getting higher scores on tests than New Orleans must be moving forward…but it’s not.*

Maybe the point of these posters is to raise questions about where the city really is 10 years after hurricane Katrina. A high school senior from New Orleans East seems to have summed up the feelings of their peers and families regarding the cruel irony of the anniversary festivities. *Our city’s leaders are celebrating the anniversary of Katrina, and saying that if not for a terrible storm that killed so many people and hurt so many families we wouldn’t have been able to move forward. Which implies that the way the city was before, and the things that happened before Katrina were wrong. All without acknowledging the damage that some of these ‘positive’ changes have caused our city.*