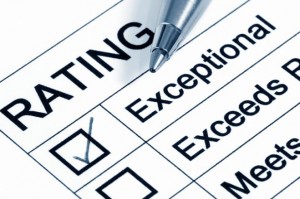 The verdict is in and the results are unanimous: Washington DC’s IMPACT teacher evaluation system is a smashing success, successfully separating the highly effective wheat from the underperforming chaff—and sending the latter scrambling for the exits. But former DC principal Adell Cothorne warns the system’s cheerleaders to cool their jets, arguing that the system was deeply flawed from the outset, and that the most important lesson we can learn from IMPACT is not to repeat its mistakes. Here’s a look.

By Adell Cothorne
No doubt you’ve heard by now that Washington DC’s IMPACT teacher evaluation system is *highly effective.* Before we start popping the champagne corks though—or encouraging other districts to adopt IMPACT-like systems—allow me to tell you a few things about the system that you may not have heard.

1) IMPACT is a system that can easily be manipulated
I was a principal in a Washington DC public school when IMPACT was being rolled out. I knew of other principals who had their secretaries fill out the complex teacher rating systems for them. In other words, there were no safe guards to ensure that the system wasn’t being manipulated. How can we justify a rating system that can be gamed? 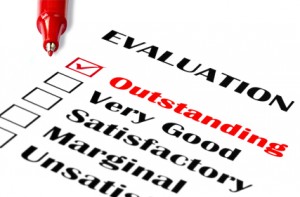 3) IMPACT is so complicated that not even its designers could explain how it was supposed to work
At meetings prior to IMPACT’s roll out, DCPS officials were unable to answer basic questions about how it was supposed to work. I attended one meeting where a young man charged with presenting the evaluatory rubric to us got so flustered that he threw up his hands and said that ‘maybe a statistician could explain it.’ We explained that since we’d be presenting the new system to our teachers the following week, that really wasn’t very helpful.

4) DCPS is losing great teachers and leaders
I personally know of several strong instructional leaders who have left DCPS to work for other school systems because they could no longer deal with the system’s dysfunction. Jason Kamras, the Chief of Human Capital for DCPS, claims that “We’ve invested a ton of resources, energy and money into developing folks and getting the right folks and holding onto the great folks that we have.” Since DCPS is such a data-driven system could we possibly see the data points on retention of staff from 2008 to present?

5) IMPACT isn’t tied to student achievement
If you read the recent stories about IMPACT’s supposed greatness carefully, you may have noticed a sentence like this:

But while average teacher evaluation scores rose during the first three years of IMPACT, the study is silent about whether the incentives have translated into improved student achievement.

Isn’t that what educators are committed to—increasing student achievement?  DCPS administrators are forever ready to put forth that IMPACT is great and test scores are rising. I say it’s time for a little due diligence. If IMPACT is really resulting in higher student achievement, which to district leaders means test scores, show us the relationship between these.

6) District leaders have never owned up to IMPACT’s problems
True leaders ask questions, reflect on the answers and adjust—questions like: How did we devise a plan that only a few people could understand and even fewer could successfully implement? Recently, there was a school superintendent who apologized to his/her entire school community regarding a decision made in rolling out Common Core.  Teachers were frustrated.  Parents were angry.  Students were stressed.  The school superintendent owned the mistake and took full accountability for the aftermath.  When is Chancellor Henderson going to apologize for the ignominy that has come to be known as DC Public Schools?

Better yet, when do we get to assign IMPACT scores to DCPS central office staff?

Adell Cothorne has worked as an administrator in public schools in Washington DC, Montgomery County and Baltimore County. Contact her at adellta724@yahoo.com or follow her on Twitter.