Venture capitalist-turned-documentary-producer Ted Dintersmith is a fierce critic of test and measure, and no excuses charter schools. And he offers a compelling vision of what schools could look like…. 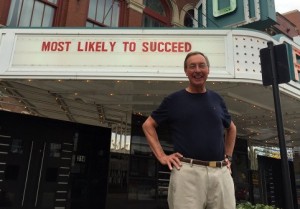 EduShyster: Your new film, Most Likely to Succeed, makes a convincing case that the obsession with standardized testing is leading us over a cliff—and not into a sea of innovation. Why? And keep in mind that there is only one correct answer and that I’m timing you.

Ted Dintersmith: Well, it all depends on how you see the goal of education. If the goal is to teach kids year after year to shut down their creative thinking and stop asking questions, we’re doing a great job. Is school about learning vocabulary and math through repetition and drilling under time pressure? Or is it about doing complicated challenging things that you care about and learning to persevere and be creative and resourceful?

EduShyster: Full disclosure—I initially approached your film with a heavy heart (not to mention a full glass) as it belongs to a category I’ll just call *Our Schools Suck.* But it’s a surprisingly hopeful film, largely because you offer such a compelling vision of what schools could look like. 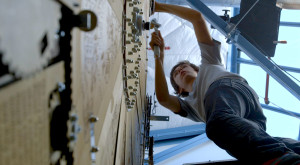 Dintersmith: When people say *is there any hope?* I say walk with me through kindergartens all over your state. Look at the the characteristics of every five year old. If we just didn’t screw that up there is every reason to be optimistic. If we could take those characteristics and develop them and make them more powerful through education, there’d be all sorts of reasons for optimism. What kids tell me in state after state—and I’ve now been in 25 out of 50 states with this film—is that when they have the chance to experience project-based learning, they thrive and blossom and develop confidence.

EduShyster: You’re also critical of the *no excuses* charter schools that are rapidly becoming the norm in cities across the country. We’ve reached the essay portion of the test, so I’ll give you a full paragraph on this one.

Dintersmith: I was at a school in Minneapolis recently that had a bunch of former KIPP teachers and they said that KIPP’s view was that if they just had 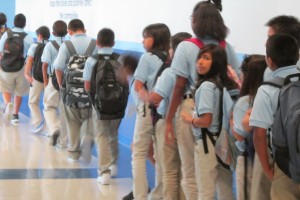 enough adults pushing these kids, and staying on top of them to do every bit of work, and jumping down their throats if their posture slacked, they were doing them a favor. But what they realized was that is that when the kids got out of the KIPP schools, they weren’t staying in college, they were dropping out, because at some point the adults had to stop pushing. I think the battle lines are really drawn on urban education, by the way, and it comes down to whether you see the solution as adults pushing or kids pulling. Are we going to have a *no excuses* approach where you push and push the kids to do incrementally better at math and reading? Or do we put purpose rather than placement at the center of the universe? These are the battle lines.

Are we going to have a *no excuses* approach where you push and push the kids to do incrementally better at math and reading? Or do we put purpose rather than placement at the center of the universe? These are the battle lines.

EduShyster: I hate to break it to you but most of the forces on the urban education battlefield do not seem to be marshalled behind Team Project Based Learning.  Am I missing something?

Dintersmith: The Future Project is a *kids pulling* model as opposed to adults pushing. They’re in big public inner city high schools in places like New York City, Newark, New Haven, Detroit—the kinds of schools that we think are the problem. I think the Future Project represents the antithesis of no excuses. The kids step up to define projects they’re interested in and lead their own efforts that are self directed. That’s completely different from a no-excuses school that tells kids *you’re really not good at reading and math, and you’re way behind on a standardized test basis so we’re going to do whatever it takes to get those scores up.* You should see how students in places like Newark respond when they see the film. You can practically see the lights coming on. They start to think: *what if could go to a school where I actually got to do things?*

EduShyster: There’s an incredible scene that takes place in a an affluent high school somewhere that is clearly not Newark, where a teacher asks his students how he should teach them math. Should he teach them math that they can use for problem solving in life or is their goal to ace the test? I don’t have to tell you how they answer because you made the film… 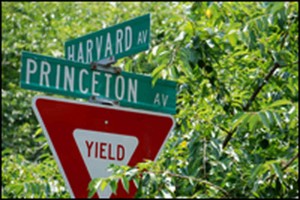 Dintersmith: I see the blood drain out of parents’ faces when they watch that scene, and they think *that’s my kid.* They’ll come up to me afterwards and say *my kid is a great kid, but when I ask them what they’re interested in, they look at me with a blank face. They say ‘I don’t have time to be interested in anything.’* And a lot of the time, it’s the parents themselves who are to blame. You’ve got so many kids are working like crazy because they’re hearing from their parents: *If you don’t get into this elite school your life is going to suck.* But every study shows that your plan for what you’re going to get out of college is far more important than where you go. We see so many kids coming out of college, $150K in debt and working a minimum wage job. I think the parents who watch this film should be going ballistic because we call into question all of these core assumptions.

EduShyster: We’ve reached the *thumbs up/thumbs down* portion of the interview. How do you feel about algebra and calculus?

Dintersmith: Tell me, when was the last time anyone solved simultaneous equations? If you want to say that financial literacy is a requirement, I’ll go for that. Estimation, statistics—I can go for that. But calculus or algebra 2? Give me a break. It makes no sense to require that kids master obscure algebraic procedures that the vast majority of adults never use. And this is coming, by the way, not from someone who doesn’t know anything. I’ve got a PhD in math modeling from Stanford, several published papers in top journals and I ran a math-based chip company for six years.

EduShyster: You’re traveling around the country, showing your film in any school that will have you. It sounds almost like you’re running a political campaign.

Dintersmith: There’s a real grassroots component to what we’re doing. We’re going from school-to-school-school to reach students, teachers and parents. And we’re trying to get to the decision makers too: the legislators, the secretaries of education, the business people. We’re framing the issue very sharply: Is our main objective to engage and inspire our students and teachers or to test and measure them? Right now there is zero doubt that our entire approach is to test and measure them.

EduShyster: Just so you know, you’re the very first venture capitalist I’ve ever talked to. Did I sound hostile?

Dintersmith: Not at all. If you were going to have a hierarchy of awfulness, I’d put your investment bankers at the very bottom, followed by your buy-out guys. Venture capitalists aren’t such a bad breed.

To find an upcoming showing of Most Likely to Succeed, or to schedule one of your own, visit mltsfilm.org.