Meet the test preppies
Young Willard attended Cranbrook Academy, a private boarding school that specializes in college prep. Cranbrook is very similar to KIPP and other No Excuses schools, except that Cranbrookians don’t take standardized state tests so have time left over to study things other than how to take a test. Also there is a strong emphasis on the arts at Cranbrook which seems unnecessary and also a little weird as there are not even any questions about the arts on standardized state tests.

No saggy pants
Cranbrook, like KIPP and other No Excuses schools, understands the importance of pulling up your pants. During his time at Cranbrook, Willard Mitt Romney always belted his trousers as he knew that sagging pants were incompatible with high scores on the tests he would never have to take. Today Cranbrook has a strict dress code that, just like a No Excuses school, forbids hoodies and sagging pants.

Hair should be out of the eyes, well groomed, of a conservative length (above the collar), a natural hair color, and worn without decoration. Slacks, corduroys, fold-over collared shirts (without messages), sweaters, Patagonia style fleece pullovers, and only Cranbrook Kingswood sweat-shirts that are not hooded are acceptable attire. Regular shorts (solid, stripes or plaids) of a modest length are acceptable. Shorts are not to be worn during the winter months of November through March. Sagging pants are not allowed.

Break time
Cranbrook has a generous vacation schedule to accommodate “the value of travel and the benefits that might be gained through experiences in other cultural and geographical setting(s).” This is very similar to a No Excuses school where scholars enjoy regular breaks from test prep thanks to the schools’ extraordinarily high suspension rates. Cranbrook-sters also enjoy off-campus programs throughout the year, including a week-long camping trip in Northern Michigan. Unlike students at a No Excuses school though the Cranbrookians tend to come back. 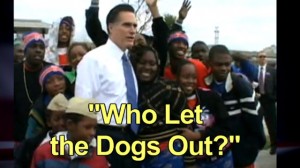 School spirit
Like any good No Excuses school, Cranbrook has a motto intended to keep scholars focused on standardized test prep reaching their true potential as students, as thinkers, and as individuals.The Cranbrook motto is “Aim High,” and comes with a seal designed by Eero Saarinen that displays an archer, Acestes, aiming his arrow high up into the sky. That is very similar to KIPP’s motto, which is pull up your pants Work hard. Be nice.™ Cranbrook alumni refer to themselves as “old Cranbrookians,” which is not nearly as adorable as the nickname that KIPP students have for their school: the Kids in Prison Program.

S.L.A.N.T.
KIPP and other No Excuses schools utilize the patented S.L.A.N.T. technique to ensure that scholars have excellent posture, even when taking state standardized tests.The life-long lessons imparted by this technique include keeping both feet “flat on the floor, your back straight, your head up and facing the speaker, and your hands on top of your desk.” Mitt Romney internalized all of these lessons while at Cranbrook as was on vivid display during the first debate when his pants did not sag once.