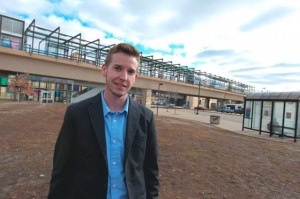 The Twin Cities’ Venture Academy is already raising expectations—not to mention a boatload of cash—despite the fact that the school hasn’t opened yet.

‘Tis the season for miracles and today I give you a miraculous one indeed. Imagine a school so excellent, so innovative that it has succeeded in raising expectations and boosting achievement before its doors have even opened. Where is this miracle occurring? Reader: it’s time to squeeze into your ski pants and slip the insulator over your wine box. We’re headed to Minneapolis, or as I like to call it, the Land of 10,000 Rephorm Miracles.

2 Cool 4 School
Today the Rephorm Express is making but a single stop: the Twin Cities’ Venture Academy. Alas we can’t go inside to see the excellence as the school won’t officially open its doors until August 2013, but breathe in the frosty air, reader, and the scent is unmistakable: audaciousness. Now hater, I know what you’re thinking: how can a school be handed a gold star before it admits a single student? Meet my edu-visionary friend Bill Gates, who just named named Venture one of 20 winners of the Next Generation Learning Challenges award, which identifies breakthrough school models, because next generation learning knows no boundaries.™ 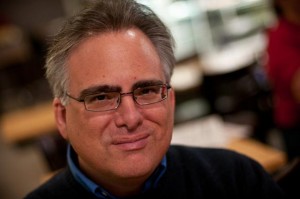 Also, we know that Venture is different because of its totally cool job titles. Whereas old school union-stifled public schools are filled with space occupiers with titles like “LIFO lifer” and “clock watcher,” Venture Academy has a Chief Learning Officer AND a Chief Entrepreneurship Officer. And the stuff they do at the school is way cooler and more innovative than the achievement gap widening that happens at a failing public school—or at least it will be when Venture actually opens. They don’t “teach,” reader, they “transfer” and “coach.” And forget about old school educating—Venture is about Growing Good People™ and Try-Measure-Learn-Iterate-ing™. And how cool is this? During all-school assemblies, students will be encouraged to celebrate “marvelous mistakes” by sharing weekly failures and what they’ve learned.

Wanted: MacGyvers
Did I mention that Venture Academy is hiring? Old, union-stifled teachers need not apply though. Venture is only interested in what Chief Learning Officer Kerry Muse describes on his blog, Blend My Learning, as the “MacGyvers” of education: mission-driven, able to think on his feet and solve complex problems in resourceful and creative ways, and as a scientist he also has in-depth content knowledge. If you’re baffled by this particular pop culture reference allow me to translate: using his Swiss Army Knife and knowledge of a few common scientific principles, the innovative educator at Venture Academy “MacGyvered” a solution to what had long seemed like an intractable problem: poverty, which, by the way, is not an excuse.

The Next Big Thing
But will tricked out job titles and a mad entrepreneurial ethic really be enough to ensure that Venture Academy is able to prepare poor minority students for college? Absolutely, reader. You see Venture embodies the Next Big Thing: blended learning, which will FINALLY reverse our schools’ long slide into suckage by filling them with cool new hand-held devices. And we already know that this approach is guaranteed to succeed because the people peddling the hand-held devices keep telling us this. The only thing holding Operation Big Blender back is that it costs so much to employ living, breathing, teachers that there isn’t enough dough left over to purchase the miracle blenders. Note to LIFO lifers: this is a different kind of blender then the one you fire up at 3:07 PM and, on very special occasions, in the teachers’ lounge.

Miracle.com
That’s why Venture Academy is guaranteed to be a success—it’s the model of the very School of the Future™, one where edu-stuff, helpfully provided by an endless and evolving parade of edu-vendors, is the real star of the show. Best of all, before it even opens its doors, Venture Academy has already joined the ranks of Minneapolis’ growing roster of miracle schools: institutions that teach the EXACT SAME STUDENTS as the city’s union-stifled public schools but with EXTRAORDINARY, OUTSTANDING and AUDACIOUS results. Venture Academy will soon be working miracles with these exact same students—as long as they meet a few simple requirements.

Are you a MacGyver of education? Send comments to tips@haveyouheardblog.com.