Students are told from a young age that the only way to get ahead is to go to college. And that’s bad advice, says writer Neil Swidey. 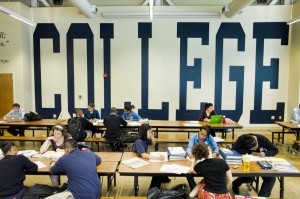 EduShyster: You recently wrote an eye-popping report in which you challenge one of our most deeply held beliefs: that, as you put it, *the best route out of poverty runs through the college quad.* Explain.

Neil Swidey: What we have now is a decades-long consensus of advice that we give students, particularly low-income students, and it’s so widespread and accepted that it’s in the ether. Students, from a young age, are told that the only way to get ahead is to go to college, and not just to college but to a four-year college. But when you dive into the data, as I did for this project, what you find is that the low-income students who graduate, and graduate without a lot of debt, are outliers. And the ones who don’t finish are worse off than if they’d never gone to college at all. So we have to ask ourselves what it means when that good outcome we’re encouraging is statistically very unlikely to happen, and the negative outcomes are much more likely. Of course all students should be able to get ahead. But we can’t be giving students aspirational advice that ends up deepening their hole rather than helping them move ahead.

So we have to ask ourselves what it means when that good outcome we’re encouraging is statistically very unlikely to happen, and the negative outcomes are much more likely.

EduShyster: Inflated promises. Deceptive claims. Vulnerable students. Where have I heard this before??? The schools you focus on aren’t for-profit universities that bear the name of certain presidential contender, though, but the four-year private colleges that are a fixture of the New England landscape. 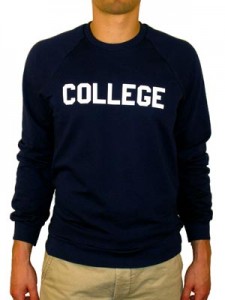 Swidey: What was astounding to me is that when I actually looked at the financial aid offers going to students whose total family income was under $30,000 a year, they were being asked to use that entire amount—nearly $30,000—to fill the gap for one year at a less selective four-year college. That for me, right out of the gate, should raise all kinds of eyebrows, and the colleges need to be held to account and asked *do you think it’s right to be giving a financial aid package to a student that isn’t sustainable when you know that by doing that, things are going to be really tough for them, just on the financial front?* That financial stress, by the way, makes it much more likely that students are going to get off track academically. I do want to distinguish between these colleges and the really notorious for-profit diploma mills that we hear so much about. What you find at many of these four-year colleges are people who believe deeply in the power of college to help students move ahead and make their futures better than their pasts—that’s why they went into education. They really want this to work, but when you get deep into the numbers you realize that it’s not working, and that it’s actually counterproductive because it’s putting low-income students deeper into a hole.

EduShyster: The squirmiest parts of your story are those where you corner various college administrators and ask them what kind of ROI, to use a beloved edupreneurial term, these students can realistically expect. What would a more honest accounting look like?

Swidey: What nobody tells low-income students is that if you go to college and you don’t finish, you’re worse off than if you’d never gone to college at all, because a little bit of college but no degree gets you nothing but debt. I think we need to have a much more honest discussion about that, and the people doing the counseling and giving advice to students, both at the high school and the collegiate level, need to be more in command of what the data actually show. We also need to make sure that our public policy debate is informed by what’s really happening on the ground now and not clouded by our aspirational notions around college. I think the person who summed this up the most powerfully was a former financial aid director who told me that *these kids are being duped when they’re told that this is the American dream.* She was the youngest of six kids raised by a single mother in a South Boston triple decker, so she knows from a personal experience that this could have been her. I think that what’s been missing from this issue is people stepping back and saying *if this were my relative, coming from this situation, what advice would you give her?* That really helps to clear away a lot of the theoretical and aspirational clouds and gets right down to the essential question: is this a good investment?

I think the person who summed this up the most powerfully was a former financial aid director who told me that *these kids are being duped when they’re told that this is the American dream.* 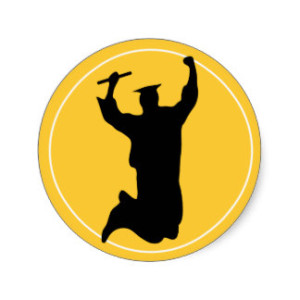 EduShyster: You cite a statistic that I’ve heard at least a million times: that students who earn a bachelor’s degree will earn approximately $1,000,000 more than students who only finish high school. But it turns out that that number is pretty misleading.

Swidey: That’s part of the power of the persuasive argument that all students need to go to college. Who wouldn’t want to earn $1,000,000 more over your career? But those are averages. What the research that I cite found is that low-income students who earn their bachelor’s degree start out earning two thirds as much as an affluent graduate, and that by the mid-point in their career they’re only earning half of what the affluent grad does. If you’re low income and you get a bachelor’s degree, you’ll earn 91% more than your low income counterpart with just a high school degree. But if you’re an affluent college grad, you’re going to earn 162% over another affluent graduate with only a high school agree. College isn’t that great equalizer that we make it out to be, but is a kind of an engine, widening the divide. It ends up helping the students who are already coming from affluent families widen their lead over students who aren’t.

College isn’t that great equalizer that we make it out to be, but is a kind of an engine, widening the divide. It ends up helping the students who are already coming from affluent families widen their lead over students who aren’t.

EduShyster: I chronicle the unintended consequences of education reform on this page, but you opened my eyes to something I hadn’t considered before: how the push for *college for all* is intersecting with the disinvestment from public higher education, which then pushes low-income students to attend colleges that lack the resources to support them financially. Do I have that right? 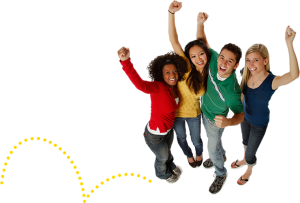 Swidey: Because we have underfunded our public higher education system, particularly in states where we have a lot of private colleges, like here in Massachusetts, those public institutions go chasing dollars elsewhere. They want to increase their ranking on US News and World Reports and they know that a good way to do that is to get affluent out-of-state students, and to take some of their scarce institutional dollars and give it to those students as non-need-based merit aid. They know that a few thousand dollars will make the difference in convincing some out-of-state student to pick your public college as opposed to some other state’s flagship public university. So they end up using that money for those students, leaving fewer dollars for in-state low-income students. Which means that those students have to find somewhere else to go, and that often means going to small, private colleges that face their own pressures and are eager to take these students. But these colleges don’t have the money to give these low-income students adequate funding so that they can go there without incurring a ton of debt.

EduShyster: You’re focused mainly on the financial toll that debt but no degree takes on low-income students, but I’m curious about the psychological toll. Did the students you followed talk to you about that?

Swidey:  Absolutely. There’s a financial vise that tightens when you go along this path, and there’s an emotional vise that tightens as well. These students feel embarrassed and there aren’t great resources to help them get back on track and do something with this investment. These are usually promising students who somebody saw something in and really encouraged, so they feel like they’ve let a lot of people down. But because it wasn’t made clear what they were getting into it, it was almost pre-ordained what was going to happen.

Neil Swidey writes for the Boston Globe Magazine and is a co-founder of the Alray Scholars Program, a non-profit that helps students in Boston who drop out of college return to college.