When a state pension fund gets a *glamourous* makeover, public employees get taken to the cleaners… 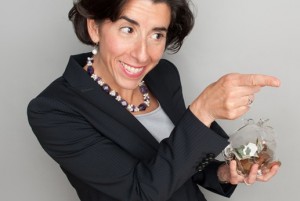 Few people personify the ethos of post-industrial, post-partisan, and post-scruples America like Gina Raimondo. General Treasurer of the great state of Rhode Island—which I am told by reliable sources is to be found somewhere north of Manhattan—self-described venture capitalist, a fanatical mathematics enthusiast, hedge fund darling and neoliberal Democrat—but I repeat myself. Now it is an unfortunate reality of our times that finance-preneurs like Gina inevitably attract their share of haters… 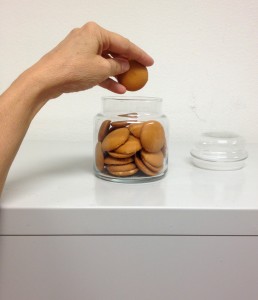 Cue haters
There has been much hullabaloo about Gina’s investing $2 billion of Rhode Island’s $7 billion state pension fund into hedge funds, including her *own* firm. OK—so it’s true that in the finance industry it is considered somewhat unseemly to directly pocket the assets one is paid to manage. One is supposed to set up a far more discrete screen of consultants, firms, friends, relatives and a complex kickback structure. But that is exactly why people like Gina are such a breath of fresh air: innovative, disruptive and unconcerned with backward and fuddy-duddy notions like *self-dealing* and *conflict of interest.* If she didn’t have serious cred, would out-of-state hedge fund managers have spent big to sweep her into office? Besides there is proof that Raimondo’s cookie-jar-dippery has been perfectly ethical: there’s been no criminal investigation—at least so far!

Can we talk?
Now for some background. Like most of its peers around the nation, the Rhode Island state pension plan is underfunded. This means that there isn’t enough money in it to pay for the (lest we forget, legally binding) future promises Rhode Island chose to make to its public employees. Two things are worth noting. First, while the funding gap is real, and very worrisome, these plans are not going to run out of money any time soon. Second, the size of this gap depends on assumptions one can make about factors with varying degrees of uncertainty and honesty. In other words, we have the perfect set up that attracts feisty financial entrepeneurs like bees to honey: trillions of dollars in assets belonging to no one in particular; critical assumptions easily fudgeable in large excel spreadsheets; and a safe time gap between the collecting of fees and the day of reckoning, which enables nimble go-getters to move on to the next thing long before arrests are made. 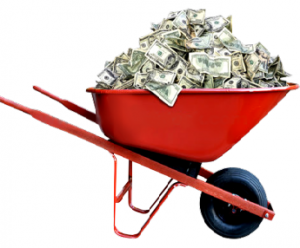 Big assets
Unsophisticated individuals may think that if a pension plan does not have enough assets to cover its future expenses under reasonable assumptions for stock and bond market returns, the obvious solution would be to, well, put more actual, physical cash into the thing. There are many problems with this solution. First, actual cash is a scarce asset, and it does no one any good to waste it in silly ventures like workers pensions when there are much more productive ways to spend it. Second, stodgy stock and bond index funds are notoriously cheap and fail to generate the steady stream of fees and commissions that our wonderfully innovative financial industry has come to depend upon. Fortunately, there is a much better way! 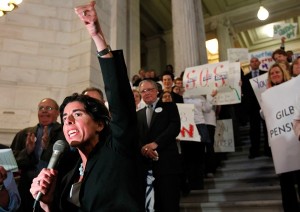 Rhode Island’s Gina Raimondo has been a tireless cheerleader for alternative investments and their hefty fees.

Glamour stocks
Here is where Gina Raimondo comes in. In addition to being Rhode Island General Treasurer, she’s a glamorous and tireless cheerleader for “alternative” investments, particularly when she’s personally on the receiving end of the fees! Gina has been pushing to move as much money as possible as quickly as possible into the more glamorous side of finance. Alternative investments (mainly hedge funds, private equity and real estate) solve in one stroke both problems outlined above. On one hand, they promise to generate better returns with less volatility than boring combinations of low-cost index funds (so called passive management) – alas, this promise is usually carefully wrapped in 50-page-long hair-raising disclaimers that investors have to sign before handing their money to the geniuses. On the other, the money managers guarantee that they will charge enormous fees and commissions for their trouble.

High cost, high fee, high glamour
Gina has been hard at work pushing as much money into the glamorous side of finance as quickly as she can. The total invested in alternative investment under her watch has gone from 0 to a cool $2 billion, generating a fantastic $70 million or so in fees in one year alone! It was money well spent: as of August 31, Raimondo’s high cost, high fee, high glamour portfolio had generated a net return of 6.9% annualized since November of 2011. Of course, an old-fashioned S&P 500 index fund with near zero fees and total disponibility of funds on 24 hour notice would have returned 9.7% over the same period. Over the past year, the gap has grown. Stodgy beat glamour 18.7% to 9.9% In fact, there are any number of studies out there showing that, as a whole, alternative investments fail to make money for anyone not on the receiving end of their fees. That’s exactly why you need people like Gina and her highly compensated Cliffwater LLC consultants: to explain why 7% is better than 10%, however it may look like to the untrained, unglamourous eye.