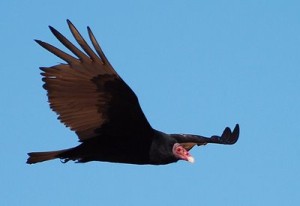 By Tim Fournier
I started teaching in the Detroit Public Schools in 1993, the very year that Michigan approved its first charter schools. Last week The Detroit Free Press published the results of a year-long investigation into the state’s now 20-year old experiment with charters. The series confirms what many of us predicted back then: that freeing these schools from oversight has left them uniquely vulnerable to profiteers, hucksters and charlatans. *Vultures* was the word I used in this letter to the editor I wrote back in 1996.

The wheat from the chaff
When the first charter in Michigan opened its doors, advocates made a pact with state taxpayers: remove the *bureaucratic shackles* and innovation would logically follow, reaping better student outcomes. And as parents exercised choice, the market would respond by separating the wheat of excellence from the subpar chaff. 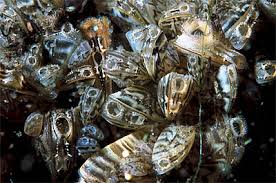 Meet the Zebra mussels
But as the Detroit Free Press series makes clear, only the choice part of the equation held up. While parents left neighborhood schools and even private schools in droves (an estimated 140,000 Michigan students currently attend charter schools), what blossomed wasn’t innovation but corruption. As for the much-touted wisdom of the market, it was no match for the slippery *edupreneurs* with political ties who proliferated like Zebra mussels. Failing charters were protected and the promise made to parents was broken: Michigan charter schools over twenty years have not yielded better returns overall than the schools they set out to compete against.

Career readiness
Taxpayers in Michigan invest more than $1 billion per year into the state’s charter schools. Where does that money go? The Free Press found one charter school that spent more than $1 million on swampland. Another charter specialized in *career readiness,* providing jobs and millions of dollars in business to multiple members of the founder’s family. Another charter administrator scored a severance package worth $520,000 in taxpayer money thanks to board members charged with *overseeing* the school. Michigan’s weak laws regulating charters—among the weakest in the country, according to the Free Press—have proved irresistible to for-profit companies, many of whom operate with the understanding that once public money is in their hands, it becomes private money.

A vulture-free zone
The Free Press featured a handful of charter schools that have made good on that original pact with Michigan parents and taxpayers. Within these schools are hardworking, talented administrators and teachers, working alongside parents and students to produce great learning. These successes should be applauded, but we should also take note that innovation on that scale can already be found in the traditional public school setting. In fact, I would argue, that the investigation sounds a call to recommit to our traditional public schools and the parents and children they serve by making public education in Michigan a *vulture*-free zone.

Pure Michigan
My state brands itself to visitors as Pure Michigan, but it’s not easy to find much *purity* here these days. From former Governor Engler to the present Governor Snyder, our executives and legislature have bent to the will of a wealthy lobby that is ideologically set against anything government-run.  These savvy business folk have found it easy to dismantle traditional public education while making an easy coin off of charters that make a mockery of their original promise. Worse still, these shysters execute their shady business plan in the name of Michigan’s schoolchildren. The Free Press has gone a long way to reveal that these opportunists do not have best interest of education in mind. More importantly, it is clear that selling our public schools in the freewheeling marketplace is in no one’s best interest.

Tim Fournier is a former teacher in the Detroit Public Schools. Follow him on Twitter @pepinosuave. Send tips or comments to tips@haveyouheardblog.com.