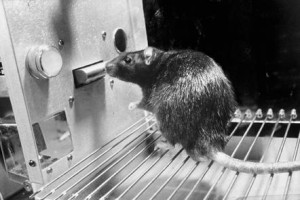 Do you dream of being part of our nation’s greatest experiment in urban education? I know I do—which is why I was thrilled to be the recipient of a recent Google ad inviting me to Teach, Live and Love New Orleans. Welcome to NOLA, reader, where you’ll find plenty of *that je ne sais quoi, that elan, that bon temps* but absolutely pas d’excuses. In other words, it’s time for us to button up our lab coats and get busy. We’ve got a city to colonize an achievement gap to crush. 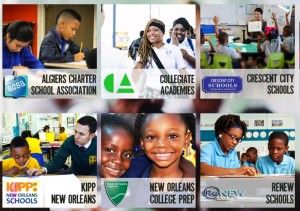 Whiter and brighter (and an outsider)
The first thing you’ll notice about our laboratory of innovation is that most of the other lab technicians are, to use a bons mots, whiter than a lab coat. That’s because while NOLA, as we’ll insist upon calling it, abounds in *locavore markets and stores,* you won’t find many locavore teachers here these days. Nor will you find many African American teachers, despite the fact that New Orleans remains a majority/minority city. Both are long gone, fired (illegally, as it turns out) in the wake of Hurricane Katrina, leaving nothing behind but low expectations and *historic homes at attainable prices.*

Pas d’excuses
Look closely at the brighter, whiter, outsiders working as lab technicians and you’ll notice something else: they’re all performing the exact same experiment. *School choice abounds,* it’s just that all of the schools offer the same choice. Take the seven charter management organizations that are behind the Teach, Live and Love New Orleans teacher recruitment campaign, for example. While the badges on the lab coats may be different, they share a single working hypothesis: for students to achieve they must first be taught to submit to adult authority, no excuses. As for emerging evidence that such an approach causes students to distrust and disparage themselves, may I remind you that *every student can have lifelong success and achievement, regardless of their socio-economic status or zipcode*? 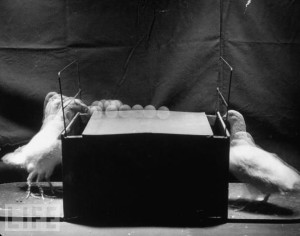 New schools, old theories
I’m guessing that, unless you are Arne Duncan, you did not attend school in a laboratory. And yet, even if some of the bold urban education innovations in NOLA, like walking in straight, silent lines, silent recess, or cool hand gestures used by students to indicate that they need to go to the bathroom, are new to you, I’m betting that you’re familiar with the theory behind these innovations. Remember that Psych 101 class you took where you learned about B.F. Skinner and his brand of behavioral psychology? If you were the kind of college-ready student who actually attended class, you may even recall something called *operant conditioning.* Want to teach a pigeon to turn in a circle to the left? Just give it a reward for any small movement it makes in that direction. Soon the pigeon will catch on and begin making larger movements, garnering more rewards, until finally the bird completes the full circle. And as for that bit in Psych 101 about Skinner-style behaviorism being rejected decades ago, who learns anything in college anyway? 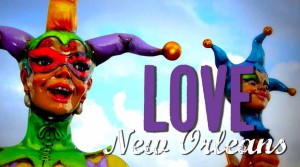 Laissez les bons temps rouler (after testing season)
You know what else is great about NOLA? All of the art and music, which you will find just about everywhere in this city, except for in the schools. In fact, kids have 88 charter choices to choose from, but just one has an arts and music focus. Which is sort of an interesting experiment, when you think about it. From whence will the city’s future musicians come from now that the Big Easy is the undisputed capital of no excuses? 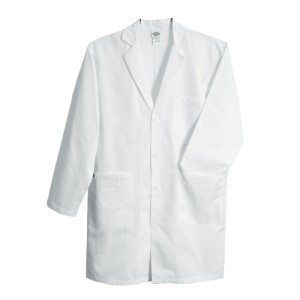 Exit ticket
NOLA’s bold experiment in urban education may be a mere decade old, reader, but there’s one conclusion of which we can be certain. Teaching in an *urban education laboratory* is exhausting—hence the fiercely urgent need for fresh talent as yesterday’s technicians hang up their lab coats and move on to less punishing work. Which is why Teach, Live and Love New Orleans wants you—and me—to work in an amazing city where *we all teach, live, and love.* *We love to live here, and you can too.*