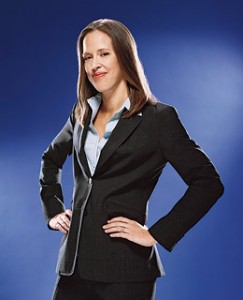 Teach for America foundress Wendy Kopp read Jonathan Kozol’s latest book, Fire in the Ashes, and thought it was a real dud. One complaint: Kozol doesn’t mention TFA once!

If you were thinking of ponying up $20 to buy Jonathan Kozol’s latest book, Fire in the Ashes: Twenty-Five Years Among the Poorest Children in America, don’t bother. EduShyster has it on EXCELLENT authority that the book suuuuuuuuuuuuuuuuuuucks. While I haven’t actually read Fire in the Ashes, I know someone who has—Teach for America foundress Wendy Kopp—and she thought it was a real dud.

You see Kozol has spent the past 642 years writing about the scourge of poverty among America’s children, racial segregation in the public schools and inequities in education funding—all of which we now know DO NOT MATTER AT ALL. In fact just by mentioning these non-mattering factors Kozol is practically a one man excuse factory.

But his harping on the non-mattering is just the start of Kozol’s sins in Wendy Kopp’s eyes. The dude is also a real downer. While Kozol goes on and on and on and on and on about poverty and inequality somehow he missed the great news that Kopp and Kompany have been working well-funded wonders. The solution is as obvious as it is attractive to donors: recruit fresh-faced white college grads from privileged backgrounds and send them into the inner city to motivate Rachel’s children with their high expectations. Come on Jonathan, get with the program!

It turns out that Kopp isn’t the only reform krusader that Kozol ignores in his 368 paged screed of doom. As Kopp can’t help but observe, Kozol completely ignores Education Reform, Inc. and its many outstanding successes and innovations.

[Kozol] neglects to mention the transformation of the education landscape in New York City over the past decade since Mayor Michael Bloomberg took office and made improving schools his signature issue. Whether or not you agree with Bloomberg’s agenda, it’s a glaring omission to ignore what Harvard’s education school dean described as “the most dramatic and thoughtful set of large-scale reforms going on anywhere in the country.”

Kozol also fails to recognize the countless organizations and individuals who have been working for years to give low-income students an excellent education and alleviate the conditions they face. Groups such as KIPP, Citizens Schools, New Leaders, Harlem Children’s Zone, Jump Start and Stand for Children — not to mention committed social entrepreneurs, community leaders and educators — have generated huge momentum behind this cause. Many of them are working in Kozol’s old stomping grounds in the South Bronx.

What a disappointment that Kozol’s book, billed as the culmination of his career, should dwell on failure rather the success of Wendy Kopp and her rephormer phriends. My only complaint is that Kopp limited herself to ripping this one book to shreds. Surely now is the ideal time to revisit Kozol’s entire low expectations oeuvre. In fact I’ve got a better idea! Why doesn’t Wendy K offer Kozol a helping hand and rewrite some of his gloomy doorstops???

Now those would be books worth reading…