When I heard the story of a teacher at Massachusetts’ largest charter school who received a $6,087 *bill* from said school after he let them know that he wouldn’t be returning to teach there this fall, I had to know more. Surely there had to be some kind of mistake or miscommunication, and by *we’re claiming liquidated damages,* the school really meant *thanks for your years of service and good luck at your new job.* So I did what anyone playing the part of a journalist on the Internet can do. I contacted the teacher and asked him if he would consent to a tell-all on my blog. To which his lawyer said *please don’t.* But I was still left with another unanswered query—call it Question 2—what kind of a school goes after a teacher like this anyway? It’s field trip time, reader, and we’re off to a mystical land known as the Mystic Valley.

The other kind of charters
In our endless, frenzied debate over whether or not to expand charter schools in Massachusetts, there is one varietal that you haven’t heard much about. While scriveners near and far scriven away about our inCREDOble urban charter success stories, the suburban stars have been given short shrift. Those
would be the subset of schools begun by middle-class parents to provide a private-school type education to their own kids at public school prices. Often offering the kinds of specialized programming that middle class parents crave—international baccalaureate! STEM! Chinese immersion!—these schools are known for looking, well, just a little bit different from their sending districts. 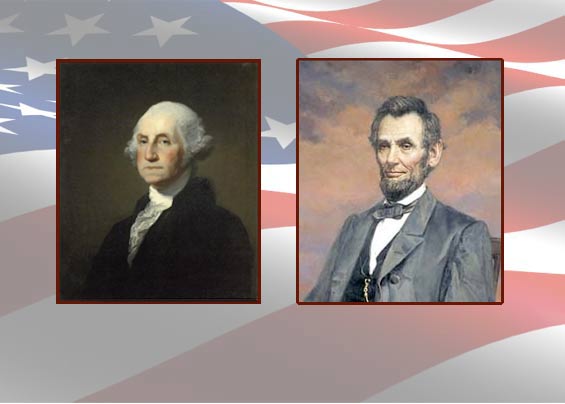 But I am getting ahead of myself. Our story starts nearly two decades ago when a tight knit group of friends and family members known as *the founders* founded the Mystic Valley Regional Charter School or MVRC with the aim of providing *a world-class education characterized by a well-mannered, disciplined and structured academic climate,* informed by the principles of the Constitution and the Declaration of Independence. And the school soon amassed what are in these parts the coin of the realm: high MCAS scores, not to mention accolades from the likes of US News and World Report, which declared MVRC one of the best high schools in the country. But even as the waiting list grew—look kids, the longest in the state!—complaints from parents and other *stakeholders* began to pile up. By 2013, state education officials had amassed more than 338 pages worth of *inquiries,* not including concerns registered by phone, or the ones collected and shared by parents on this anonymous parent-run website. So what were parents complaining about?

In which we pause briefly to consider one downside of the charter model
Let’s pause here briefly to consider why these parents have been deluging state officials with their complaints. You see, because charter schools are autonomous, overseen by their hand-picked boards, parents who have issues with the school and its management have no choice but to bring their complaints to the friends-and-family-esque Board of Directors. Which can be *awkward,* not to mention difficult, because of the board’s penchant for conducting much of its business out of view of the public. The state, meanwhile, doesn’t have much leverage either. While it can step in when the law is being broken or non-complied with, there is no statutory penalty for what might best be described as *dick-ish-ness.* Add in the fact that Mystic Valley is awash in the very treasure that the state most treasures these days—high MCAS scores and a long wait list—and, well, you see where this is not going. As for those unhappy parents, they have a choice: suck it up or *vote with their feet.*

While the state can step in when the law is being broken or non-complied with, there is no statutory penalty for what might best be described as *dick-ish-ness.* Add in the fact that Mystic Valley is awash in the very treasure that the state most treasures these days—high MCAS scores and a long wait list—and, well, you see where this is not going.

Well, there was one thing the state could do. You see, it was the fondest wish of the founders to *grow* the school to meet the demands of the ever growing longer wait list (did I mention that it’s the longest in the state?), and besides, there was all of that new property hanging around. To which the chief state official, Mitchell D. Chester, said: *DENIED! Not until you do something about your clear record of insularity and opaque decision making.* Thus kicked off a years-long war between the state and the school’s founder, Neil Kinnon, who, somehow found the time when he wasn’t micromanaging the school he founded to 1) serve as Malden City Councilor (raising various conflict of interest-type thingies) and 2) run for state rep, a campaign that, while attracting few voters, did draw the support of—wait for it—Democrats for Education Reform. Oh, and the fresh-faced youth handing out Kinnon fliers at campaign events? Those were Mystic Valley students fulfilling the school’s community service requirement. Which seems like a clear conflict of interest. Neil Kinnon, what say you?

*I don’t see it as a conflict of interest because it’s completely voluntary. Nobody has to come, nobody’s coerced into coming; nor are they for anything else that any other organization or any other person, you know, has used them in the past.*

He’s baaaaaaaaaaack
In the interest of brevity, I will rocket through what happened next. The board got slightly less insular and opaque-y and even got a new chairman, who
was not founder-in-chief Neil Kinnon. To which the state said:  *OK—ya’ll can expand.* Minutes after which Kinnon figured out a way to get re-re-elected as chairman of the board, resulting in the dramatic resignation of the new chairman we introduced a mere two sentences again. As former chair Fran Brown explains in the resignation letter he made public: *I don’t think the board was acting in the best interests of the school or the students, and that’s why I didn’t feel like being part of that.*

Let’s return to the original question that kicked off this story, shall we? What kind of school goes after a teacher the way that Mystic Valley Regional Charter School has gone after this teacher, to the tune of $6087 to be precise? I think we have the answer to that, reader. But another question remains unaddressed. Is it typical for a charter school to require its teachers to sign contracts with *non disparagement* and *liquidated damages* clauses and, in the case of Mystic Valley, *non-compete* language discouraging teachers from taking jobs in sending districts? The Mass. Teachers Association wondered that as well, so they sent a public records request to the state asking to see the employment contracts that DESE is supposed to collect and make publicly available. Alas, the MTA was informed that: *for most charter schools, DESE does not possess copies of the current personnel contracts.*

At last, reader, we have reached our final question. If the state can’t monitor the publicly-funded, privately run schools it oversees now, what’s going to happen when it’s expanding the stable at a clip of 12 new schools a year? Did someone mention Question 2? Why I believe that’s the Mystic Valley Regional Charter School, now the largest charter school in the state, asking parents to *like* the Governor’s passionate appeal for lifting the charter cap and share it on their own Facebook pages. The clear violation of the state’s prohibition on using public resources for campaign purposes is just the sort of thing that could get Mystic Valley in trouble with the state—again—that is, if anyone was watching. Anyone? Anyone?

Editor’s note: since I posted this piece, I’ve heard from a number of parents and former teachers at the school notifying me about various details that I missed in the story. I can’t include them all but am adding a few eye poppers and will continue to update as new information comes across the transom.

One reader pointed out that Kinnon has led the charge against affordable housing in Malden, arguing that there is a *direct correlation between low incomes and special education rates.*

Another noted that I left a key piece of property out of the MVRC portfolio: the city fire station, a purchase that was made while Kinnon was city fire commissioner.

Send tips, comments and portfolio expansion opportunities to jennifer@haveyouheardblog.com.  Like my work? Help me do more of it.