The jobs of tomorrow are here today—and they suck… 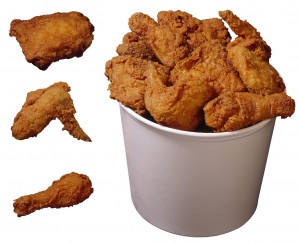 Reader: as a white person, I am required by law to listen to at least 12 hours of National Public Radio per week. (Note: 12 hour minimum does not include on-air fund drives). Which is how I happened to find myself tuned into a recent episode of On Point on the fast food economy and the wave of strikes by fast food workers. The show, hosted by the mellifluosly chiding (chilliflous?) Tom Ashbrook, featured 34-year old Terrence Wise, a fast food striker in Kansas City, MO with three children, two jobs and no home, who believes strongly that his profitable employers should “share the wealth.”

A small order of context
But first, a small order of context. As a voracious consumer of both fast food (one shiny thumb up for the new Bacon Habanero Ranch Quarter Pounder!) and all things education reform, I often find myself wondering if the leading luminaries of the effort to shape up our failed and failing public schools have ever set foot in an actual urban area. No—not the mythical place in which all roads lead from the corner of charter and innovation direct to the campus quad and a future of 21st century skills and prosperity. I’m talking about real cities: the abandoned hell-scapes, large and small, that seem to consist of nothing but competing payday loan store fronts, liquor stores and fast food franchises. 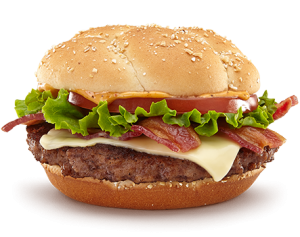 Would you like fries with that reform?
Key to the reformy vision of helping poor minority students overcome the poverty that makes them poor without actually doing anything about poverty itself is the glittering prospect of a skilled and prosperous future. But on the question of where all of these KIPPsters and PREPsters and UNCOMMONsters and ACHIEVErs are supposed to go and what they’ll do once they get there, the reformy vision is oddly and uncharacteristically silent.

One big, flame-broiled whopper of a myth
Oh sure, there are the obligatory references to the “skills gap,” healed at last by the dismantling of our public schools. But that’s a flame-broiled phony, trumped up by employers who are no longer willing to pay for training or who can’t find workers willing to work for the 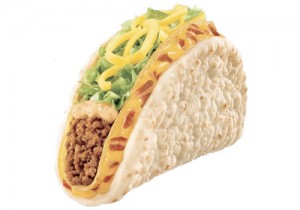 paltry wages they’re willing to pay, and enabled by lazy journalists and reformers themselves. The real careers of the 21st century future belong to a category that might best be described as “shit jobs“: personal care attendants, home health aids and fast food—especially fast food. Since 2010, fast food jobs, like griller, frier and gordita assembler, have grown more rapidly—an astonishing 11%—than any other segment of the US economy. A full 5% of the jobs added to the economy since 2010 have been fast food jobs.

Hold the benefits
That’s not to say that our urban college-bound students will have to take a “shit job.” As long as they are willing to leave behind the urban areas from whence they came (the same areas, coincidentally, at which fast food jobs are growing at the fastest clip), they’ll be able to choose from a growing array of “bad jobs.” The list of bad jobs currently includes any position that can’t be done by a robot, a chimp or a nimble-fingered youngster in another land, pays $37,000 or under, and is free of perverse incentives like health insurance and employer-sponsored retirement plan. And there’s more good news. With more jobs transitioning from good to bad every day, our poverty-overcoming job seekers will soon have more bad jobs to choose from than ever before. Like teaching, for example. 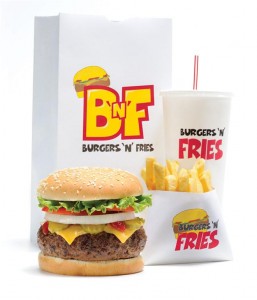 Moralistic chiding—to go
Meanwhile, the hour was growing late and I still had 30 minutes to go to meet my legally-mandated NPR minimum. Fortunately, our long-suffering fast food striker, Terrence Wise, had met his match in the sternly accented and preposterously named Diana Furchtgott-Roth of the Manhattan Institute. When Wise made the claim that workers like him are paid pennies for what they do, and that fast food jobs could be good jobs if employers would just pay more, Ms. Furchtgott-Roth countered with some tough go-to-college love. But as Wise explained, while the $9.30 per hour he makes at Burger King and $7.47 he makes at Pizza Hut aren’t enough to cover tuition for him, his wife had gone back to school and gotten trained to be a certified nursing assistant. She’s now making $9 an hour.

Will that be all?
Not quite. I’m going to let Terrence Wise have the last word because he is one of the most articulate and appealing class warriors whom I’ve encountered in a long time. (Apologies to the man to whom I’m *technically* married).

The people behind these counters are struggling and this is a cry for help. If we’re making billions for these companies, they need to take care of their workers. I also want workers to know that it’s OK to stand up and demand better from your company that you work for. Don’t be afraid.

But On Point host Tom Ashbrook, at his bootstrapping-est best, still had a last inanity to intone. Wasn’t Terrence afraid that he might lose one of his fast food jobs as a result of being so, well, outspoken?

My life is slowly deteriorating. What else do we have to lose? We either stay in silence and continue to suffer or we ask for change.