By Sue Altman
John King cancelled a town hall style meeting in Garden City, NY this week where he was scheduled to discuss policy around testing and education reform. Following a raucous meeting in Poughkeepsie, King accused “special interests” of “manipulating parents” and called off the show. 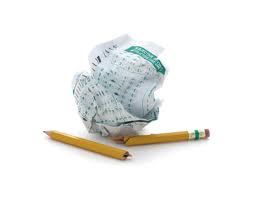 Gasp! My goodness, will someone please tell us, who are these “special interests” that lurk so menacingly this October? Are they swashbuckling pirates wheeling and dealing crooked deals in yachts off South Hampton? Or thuggish crowbar-swinging hit men sent by mobsters from Merrick?  Who are these henchmen so prevalent and powerful that King John feels he must hop on his headless horse and flee to Albany?

I was confused myself, since I know that everyone you meet in college is from Long Island—so who better to know what it takes to be *college and career ready*? It turns out there is a little something brewing on Long Island, and it’s not iced tea or a late summer hurricane.

The testing opt-out movement, a boycott of standardized tests, is 10,000 strong on Long Island. Ten thousand!!! You think that has something to do with King’s avoidance of the place? Maybe he knows he might have trouble explaining himself to a crowd of well-informed, well-organized, angry Long Islanders.

Garden City might well have become an epicenter of controversy for thousands of angry, frustrated parents demanding answers from King. And, if that town hall had taken place, we would have heard stories from the students themselves (very eloquent and well-educated, despite what the make-believe scores say) about the countless hours of new testing, the anxiety starting in third grade, the stressed-out teachers and the crying in the bathroom. Maybe we would have heard about double sessions in reading and math. About lost time for arts and music. About how private school kids get those things in abundance, but students attending New York public schools don’t. The meeting, and King’s appearance, would have given thousands more confused moms and dads who have heard about the testing boycott, a chance to hear both sides before deciding what to do this fall.

The opt-out movement is well organized. It is headed by parents, whose members include lawyers, stay-at-home moms, academics, secretaries, small-business owners. No, they are not sent by the unions. No, they are not influenced by mobsters, henchmen or, ahem, billionaires. They. Are. PARENTS. Opt-out members cut across districts, race, socioeconomic status, and, most importantly, political party lines. They have one thing in common: they are parents. And they are highly suspect of anything that makes their child hate school. The right hates the governmental influence in education; the left hates the testing part. And everyone hates seeing unhappy children.

These people want to make sure that their children, who have one shot, right now—receive an education that is well-resourced, well-balanced, and inspiring. They are parents whose special interest is…their children. 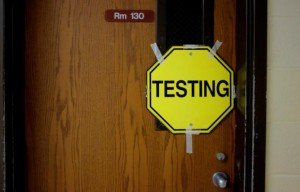 These citizens are sick of being treated as “consumers” and their children as “products” for whom education is “delivered.” When you treat people like consumers, you get a consumerist response. Angry consumers who want to make a point about something engage in boycotts. The testing boycott is about something larger than tests; it’s an expression of frustration at being excluded from a vital democratic process. The boycotts are last resort of people who feel the state and national departments of education are ignoring them and their children; it is the last weapon they have against this wave of corporate-inspired accountability reforms.

John King’s cowardly decision to skip Tuesday’s town hall in Garden City and cancel the rest of the meetings in New York State is an example of an awful trend of anti-democracy in education. But for boycotters, these moments are a call for others to join the cause.

John King has given New York parents the perfect spark to fuel the boycott fire. This might be King’s greatest legacy.

Sue Altman recently completed a dual Master’s degree in International and Comparative Education and Business Administration at the University of Oxford, UK. Her thesis focused on parent motivations for the boycott of standardized tests in New York, 2012-13. Prior to her time at Oxford, she taught history for four years in New Jersey. Follow her on Twitter at @suealtman.