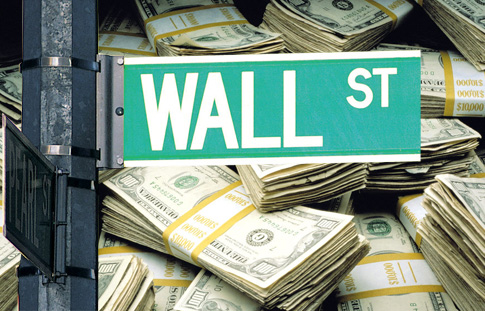 When a major Wall Street investor and the CEO of a fast growing chain of charter schools get together for a chat, what do you suppose they talk about? Well that’s obvious. They talk about the kids of course, and their shared dream of *crushing* the achievement gap in order to put those kids on a path leading straight to 21st century skills and success. In fact, when an executive from Prudential Financial and the CEO of the UNO Charter Schools in Chicago conversated this spring, the kids were topic #1. Let’s listen in, shall we?

Rangel: Hello. And thank you for taking the time to speak with me today about the kids.
Levy: While I am very busy, I can always make time to talk about the kids because, as I like to say, it’s all about the kids.
Rangel: Would you like to hear about the various ways that UNO is *crushing* the achievement gap and putting kids on a path to 21st century skills and prosperity?
Levy: Boy, would I! I am investing in the future of minority kids in Chicago because I dream of a day when the financial services sector will not be dominated by the children of prosperous white people.
Rangel: How it pleases me to hear you say that, my brother. We are definitely on the same page when it comes to being in it for the kids.
Levy: I know we’ve reached that awkward part of the conversation when we should really talk about the $37.5 million we lent you but, man, I almost hate to go there. I just want to keep on keeping on talking about the kids. You know what I mean?

Missing kids
Reader: I know what you’re thinking—it’s like we’re right there on the horn with them! Alas, the audio of the actual conversation between Rangel and Levy, kindly shared by the Chicago Sun Times, is just a little bit different. The kids were never mentioned. Neither was the achievement gap, excellence, innovation, 21st century skills, outstanding-ness or even edupreneurs. The “investor update call” was about one topic and one topic only: cold hard cash.

All in the family
First a little background. In 2011 Wall Street investors ponied up more than $37 million to help fund the rapid expansion of UNO Charter Schools, the largest network of charters in Illinois—which, by the way, has a long history of being all about the kids. Things were going great until the Sun Times discovered that companies owned by two brothers of a high-ranking UNO executive had received $8.5 million in state grant funds. Which led the state to halt payments on an additional $98 million in state grants going to fund the construction of a brand new UNO charter, UNO Soccer Academy Charter High School. Got it?

Which leads us to the extremely *awkward* little chat between Prudential’s Levy and UNO CEO Rangel. In the first segment, Levy grills Rangel about UNO’s all-in-the-family approach to contract procurement, warning that UNO has succeeded in giving the excellence-hating Chicago Teachers Union a nice bit of ammunition. “I don’t have to tell you that the CTU and other folks will look for anyway to bring down charter schools.” You see, Levy *gets* that the CTU is in this game for the money, unlike say, Prudential Financial, which is clearly in it to help the kids. Listen in here:

Did I say “financials”? I meant “kids”
But Prudential’s Levy had another issue weighing heavy on his mind. Earlier this spring, more than 400 teachers at the 13 UNO schools in Chicago voted to form a union. And since UNO teachers earn an average of $20,000 less than their counterparts at district schools, Levy had an obvious question for someone who is investing in the future of Chicago’s kids—or ‘kid futures,’ as I like to call them. “Have you done any analysis on how this will impact your overall financials?”

Having seen UNO’s financials, Levy no doubt knows that UNO is what an analyst might call “top heavy.” As of January, the charter chain’s management staff included 44 employees earning close to $85,000 a year, and six executives with annual salaries of at least $150,000.

By the way: listen to the end of that clip and you’ll finally hear a mention of “the kids.” Well, sort of… Director of Finance Kathy McIntyre assures Levy that UNO won’t be giving the teachers a $20,000 per year raise, and that their pay will likely be tied to “per pupil funding.” See? It really is about the kids…

***Note: this is not an actual transcript but a simulation based on extremely advanced technologies and quantum theories of probability.