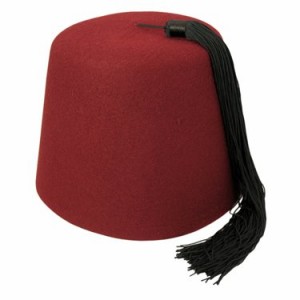 To prevent an anticipated gaping gap in STEM graduates, Massachusetts must lift the charter fez.

Can a burgeoning Turkish empire of science charters that is absolutely not affiliated with the Gulen movement solve our looming STEM emergency?

By the time you finish reading this sentence, our failing public schools will have failed to produce 1,283 engineers, 396 brain surgeons and four rocket scientists. (Chances are, if you are a product of our failing public schools you are still digesting the former sentence). To sum up: we have a crisis on our hands, people. It’s called the STEM crisis and it is more fiercely urgent than all of our other gaps and crises combined.

Fortunately this urgent crisis has an obvious solution, which just happens to be the same obvious solution to all of our other urgent crises: establish a fast-growing empire of excellence and expansion. In Massachusetts, the pioneers of ‘operation solve the looming STEM crisis’ can be found at the helm of the burgeoning Pioneer family of science charters. And for the record all of you haters of excellence and progress, this mini Turkish empire of charter schools has absolutely NOTHING to do with the vast and mysterious Gulen movement led by Turkish imam Fethullah Gulen.  Here’s how the school’s founders answered questions about this non issue from state education officials, who are poised to approve the opening of another non-Gulen academy of excellence this week:

“For the record, how do you respond to allegations that [Pioneer Charter School of Science] is part of an already existing network of charter schools with ties to the Gulen movement?”

Everything is monitored. We don’t ask people’s affiliations. We have a lot of teachers working from surrounding communities. There are a lot of blogs around, and misinformation. Some of our backgrounds are from Turkey; because of that there is an association that people want to attach to us; usually those are from opponents of charter schools. We are not a Gulen school. People on the board or in school can be from any background. We focus on quality, our students, and their achievement.

We are a public school. We don’t discriminate on race, ethnicity or religion. We don’t know and we don’t care.

We are not affiliated with any other schools in the state or in the country. It’s all about the education and student achievement, nothing else.

I know why some people have a grudge, but them saying it does not make our school something that it is not. You know what we teach in the building and what our teachers do. Our parents back us as well.

Our parents and students are insulted that we are being accused of this. There is absolutely no affiliation.

Sharing is caring
As for the recent exposes in the Boston Globe and the Portland Press Herald, both of which raised extensive and damning questions about Pioneer, its founders, and their Gulenist ties, nothing to see here folks. For example,  that business about Pioneer cutting language from another Turkish empire of science schools and pasting it into its application to the state to add new schools? Well, there’s an obvious explanation. I believe it’s known as sharing best practices. Note: it appears that the Pioneer team also deployed the ‘sharing is caring’ approach in its failed application to expand the non-Gulen brand into Maine. Of course none of this would matter were Pioneer et al part of a national network, like KIPP for example. But we know for a fact that “there is absolutely no affiliation” which makes all of this sharing a bit of a scientific mystery….

From Istanbul (not Constantinople)
Other haters have raised questions about the fact that Pioneer and its sister school, “The Best Performing Charter School in The Western Massachusetts,” are led almost entirely by Turks. Here, for example, is the Board of Directors for Pioneer: 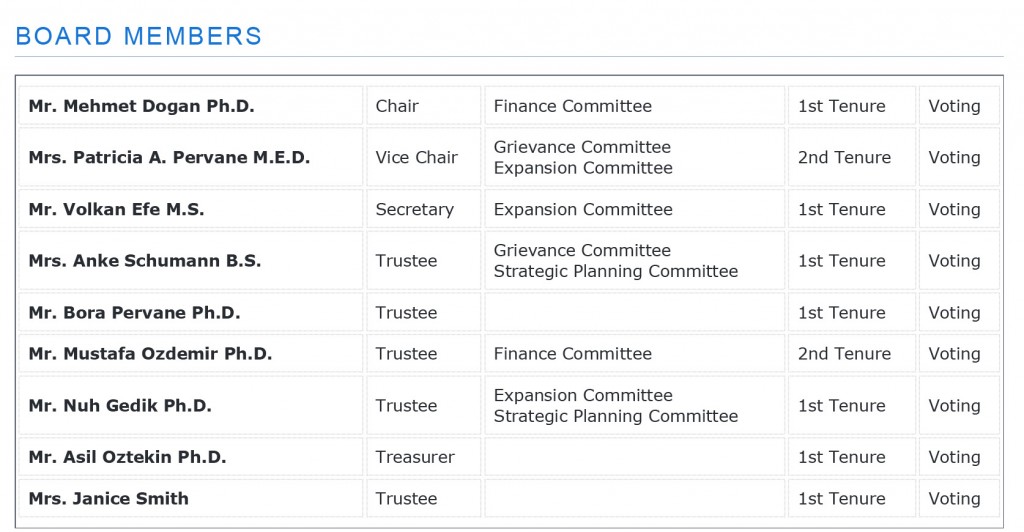 I for one don’t see anything strange about the makeup of this group at all. In fact, I see a rainbow of diversity, with the school’s leaders coming from Ankara, Erzurum, Gaziantep, Bursa, Izmir… In other words, the Turkish language contains a million different ways to say “excellence.”

Importing excellence
Speaking of excellence, haters have raised still more questions about Pioneer’s fondness for importing teachers from Turkey. Pioneer has brought 16 math, science or computer science teachers from Turkey on H1-B visas since the school opened in 2007. Pioneer’s executive director, Barish Icin, who will also head up the Pioneer II, explained the school’s need to import excellence this way:

Icin said the foreign teachers were hired because there is a lack of educators in the area who can teach math and science. “Some positions are not easy to fill, especially math, science, or technology,” he said.

Exactly, or tam olarak, as we say in Turkish. Obviously there is a dire shortage of teachers in STEM fields because we have an urgent STEM crisis on our hands. Which is why state education officials have no choice but to give the official thumbs up to yet another Turkish-run science charter. By the way, did I mention that Pioneer is a home-grown school with absolutely nothing to do with Fethullah Gulen and his movement?

To learn more about the bridge that I want to sell you, contact tips@haveyouheardblog.com.