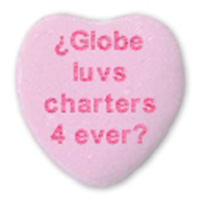 As regular Boston Globe readers know (and there are still a handful of you out there…),G has MAD luv 4 our local laboratories of innovation and excellence, and none more so than a certain UP Academy. Since UP began its steady UPward trajectory in the spring of 2011, the Globe has devoted untold column inches to singing her praises, including this doozy of a love letter from EduShyster fave Lawrence Harmon:

There’s a lot at stake in the takeover of the Gavin by UP Academy. If it succeeds at raising student achievement with an identical student population, then the main complaint of charter school critics will lose its resonance. If relatively inexperienced teachers can do what veterans can’t — namely turn around a school where only one out of four students performs at grade level — then the public cry for longer school days, merit pay, and stricter teacher evaluations will grow louder.

¡Get a room already, Larry! And it wasn’t puppy love either. This fall the Globe ran yet another column, this one by Yvonne Abraham, extolling UP’s outstanding-ness. So you would expect then that the Globe would be bursting with excitement over UP’s latest acquisition: the Marshall Elementary School in Dorchester, whose 700+ students, overwhelmingly poor and minority, could really use a little of the UP magic. So what did the Globe have to say? Nada. Not. A. Word. What’s behind the cold shoulder, G? Are you and UP taking a little break? Was there something in UP’s story that didn’t quite add UP? Reader: let’s see if we can’t get to the bottom of this.

2 much baggage
UP Academy swept the Globe off her feet with a miraculous backstory: take the exact same kids as a failing union-stifled public school, replace LIFO lifer teachers with Teach 4 America freshness, add high expectations and watch the test scores swell. But like all potential mates who emerge from nowhere with a story that sounds 2 good 2 believe, UP’s tale never quite rang true. For starters, there was the inconvenient detail about the special ed students at the public school UP took over being shunted off to a satellite program IN THE BASEMENT prior to the miracle even starting. And those super high expectations? Well they seemed to go hand in hand with a super high suspension rate, the 4th highest in the state.

A principal scorned
So everybody exaggerates their dating profile a little—what’s the big deal? Except that when the outgoing principal of the Marshall testified to the Boston School Committee prior to a “vote” on the takeover, it sounded an awful lot like UP was UP 2 some old tricks. Suddenly the hardest-2-teach students were hard 2 find, and the building was getting a new mistress make over before the old Mrs. was even out. Video of the principal’s emotional testimony (which starts at minute 40) quickly made the rounds, and the damage was done.

Liarsandcheatersrus.com
But I suspect that what really made the Globe suspicious was the constant flow of email from disappointed exes—as in ex-teachers from the Gavin, the school that UP previously took over. You see, it turns out that contrary to Mr. Harmon’s assertion, the former Gavin teachers are some of the city’s best, and they continue to advocate for their former students, especially the ones who’ve been pushed out by UP Academy. EduShyster has heard from 6 different former Gavin teachers, all of whom provided detailed accounts of the fate met by their students, which EduShyster helpfully passed along to the Globe. One teacher, reporting that a former student was back at a public school after being suspended by UP 35 times, said that the holes in UP’s story were simply 2 big 2 miss:

It seems totally misleading to purport that they are doing the same work as traditional BPS schools, and getting better results, when this is clearly not the case. If I were to ‘counsel out’ my most high-needs students, I bet I could be in the top right quadrant with the high growth/high score schools too… But that’s not what public school is supposed to be about. It’s not about educating who you WANT to educate. It’s about educating all kids. And they don’t do that…

No doubt the Globe will have a new charter crush next week. But like a trusty wingman, EduShyster plans to be right there to point out the warning signs and to repeat that trusty adage: if something sounds 2 good 2 be true, it probably is.