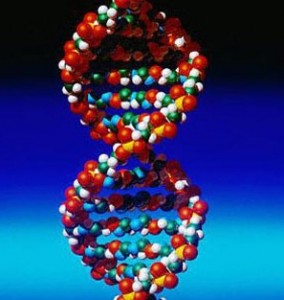 There is growing evidence that rephorm phever may be genetic.

Reader: the rich are different from you and me. For starters they REALLY want to bring freshness and innovation to the public schools they didn’t attend—and they have the dough to realize their dream of a world in which every minority child will be taught by a young white teacher traverse the achievement gap with panache.

But it turns out that the species known as homo job creator-us may be handing down more than trust funds and horsemanship to their offspring. Like a Habsburg chin, a passion for education rephorm can also be passed from generation to generation.

EduShyster first became aware of said phenomenon last year when she encountered one of the phirst phamilies of rephorm: the Connecticut Sacklers. Père Jonathan, of the OxyContin Sacklers, sits on the boards of six different rephorm groups, including my personal phave: Students for Education Reform. Phortunately his daughter Madeline inherited the gene for rephorm; her “documentary,” The Lottery, chronicles the travails of four young African Americans competing to attend Eva Moskowitz’ Success Academy for Excellence, Innovation and Outstanding-ness in Harlem.

But the Sacklers are rephorm lightweights when compared to my new phave phamily. Readers: meet the Minneapolis Kramers. Father Joel is the former publisher of the Minneapolis Star Tribune and took home $8 million when the paper was sold to McClatchy. These days he presides over Minnpost.com and a brood of young rephormers. Son Matt is the president of Teach for America, in charge of TFA’s “overall performance, operations, and effectiveness.” Son Eli, another former TFAer, is the executive director of Hiawatha Academies, a mini charter empire in Minneapolis. Meanwhile, daughter-in-law Katie Barrett-Kramer is a former TFAer who now serves as director of academic excellence at Charter School Partners, a non-profit organization devoted to expanding the number of charters in Minneapolis, including the ones her brother-in-law runs.

Now I have acquired a deep thirst just writing about the Kramer siblings and their dedication to the civil right$ i$$ue of our time. But there’s still more. Matt, who with his brother attended the tony Breck School (which I suspect is likely not a ‘no excuses’ school), also sits on numerous rephorm boards. Matt is the chair of the board of 50Can and a member of the board of Students for Education Reform.

And did I mention that the Kramers are avid supporters of young TFA school board candidate and life-long educator Josh Reimnitz, who moved to Minneapolis in May, and received an undisclosed amount of money from TFA’s political phund???

But what about Père Kramer? Has he no role in this touching rephorm tableau? Phear not reader. Papa Kramer’s online publication, MinnPost, serves as an influential booster for all of the Kramers’ assorted kauses, including Hiawatha Academies. There is nothing the slightest bit conflict-of-interest-ish about this as evidenced by this, perhaps the kraziest quote from an actual publication that I have ever encountered:

And here we must pause for Learning’s Curve’s lengthiest Kramer Disclaimer yet: [Charter School Partners] employs Katie Barrett-Kramer, wife of Teach for America President Matt Kramer and daughter-in-law of MinnPost founder and Editor Joel Kramer and Chief Revenue Officer Laurie Kramer. I have never met Barrett-Kramer, and none of the aforementioned Kramers has been associated with any of my reporting on CSP or Hiawatha, except for that whole check-signing bit.

Ah, the whole check-signing bit. So gauche to talk about money when one is merely trying to help minority kids climb the mountain to college.

Do you think you may have rephorm phever? Tell EduShyster all about it at tips@haveyouheardblog.com.