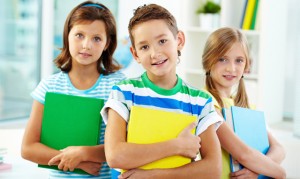 By Jack Schneider
I have watched friends lock their doors as black men crossed between cars on the street. They have done it without breaking conversation and without acknowledgment. My wife and I have had acquaintances challenge our decision to enroll our daughter in the public school across the street from our house. What would we do, one asked, if she were invited to a sleepover in “the projects”?

We have listened to stories in which a person’s race or class was mentioned, despite it being irrelevant. Irrelevant, of course, except for the fact that the person in question was inevitably the story’s villain.

We have heard parents express concern about the *city kids* (a peculiar euphemism to use in an urban area like ours, where all kids are by definition city kids) flooding onto a playground one afternoon.

This is just the tip of the iceberg.

None of these people is a bigot. At least none of those we interact with. In fact, many have talked passionately about the importance of addressing structural inequality. But their comfort zones don’t extend across socioeconomic lines. For the most part, they interact with people of similar racial and economic backgrounds. 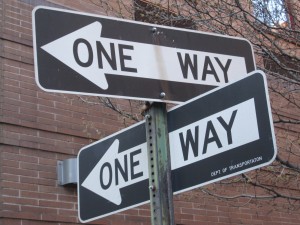 One way street
Rarely is this discussed as a problem that might be remedied by integrated schools. Instead, integration is pitched as a one-way street, with all of the benefits flowing to nondominant groups. This is certainly understandable. When isolated in segregated schools, racial minorities — particularly those from lower-income families — are denied opportunity in a way that their whiter and more privileged peers never are. Without a doubt, inequality bears its weight most oppressively upon the least advantaged.

But middle-class white students are also harmed by segregation. And this is an important point to make if we are ever going to convince parents — as we must, given the troubled history of legislating school desegregation — to voluntarily enroll their children in racially and economically diverse schools.

Value added
Many parents assume that their children will get a better education at high-income schools with largely white populations. Such feelings are shaped by their observations of a real link between educational achievement and socioeconomic status. Yet even parents who resist such assumptions, recognizing that home support rather than school quality is the key variable in achievement scores, struggle to see the value added by diversity. Often, their most positive conclusions are that their children will not be harmed in attending a diverse school — that they will receive more or less the same education.

But that is not true, particularly if we define education in its broadest sense.

Laying the ground
The purpose of education, we might recall, is to lay the ground so that young people may find their way through the world in whatever manner they wish, and find their place in it whatever that place may be. The aim is not merely to promote the accretion of knowledge — something segregated schools can do as well as integrated schools — but also to expand the mind and nurture the soul. Education should broaden. It should transform.

Which schools are best prepared to execute this task? Certainly those with qualified teachers, rich and varied curricula, adequate resources, and positive cultures. But also those with diverse student bodies capable of expressing a full range of experiences — student bodies that will expand the way that young people perceive the world and relate to each other. Just as no parent should compromise on the former of those characteristics, none should ignore the importance of the latter.

Truly diverse schools are an educational imperative. Not just because they are a bulwark against racial and economic injustice. But also because they teach young people how to see and be seen in new ways. They are places that serve all students. And insofar as that is the case, all parents should be fighting for them.

Jack Schneider is an assistant professor of education at Holy Cross. A version of this post appeared previously on the Phi Delta Kappa blog Learning on the Edge. Follow Jack on Twitter at @Edu_Historian.