I talk to Tom Frank, author of Listen, Liberal, about the Democrats’ break up with the working class and why education can’t save us… 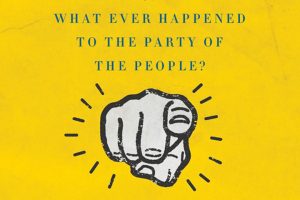 Jennifer Berkshire: Your recent book, Listen, Liberal argues that Democrats are no longer the party of the working class, which now seems to have some, well, data behind it.

Berkshire: There are many great lines in Listen, Liberal, but one of my faves is that whenever the kind of liberal you’re describing stumbles upon an economic problem—say, the collapse of the middle class—s/he sees an education problem. I can’t help but think of this when you hear voters in, say, the Heartland, talking about feeling looked down upon.

Frank: That’s one of the lines in the book that I’m quite proud of. The liberals I’m describing are an affluent group, by and large, who’ve done very well, and they attribute their success to their education. The professional class is defined by educational achievement. That’s who they are. They’re defined by how and what they did in school. So they look out at the rest of the country that’s going in reverse, at the middle class dream that’s falling apart, and they say *you know, it’s really your own fault. You should have tried harder in school. You should have gone to the right school.* But defining every economic problem as an education problem is basically a way of blaming the victim.

This is where the idea that education solves economic problems totally breaks down. What my generation learned, and what everybody is starting to understand now, is that it’s not about education—it’s about power. It’s about power in the workplace. And we didn’t have any.

Berkshire: Here, allow me to repeat that for emphasis, but with italics to emphasize the condescension: you know, it’s really your own fault. You should have tried harder in school. You should have gone to the right school. 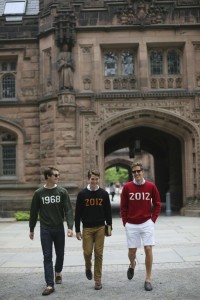 Frank: There is nothing that gives the lie to the meritocratic view of the world than what’s happened to humanities PhDs. These are people with the highest degree there is. They spent the most time in school of anyone. This is where the idea that education solves economic problems totally breaks down. I spent 25 years in school and got a PhD in history at the University of Chicago, a degree that used to be valued in the marketplace. But the marketplace figured out a way to casualize university labor. The whole idea of the professional, meritocratic way of looking at the world is that if you study, you’ll win—good things will come to you. I studied hard, and I got good grades and I got a PhD and my dissertation was even published. None of it made any difference. What my generation learned, and what everybody is starting to understand now, is that it’s not about education—it’s about power. It’s about power in the workplace. And we didn’t have any.

Berkshire: Readers of this blog will recognize some not insignificant overlap between the liberals of which you write and the education reform wing of the Democratic party. This particular varietal not only sees every economic problem as an education problem, but sees teachers unions as a singular impediment to at last fixing our economic problems through education.

Frank: I think about all of these people who blame everything on the teachers unions and it drives me crazy. As though they think that getting rid of any kind of power for teachers is what we need to do. I went to public schools in suburban Kansas City and they were excellent, and my teachers were in the union and they were first rate. You know what else is fascinating is the utter lack of solidarity among professionals. When they do this to K-12 teachers, does anybody think they’re going to stop there? Why would not university professors be next? They’ve already casualized university labor, bidding down the price of teaching down to almost nothing. You see the same thing happening in journalism now too. And yet there’s no solidarity for other teachers from on high, from the leaders of these disciplines. There’s no solidarity between the powerful figures in teaching literature, for example, and the adjuncts who do the actual work. By and large they don’t seem to care about what’s happening to their own colleagues.

Berkshire: Listen, Liberal, with its explanation of why blue collar workers feel abandoned by the Democratic party, has been described as *prescient.* Which is another way of saying that you’ve been ranting about the same things for a long time. For example, your criticism of NAFTA goes back long before anyone had even heard of Bernie bros. 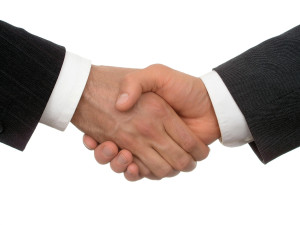 Frank: I’ve been talking about NAFTA since the day it was passed, and one of the things you run up against in political commentary is people who just laugh at you if you say there might be something wrong with NAFTA. It’s like talking about the Kennedy assassination—it’s that stigmatized to even imply that these trade deals may not have been the most wonderful thing in the world.These things are so obviously good. What kind of sorehead could be against them? The phrase the New York Times always used was *no brainer.*  And now look at what’s happening. Donald Trump’s movement was in part powered by his denunciation of trade deals. It was so strong that even Hillary Clinton, who voted for many trade deals when she was Senator and even helped negotiate the Trans Pacific Partnership when she was Secretary of State, had to back away from it. She didn’t mean any of it, of course. It’s out of control now. It’s a prairie fire.

Berkshire: Your tour through the break-up between the Democratic party and the working class makes at an extended stop in a city I know very well: Decatur, IL. I grew up near there and the labor struggle you write about, at a local corn processing company that had been bought by a huge multinational sugar conglomerate, had a profound effect on me. In fact, it was the experience of interviewing the workers there and helping them tell their story that made me realize what I wanted to be when I grew up, thus launching me on my extraordinarily non-lucrative path.

Frank: I heard about what was going on in Decatur because a worker from Staley, came to the University of Chicago when I was in grad school and made a presentation about it. They’d made a video about their struggle and the video had that scene where the

police pepper sprayed protesters. I was shocked by that. I went down there several times with a friend of mine and we wrote an essay about what was going on Decatur for the Chicago Reader. At one point while I was there, there was enormous march through the city that I’ll never forget. I climbed up on a highway overpass, and the marchers, who were marching from the Staley to the Caterpillar plant, filled this major road running through Decatur, from one side to the other, all the way to the horizon. I’d never seen anything like this before in my life. All of a sudden I had this spontaneous understanding of what liberalism was and where it came from, this kind of 1930’s vision of working people in their numbers and in their majesty. Here they are, the population of your town rising up. It was an extraordinary feeling.

Berkshire: I was at that march! Alas, this is a story that doesn’t end happily. The workers were crushed, and Decatur today, well, I’ll let you do the honors… Frank:  In the last part of Listen, Liberal, I go to Martha’s Vineyard, then go back to Decatur—these are two scenes that really represent the different parts of democratic party. Martha’s Vineyard is where the President and the Clintons go. All of these democratic powerbrokers go there and they hang out with their billionaire friends in these enormous mansions with their private beaches. Then I went back to Decatur, and it’s a disaster. It has completely fallen apart. Those workers turned out to be totally right in their warnings to the nation. They used to always talk about how what they were going through was really a battle over the future of the middle class, one that the rest of us were going to to have to fight someday. And nobody listened to them.

Tom Frank is the author of Listen, Liberal -or- Whatever Happened to the Party of the People