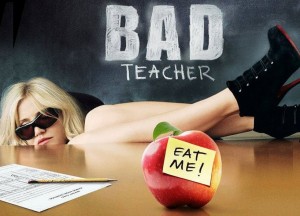 With characteristic transparency and a frisson of patriotism, the state-appointed receiver of the Lawrence Public Schools chose the waning hours of the July 4th holiday week to announce that he was firing 16 teachers.  Why choose the annual tribute to flag waving, beer drinking and extended family squabbling to begin the festival of bloodletting? Perhaps Receiver Riley felt he had no choice. With fireworks illegal in Massachusetts and even bonfires outlawed in some communities, teachers were the only thing left to fire.Certainly the firings come as no surprise.An exhaustive—and scathing—report by the state last fall concluded that the primary problem in Lawrence was poor teachers. Except that it didn’t find anything remotely like that.

State investigators painted a picture of a district in utter chaos with leadership either lacking, completely inept or just plain bad. Fast forward 8 months and the state’s report is now nothing but grist for the turnaround mill. It’s time to play the blame game and there’s a new culprit in the Merrimack Valley, baby. Meet Mrs. Bad Teacher. The teachers were let go for failing to meet the standards of a district which, according to the state, has long had no standards, leadership or direction.

Now the EduShyster is all for a fair and rigorous review (like ‘proven provider’ or ‘democratic allies’ these words just roll off the tongue, don’t they?) But something smells a little funny here—and it isn’t just the Spicket River in summertime. A real cynic might say that the state’s far more honest assessment of the challenges that confront the Lawrence Public Schools has been tossed under the school bus because the turnaround plan (see Lawrence: City of the Scammed) has absolutely nothing to do with addressing said problems. Instead it’s the edu-equivalent of a gateway drug, merely opening the door to a perpetual revolving door of gimmicks, scams and shysterism, all privately ‘managed,’ natch. 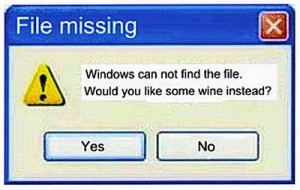 I say there’s got to be a simpler explanation, though, and one less offensive to my eduvestor pals. Perhaps the Receiver has been too busy to read the state’s original report because he’s been up to here meeting with parents and preparing written reports for the school committee. Or maybe we can blame the oversight on something as straightforward as a computer error. I’m thinking a glitch in the turnaround software that the state purchased from one of the ‘proven providers.’ The new system, which transforms even the most basic language into impressive edu-jargon, works great except for one small flaw. It can’t tell the difference between ‘teacher’ and ‘leader.’