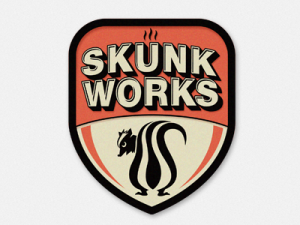 Someday, in our bold choice-tacular future, once-stifled students will be able to choose the educational option of their choice. Choice chosen, they will then swipe their EduCards to pay for 21st century skills building served up steaming and blended. And should they have any Edu Bucks left after choosing their choice, they can spring for extras like AP courses, athletics or super cool cyber courses. What’s that, you say? Such a choice-tacular future is already in the werks in none other than Michigan, USA? Why we must go there directly to smell the odeur de choix for ourselves…

According to the Detroit News, a secret work group that includes top aides to Michigan Governor Rick Snyder has been working to come up with a model for so-called “value schools.” These K-Schools will cost just $5,000 per formerly-stifled student, compared to the $7,000 that Michigan currently spends. The savings will come by applying “concepts familiar in the private sector — getting higher value for less money.” That certainly sounds choice-tacular. What else do we know about this boldly innovative plan?

Other records distributed to group members indicate they want to explore using fewer teachers and more instruction through long-distance video conferencing. Each “value school” student would receive a “Michigan Education Card” to pay for their “tuition” — similar to the electronic benefits transfer used to distribute food stamps and cash assistance for the poor. Students could use leftover money on the “EduCard” for high school Advanced Placement courses, music lessons, sport team fees, remedial education or cyber courses, according to an outline of the advisory team’s agenda. 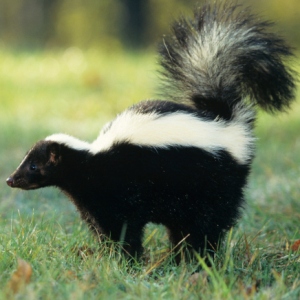 These bold innovators even came up with a cool name for their boldly innovative plan to disrupt Michigan’s public education system: Skunk Works. That name, by the way, refers not to the smell of sulphur and rotten eggs that indicates disruption is under way but to a secret group working within an organization but freed from the hampering constraints of bureaucracy. You see, Michigan’s boldest innovators understand that in order to produce the kind of out-of-the-box boldness that their state’s stifled students so desperately need, they must be free of the shackles of oversight, regulation, public reporting requirements and the state constitution, which prohibits exactly the kind of voucher program that operation Skunk Works is clearly intended to be.

Also totally not needed in this bold experiment: teachers and other so-called educational experts who are incapable of outside-of-the-box thinking because they are literally inside of their box-shaped classrooms. I’ll let Governor Snyder’s chief information officer, David Behen, break it down for you:

“[I] purposely didn’t put a bunch of teachers on (the panel)” to generate a different approach to delivering K-12 education through rapidly changing technology. “Just like if I was going to do something new with law firms, I wouldn’t bring a bunch of lawyers in,” Behen said.

But who will operate the boldly innovative schools of the future with their “fewer teachers and more instruction through long-distance video conferencing”? The Skunk Workers are said to be in talks with Bay Mills Community College about opening one of the K-Schools in 2014. Bay Mills already operates two low-performing charters elsewhere in Michigan so is ideally suited to apply private sector principles to a new batch of achievers. 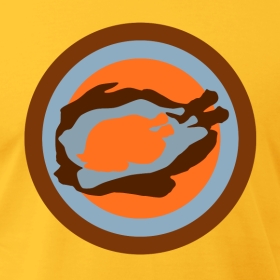 I have but one question for the Skunk Works crew, who were instructed to only communicate about the boldly innovative project via personal email accounts: how did Michigan get to be so bold??? Why it seems like only yesterday that your bold legislators were on the verge of passing the equivalent of Rephorm Turducken, a school “mega-choice” bill that would have allowed corporations to run their own charter schools, only to see the dream die in the face of pesky community opposition and constitution upholding.

What’s that, you say? The same bold visionary and innovator who boldly conceived of the last bold plan to transform Michigan’s education system is also behind this one? Why, we must meet him! Reader: I give you Richard McLellan. Head of the Oxford Foundation, former lawyer on the Citizen’s United case, advancer of liberty and opportunity, devotee of all things voucher-like, McLellan understands that since Michigan’s public and its constitution do not appear ready for a boldly innovative school voucher system, it is best to begin planning for that system away from the public eye. According to the Detroit News, McLellan said members of the Skunk Works team are  justified in using private emails. “Well, they should,” he said. “It’s not a government project.” “Isn’t a skunk works by definition unorganized, backroom?” he asked rhetorically.

Speaking of private emails, EduShyster once had the rather unusual experience of receiving one of these from Mr. McLellan himself…

From: Richard McLellan
Date: Tue, Dec 25, 2012 1:51 pm
To: tips@haveyouheardblog.com
Subject: Response to Turducken Article
One of the better attacks on the school proposals. Most of the attacks seem to come from very unpleasant people who simply repeat the same list on complaints.

Sent from my iPad