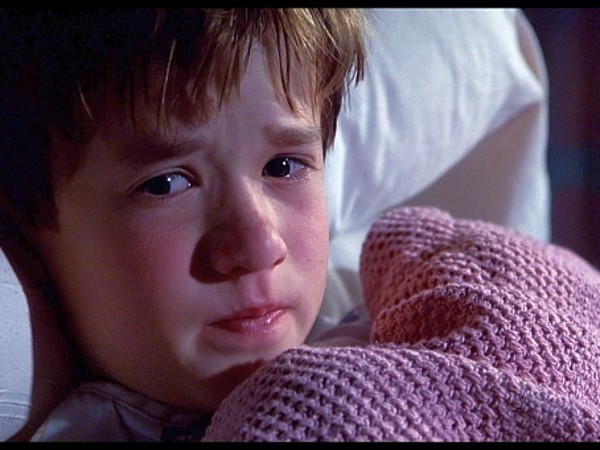 “I see bad teachers…. Walking around like excellent teachers….”

Reader: when viewing the latest blockbuster at my local megaplex, I often find myself wondering whether the director of said film has any ideas for reforming our failed and failing public schools. That’s why I was so pleased to learn that M. Night Shyamalan, maker of such hit films as the Sixth Sense, Signs and The Last Airbender, has embarked on a Titanic-sized project: closing the achievement gap. 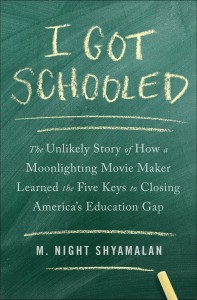 Getting Schooled
Next month, Shyamalan, whose last movie you almost certainly didn’t see, will release a book with the unlikely title of “I Got Schooled: The Unlikely Story of How a Moonlighting Movie Maker Learned the Five Keys to Closing America’s Education Gap.” But before we embark on what is sure to be a “nonstop thrill ride” and a “high-octane” journey deep into the hallways of our union-stifled schools, who is this mysterious M. Night Shyamalan and how did he come upon the mysterious five keys that will at last unlock the secrets of academic success, closing the double doors on the achievement gap once and for all? 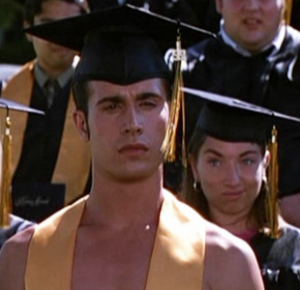 He’s All That
First: some essential backstory. The elusive five reform keys have long eluded far more experienced education reformers than M. Night Shyamalan. The elusive keys are, if you will, the Holy Grail, the Fountain of Youth AND the Ark of the Covenant of school improvement, all combined in one Oscar-worthy package. But while Shyamalan may have attended an elite private school, his work on the script of She’s All That, a teen romantic comedy set in a California High School, gave him unique insights into the struggles of our nation’s students. One such student whom Shyamalan encountered, “Zack,” attended his graduation ceremony despite having no clothes—because he was that motivated. 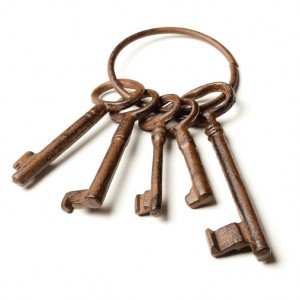 The big reveal
Before Shyamalan could successfully identify the five reform keys, however, he first had to encounter and reject a series of false keys, otherwise known as MacGuffins. In the course of his journey to education reform Nirvana, Shyamalan tried and rejected such false keys as smaller class sizes and “school spirit.” Only then, after overcoming a series of insurmountable obstacles, could Shyamalan at last reveal the true five keys. Note: 3-D glasses are required for this portion of the post as keys, like students and even some teachers, are three dimensional in nature.

Eliminate the worst teachers, pivot the principal’s job from operations to improving teaching and school culture, give teachers and principals feedback, build smaller schools, and keep children in class for more hours.

A sixth key
Whoa—I don’t know about you, reader, but this is one movie I have NOT seen before. But don’t get up yet. M. Night Shyamalan still has an elusive sixth key that we didn’t even know about because the book only refers to five keys. The sixth key? “Strict, repetitive classroom regimens.” In other words, this is one movie that you have got to see, whether you like it or not—no excuses. 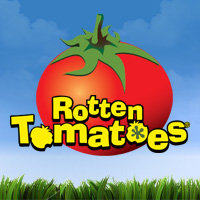 The reviews are in
But what are the critics saying about M. Night Shyamalan’s would-be-reform blockbuster? Great news, reader. The reviews are in and they are unanimous. KIPP founder Mike Feinberg says that Shyamalan’s “five keys for any school’s success focus on the essential ingredients.” Geoffrey Canada welcomes M. Night as a “new ally in the fight to transform our calcified public-education system.” And reform heroine, Newark’s Cami Anderson, says that  Getting Schooled is a “must-read given educational excellence for all students is the key to unlocking our country’s potential.”

In other words, three thumbs, way up…