Why are urban teachers being trained to be robots?

By Amy Berard
*Give him a warning,* said the voice through the earpiece I was wearing. I did 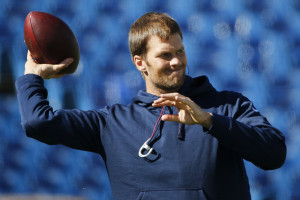 as instructed, speaking in the emotionless monotone I’d been coached to use. But the student, a sixth grader with some impulsivity issues and whose trust I’d spent months working to gain, was excited and spoke out of turn again. *Tell him he has a detention,* my earpiece commanded. At which point the boy stood up and pointed to the back of the room, where the three classroom *coaches* huddled around a walkie talkie. *Miss: don’t listen to them! You be you. Talk to me! I’m a person! Be a person, Miss. Be you!*

Meet C3PO
Last year, my school contracted with the Center for Transformational Training or CT3 to train teachers using an approach called No Nonsense Nurturing. It 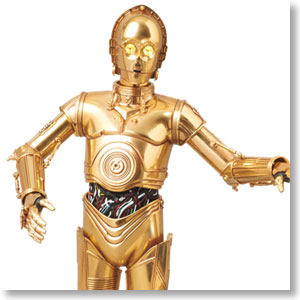 was supposed to make us more effective instructors by providing *immediate, non-distracting feedback to teachers using wireless technology.* In other words, earpieces and walkie talkies. I wore a bug in my ear. I didn’t have a mouthpiece. Meanwhile an official No Nonsense Nurturer, along with the school’s first year assistant principal and first year behavior intervention coach, controlled me remotely from the corner of the room where they shared a walkie talkie. I referred to the CT3 training as C-3PO after the Star Wars robot, but C-3PO actually had more personality than we were allowed. The robot also spoke his mind.

urban students, like my Lawrence, MA middle schoolers, benefit from a robotic style of teaching that treats, and disciplines, all students the same. This translated into the specific instruction that forbade us from speaking to our students in full sentences. Instead, we were to communicate with them using precise directions. As my students entered the room, I was supposed to say: *In seats, zero talking, page 6, questions, 1-4.* But I don’t even talk to my dog like that. Constant narration of what the students are doing is also key to the NNN teaching style. *Noel is is finishing question 3. Marjorie is sitting silently. Alfredo is on page 6.*

Robot moves
My efforts to make the narration seem less robotic—*I see Victor is on page 6. I see Natalie is on question 3*—triggered flashbacks to Miss Jean and Romper Room. All that was missing was the magic mirror. But even this was too much for the NNN squad in the corner. *Drop the ‘I see’* came through my earpiece. All this narration was incredibly distracting for the students, by the way, to the point where they started narrating me. *Mrs. Berard is passing out the exit tickets.* *Mrs. Berard is helping Christian.* *Mrs. Berard is reviewing the answer to question 4*

*Tell them you are like Tom Brady*
The students were also perplexed by my new earpiece accessory. *Um, Miss, what’s that in your ear?* they asked. I looked over to the three adults in the far 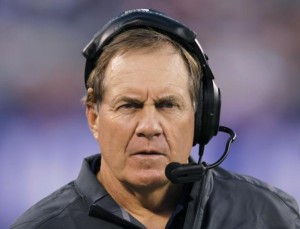 back corner of the room for my scripted answer. *Tell them you are like Tom Brady. Tom Brady wears an earpiece to be coached remotely and so do you,* was the response. I never would have said that, and mumbled instead: *But I’m not Tom Brady. No, I’m not Tom Brady.* The students, who could hear me, but not what I was hearing through my earpiece, were more confused than ever. At which point I explained to them that I was being trained by the people in the corner who were telling me what to say via their walkie talkie. I’m all for transparency and simple answers to simple questions.

What kind of message does this send to students? I wondered. That their teachers are so incompetent that they need an ear piece and 3 people sharing a walkie talkie in the corner to tell them what to say?

What kind of message does this send to students? I wondered. That their teachers are so incompetent that they need an ear piece and 3 people sharing a walkie talkie in the corner to tell them what to say?

Joyless joy
I struggled to adopt the emotionless monotone that NNN required. I was told that my tone was wrong, my voice was too high, and that I came across as too happy—I smile a lot; I celebrate a lot, including every two weeks when the flowers on my cactus bloom, again. When I asked the NNN trainer to elaborate on what she meant by my tone being off, a critique she delivered just hours after meeting me for the first time, her response included a full blown, and exaggerated, impersonation of me delivered in front of my behavior intervention coach and assistant principal. When her performance was done, the NNN trainer winked at me. *But don’t lose your joy,* she said.

Mountain pose
I was told to stand in mountain pose and not to favor one leg over another. I

was told not to cross my legs. My body language must be in no way casual (or human). And I needed to stop conveying so much excitement at the students’ accomplishments. After one session of C-3PO training, I was told that I was too happy that a student had legible writing. I shouldn’t praise basic things that should be expected. Another time I was chastised for pointing out to a child: *Woah, this is great. This is your best work so far this year!*

*Don’t turn*
I felt awful after that critique, like I had let my students down with my excessive enthusiasm. I went back and apologized to them. The student whose handwriting I’d praised said it had made him happy to be complimented. *I didn’t take what you said in a bad way.* *Just be yourself,* another student told me. *Don’t be who they want you to be. Don’t become like the rest.* You see, the students were old enough to see what the school and the trainers wanted the teachers to be and what their teachers were becoming.

They begged me not to turn.

Amy Berard grew up in Lawrence, a half a mile away from the Guilmette Middle School where she taught ELA last year. She was let go at the end of the school year after administrators determined that she was not the *right fit* for Lawrence.