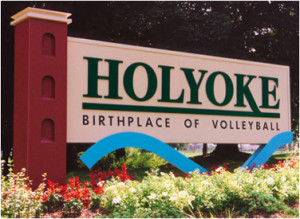 Well that certainly didn’t take long. The official state takeover time piece barely registered two hours and the Holyoke Public Schools had officially entered a new state: taken over. If you are keeping count at home, that’s about half as long as the public hearing that preceded the vote, during which some 1,000 + Holyokesters, including some who stood for four hours, packed a hall to register their objections to the state’s takeover plans. In other words, nothing to see or hear here folks, especially, it seems, if you were one of the ten members of the state’s 12 member Board of Education who didn’t actually visit a single Holyoke school prior to casting your vote…

One Holyoke
First, can we just acknowledge the extraordinary display on state takeover eve, when residents of a city so divided that whites live up in the Heights while Latinos live in the Flats, came together to oppose the state’s plans? But where you and I saw a standing-room-only crowd and overwhelming opposition, members of the state Board of Education seemed to see something different. Board chair Paul Sagan saw a *data point,* as well as the many theoretical community members who silently supported the state’s takeover but declined to join the two actual community members who spoke in favor of the state takeover at the hearing. Note: if you are watching from the comfort of your own state-run district, you will recognize a familiar turnaround trope. As for this guy, Dennis Birks, who raised the roof with his impassioned defense of his city and its schools, I don’t think we’ve seen, or heard, the last of him… 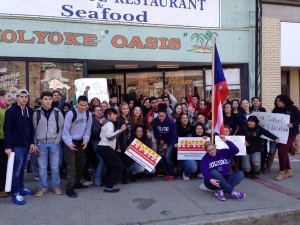 Students matter
For once I managed to type those words with straight fingers. How about a shoutout to the students who walked out of Holyoke High School to protest the state takeover? Or this valedictorian, who manages in three and a half minutes to explain the utter nonsensicality of the state’s policy on teaching the students-still-learning English who make up 30% of the student body in Holyoke. And most especially, this student: Donald Willyard, the Board’s sole student member, who took it upon himself to take the unusual step of taking a trip to see Holyoke’s schools prior to voting on whether to take them over. Which he voted against.

Getting fired and having to reapply for your job are not the same thing
Can we just be clear about that? Also, enough with the fearmongering 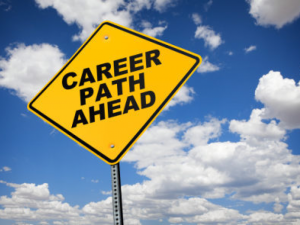 already. There will be no mass firing of teachers in Holyoke. OK—so you will all be expected to be reapplying for your jobs, and if our experience in Lawrence is any guide, one third of you will throw in the towel right away while the rest will move on to less *disruptive* settings shortly thereafter. In other words, the state’s takeover of the Holyoke schools is a great opportunity for teachers who want to take over vacant teaching positions. Like the 11 current openings at Holyoke’s Morgan Elementary, which the state handed to an outside operator last year.

This is Holyoke’s Katrina moment
Remember when the takeover mobile arrived in Lawrence, and this guy kept talking about Lawrence’s Katrina moment, and some of us, like me, for example, were all *that is a really inappropriate metaphor*? Alas, the Katrina krewe is now running the show. Like this guy, our new Secretary of Education, seen here waxing lyrical about the schools that Katrina built, and the beauty of the *un-district* with it’s un-unionized teachers. 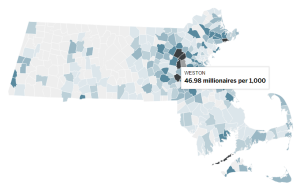 But turning around school districts doesn’t
Speaking of money, did you hear the one about how the state received extra excellent outcomes for the Lawrence Public Schools without spending any extra money? It isn’t close to being true, as sister blogger, Twitter heroine and Worcester School Committee member Tracy Novick documents, imploring Secretary of Education James Peyser to *stop reading press releases and start reading spreadsheets.* Which he apparently ignored as he makes the same easily debunkable claim here. In fact, even residents of the Nutmeg State got a chance to learn about Lawrence’s no extra money miracle recently…

Poverty isn’t an excuse
I’m just going to type that one more time, reader, in case you missed one of the many times that Brothers Peyser, Sagan and Chester either stated that claim outright or implied the same. Poverty. Isn’t. An. Excuse. Got it? Also, there are these amazing charter schools that can work miracles without having to do anything about the kind of concentrated poverty that plagues the likes of Holyoke. Like the Mystic Valley Charter School beloved by Brothers Peyser and Sagan which has solved the problem of persistent low performance by students-still-learning-English by not enrolling any of those students. 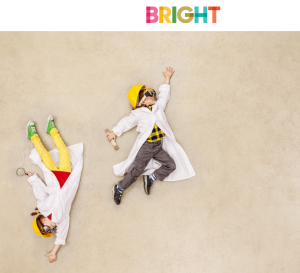 From no news to good news
As my blogging friend forever Tracy Novick has pointed out, the paucity of news coverage about education issues in Massachusetts in general and Holyoke in particular has been nothing short of, well, alarming. Which is why it’s such great news that the Boston Globe is teaming up with the Gates Foundation and Bright to bring us *rigorous,* solutions-focused topics in education today—like state takeovers, and charter schools. You see reader, we know what works, because we’ve been reading about it in the Globe for years.

Watch your back, Chelsea
You know what solution works great for school districts that enroll high concentrations of poor students and English language learners? State takeovers! Which means it’s already time to start thinking about where to turn the turnaround vehicle next. Any guesses?