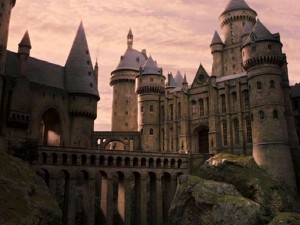 What if there was a way to combine the two fiercest urgencies of today: college preparation and reforming our failed and failing public schools? Reader: I’ve got some great news. Pack up the beer pong table and the Mötley Crüe poster—we’re headed to college. Welcome to 50CAN University, the college for people who want to put other people on a path to college.

Meet the faculty
The most important part of any higher education experience is the drinking games and the casual sex the faculty, and you won’t believe the superstars who have signed on to be 50CAN University professors. Let’s meet them, shall we? 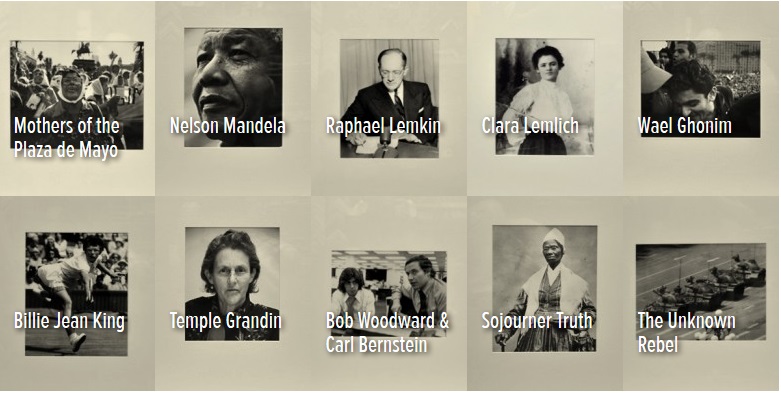 Who knew that Sojourner Truth would turn out to be as passionate about ending teacher tenure as she was about abolishing slavery? Or that Clara Lemlich, who organized a massive strike of lady garment workers in New York, has returned just in time to denounce the female-dominated teachers unions? Of course it is no surprise to learn that the Mothers of the Plaza de Mayo, who once shamed the Argentine military dictatorship for the disappearance of their children, are now saying no mas to seniority-based layoffs. You can learn more about all of the 50CAN University professors from the Wikipedia entries from which they appear to have been lifted. (Note to 50CAN University administrators: what is the school policy on plagiarism?)

Majoring in excellence
Now that we’ve signed up for our classes (“Class Size Doesn’t Matter” with Nelson Mandela, “The Growth and Scale Up of Successful Charter Schools” with The Unknown Rebel), it’s time to decide on a major. Luckily for us, 50CAN U, the self-proclaimed Hogwarts of education reform, only offers one major: excellence.

50CAN University was founded on the belief that closing the achievement gap will therefore require nothing short of excellence: excellent education policies ushered into law by excellent advocates. 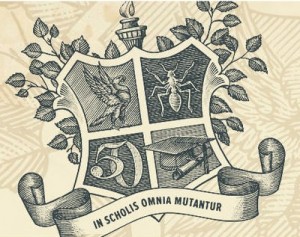 And don’t forget the crest
Any university worth its salt also has an excellent crest. Harvard has the crimson shield emblazoned with “veritas”; Oxford has its seal and the motto “the Lord is my light.” But these schools have nothing on 50CAN U. For one thing, their faculty members are still alive, and neither school offers a major in excellence. The motto at 50CAN U is “In scholis omnia mutantur,” or money changes everything “all things are changed in the schools.” But no doubt you want to know more about the specific images contained in the crest of excellence. Why is there an ant, for example, and are those hemlock leaves, symbolizing the inevitable death of our public school system? Fortunately, 50CAN U deans are eager to share. 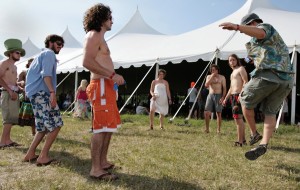 While you probably won’t run into Sojourner Truth or Raphael Lemkin at the student center, there are plenty of BMOC’s hanging around the 50CAN U campus. OMG: was that Teach for America CEO Matt Kramer playing hacky sack on the quad??? And the Moby-look-alike in line at the vegan burrito stand was none other than 50CAN U president, Marc Porter Magee! If KIPP Foundation CEO and President Richard Barth wasn’t already married to Wendy Kopp, who used to be the CEO of Teach for America before Matt Kramer took over as CEO of Teach for America, I would be SO crushing on him right now…

50 Shades of Green
Of course 50CAN U isn’t just a university. It’s also a gra$$roots movement, which is why  iconic activists like Nelson Mandela or Clara Lemlich were such obvious choices to join the faculty here. You see, Mandela and the rest of the 50CAN U professoriate all understand that any genuine social uprising must be run by the very rich. A little known fact: the famous Chinese Unknown Rebel was actually a hedge-fund manager.

While we take our mission very seriously, we try not to take ourselves too seriously. Points to @EduShyster. http://t.co/54AR8w6Odp