In her new book, Unequal City, Carla Shedd looks at race, schools and perceptions of injustice through the eyes of young people… 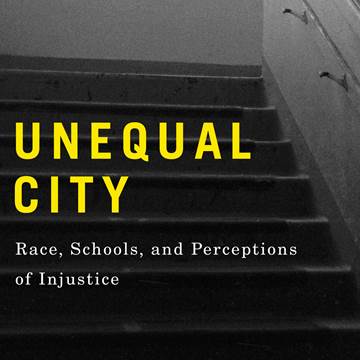 Jennifer Berkshire: I want to start by giving everyone a moment to order your amazing new book, Unequal City. Waiting…Waiting… OK. Here we go. You did something highly unusual in your book: you looked at how major policy changes in education and housing over the past two decades in Chicago have impacted kids. And you did that by actually interviewing kids. Where did you get such a crazy idea?

Carla Shedd: That was a big goal of mine, to really place kids at the center and think about how they understand these larger transformations in their lives. So often we have the numbers or we have snapshots of particular parts of the process and how kids are faring. But we really don’t listen to young people, and we never put their voices at the center of the conversation. How often are the people who are most impacted by these policies able to truly have a voice? In the book I argue that these young people are the city’s guinea pigs. They’re a walking experiment in an urban laboratory.

Berkshire: Talk a little about that experiment. Everyone knows about the school closings in Chicago, but as you show, the education reform experiment in the city starts much earlier and overlaps in significant ways with the transformation of public housing. 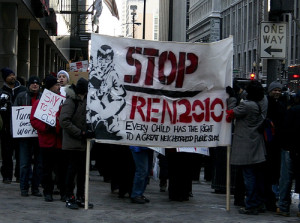 Shedd: You have the demolition of public housing and the issuance of housing vouchers, so that you have people moving to the south suburbs or the western suburbs. All of that’s happening as Renaissance 2010 was being implemented, starting in 2004 under Arne Duncan. So you have schools closing and being consolidated at the same time that populations across the city are being resettled. It’s amazing the way that these two policies collide and dovetail with one another, and yet no one is really putting the multiplicative effect together. It’s the way these policies interact that truly shapes and reshapes the lives of the most vulnerable people.

Berkshire: Can I just acknowledge that this is the first time the word *multiplicative* has appeared on this page? Reading your book, one gets the strong sense that Arne Duncan et al probably didn’t think about the policies they were implementing from the point of view of kids navigating neighborhoods.

Shedd: That was probably the most enlightening part of my research: seeing the world through the eyes of a 14 year old or a 15 year old who is thinking 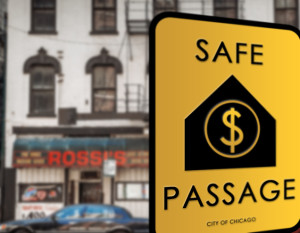 about their future and having to weigh such heavy constraints on not only their physical mobility but their social mobility. As I talked to the kids about why they didn’t feel comfortable leaving their neighborhoods to go to other schools, they were really clear about the constraints they felt for themselves. I quote one student who says *I’d love to go to a better school but I feel like I know the bad people over here. There are bad people everywhere.*

Shedd: I try to show that the young people who are in the most disadvantaged environments might actually get a kind of protection. If you’re not able to change the structural conditions, is it good for you to know how bad things are? Is it good for you to have your eyes wide open and think *wow—I’m really at the bottom of the social hierarchy*? So I do try to show that maybe this is helpful in some way until they get enough knowledge or currency or agency to think about how they’ll adapt. For the kids who are leaving their neighborhoods and going, say, downtown, they’re forced to be really strategic about how they adapt to their surroundings.They’re figuring out inequality and how to navigate it. It’s really interesting that having this higher perception of injustice at an early age can be preparation for encountering an unequal world. The problem is that when kids don’t have concrete information or can’t make sense of where they stand relative to the world, they begin to think of themselves as personal failures. And I think that’s where the divergence lies, not just in the students’ experiences but in how they respond to those experiences. 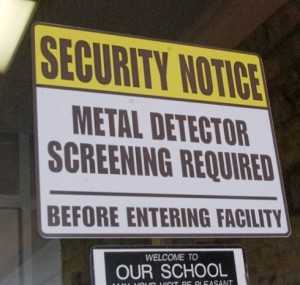 Berkshire: You argue that the criminal justice system has essentially become embedded in Chicago’s schools since the 1990’s, and that this has had a profound impact on the way that students perceive themselves and the schools they attend. Break it down for us.

Shedd: Around the mid 1990’s when violent crime was at its peak, and before the rampage shootings began to hit the news in the late 1990’s, there was already a move to embed systems of safety and protection in schools. But then we go in and implement a system of overall security and discipline that does some traumatic violence everyday.This really ramps up by the end of the 1990’s and normalizes the inclusion of actual police officers in the schools. You start to see a movement towards almost militarizing these spaces. And the justification is that the people we’re protecting are the most vulnerable population, but instead of protection it turns into criminalization. As I say in the book, this criminal gaze has turned inward on the students themselves instead of outward.

Berkshire: And yet many of the students you talk to are clear that they feel no safer as a result of attending school in what now resembles a correctional facility.

We don’t talk to young people about where they feel the most vulnerable. We just keep doubling down on these things that we think make them feel safer but really don’t.

Shedd: We don’t talk to young people about where they feel the most vulnerable. We just keep doubling down on these things that we think make them feel safer but really don’t. For example, there were a couple of kids at one of the schools I studied who were trying to tell the principal to put a camera in the darkest part of the hallway, which as they pointed out, was the place where all of the trouble happened. This was them strategically trying to deploy the resources of surveillance in order to actually make the place safer instead of being patted down and having to take their belts off every day. 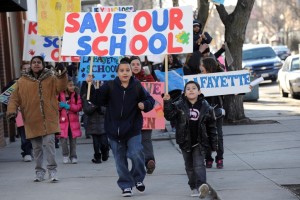 Berkshire: The neighborhood school plays a complicated role in your book. On the one hand, you argue that students who remain in their racially segregated neighborhoods for high school are truly being left behind, and yet you’re not ready to give up on the neighborhood school either. This is a dilemma I’m really grappling with these days, so I’m hoping that you’ll show me the light.

Shedd: Neighborhood schools are a problem in neighborhoods that are a problem. I think part of what’s happened is that we’ve gone from investing in places to investing in people. We’re thinking about choice and vouchers and the selection of kids through lotteries to attend particular schools. It’s very individualistic. How about instead of doing that, we work on stabilizing and increasing the resources available to everyone else? The neighborhood isn’t just the neighborhood school, it’s the actual neighborhood. We’ve totally disinvested from place in order to reallocate resources to individuals. As a sociologist that doesn’t work for me. Individuals are embedded in institutions.

Berkshire: That answer impressed me so much that I’m going to repeat part of it back to you for effect—and put it in a pull quote: The neighborhood isn’t just the neighborhood school, it’s the actual neighborhood. I want to ask you the same question I always ask education reform advocates: what happens to neighborhoods when you eliminate neighborhood schools? Note that none of them seems to have an answer…

I think part of what’s happened is that we’ve gone from investing in places to investing in people. We’re thinking about choice and vouchers and the selection of kids through lotteries to attend particular schools. It’s very individualistic. How about instead of doing that, we work on stabilizing and increasing the resources available to everyone else?The neighborhood isn’t just the neighborhood school, it’s the actual neighborhood.

Shedd: I almost feel like I can’t entertain the idea of neighborhoods without neighborhood schools. We have the home and we have the school, and if 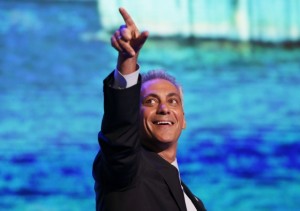 there are no longer schools embedded in the place where you live, that’s a huge absence, a glaring gap. Are you going to say there are no other central institutions necessary for a community either? What is a neighborhood then? I just listened to Rahm Emanuel give a speech in which he made the statement that *education is your passport, not your neighborhood.* And my response was *because those are totally separate.* That’s just a crazy statement. If we’re starting from that premise, and that’s what the mayor of Chicago is saying, something is really wrong.

Berkshire: Your research required you to basically be embedded in various Chicago high schools. I’m picturing one of those TV shows where a 30-something actress plays a high school senior. Is that exactly what it was like?

Shedd: No—it was nothing like that! When I did the interviews, the students saw me as a little bit older then them, but not that much older. They didn’t see me as a teacher or an authority figure, but they also knew that I wasn’t one of them. One of the kids at Harper High School saw me in the hallway one day and he was like: *Hey—how are you doing? How old are you?* I told him I was doing great and asked him how old he was. When he told me that he was 17 or 18, I said *you’re too old for the research I’m doing and I’m too old for whatever is motivating you.*

Carla Shedd is an assistant professor of sociology and African American studies at Columbia University. She’s the author of Unequal City: Race, Schools, and Perceptions of Injustice.