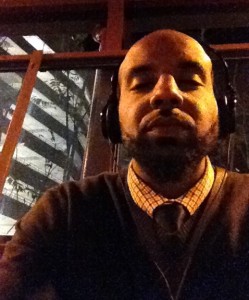 By Keith Benson
A recent *community meeting* at Camden’s Catto Elementary School exemplified the vast chasm that divides my city these days, between well-connected elites and the marginalized residents they profess to serve. The state-appointed superintendent of the Camden schools was expected to unveil the specifics of a plan concerning the district’s future. Skeptical local residents filled the bleachers, while Camden’s elites sat at tables applauding a *plan* that was as deliberately vague as it was short on specifics, including the names of the public schools that are slated to be taken over by charter operators. Refusing to name the schools prevents vigorous activism against closure. Instead, the crowd was urged to rally behind a pro-charter policy, *for the kids.*

Pet projects
More than a decade has passed since Camden received $175 million for the pet projects, like the $25 million expansion of our privatized aquarium, of those friendly with the city 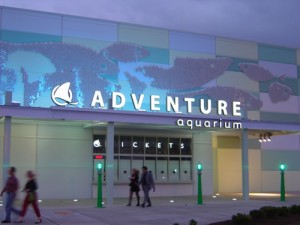 power structure. But receiving that money came with some serious strings attached. Camden was placed under state control and residents lost the right the vote for their Board of Education members. By statute, those strings weren’t supposed to be permanent, but it has now been twelve years since those of us who live in Camden have had the same democratic rights as our neighbors in Collingswood, Pennsauken and Cherry Hill. Residents of those communities are encouraged to participate in the direction of their town’s education and neighborhoods; here in Camden we’re actively kept from doing the same.

Board of Elites
Camden’s all-appointed Board of Education is a portrait of cozy influence and elite connections. Most of the board members (or their spouses) have city or county government jobs and report directly to city power brokers. This back-scratching arrangement is nothing new, by the way. As Dr. Howard Gillette describes in Camden After the Fall: Decline and Renewal in a Post-Industrial City, local kingmaker George Norcross has sought to manipulate the makeup of the Camden Board of Education since 1996. The end result is a Board of Education that doesn’t reflect the interests of the people of Camden but a privileged elite who work in tandem with outside forces to enrich themselves at the Camden trough, often at the expense of Camden residents. 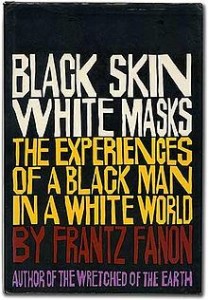 he believed to be a psychosis Caribbean Negro people endured and (still) endure resulting from hundreds of years of white French colonial rule. Fanon argues that among oppressed natives, there will be some people motivated by career or financial ambition, or the desire to improve their own subjugated standing by attempting to join the ranks of those who do the oppressing: Here, the mother country (colonizing nation) is satisfied to keep some feudal rulers in her pay; there, dividing and ruling she has created a native bourgeoisie, sham from beginning to end; elsewhere she has played a double game: the colony is planted with the settlers and exploited at the same time.

Standing up
Authentic, true education of children here, as with all children, requires high expectations, patience, and love. Parents and teachers should be working to mold young people into successful, contributing members of our shared society, including showing them positive ways to influence and participate in their communities. In Camden, that means showing students that we as parents and teachers care enough about them to fight for education that is truly public. When I look around my city,  I see many vocal and tireless community leaders who are standing up for the rights of their children and their fellow residents even as Camden elites who are in a position to do so, abdicate their responsibility and, instead, work to gain favor with those in power.

We the people
We, the people of Camden, want back our rights that were taken away without our permission or consent. We want the same rights as our more affluent white neighbors. We demand to have a Board of Education that operates in the best interest of ordinary Camden residents, not the privileged connected few, or outside political bosses. Finally, we demand the right to shape our community’s public education system by voting directly for our school board members. It’s time to end the failed mayoral appointee system that has plagued our city for more than a decade.

Keith Benson is a teacher at Camden High School and a doctoral student at Rutgers University. He chairs the public relations and media committee for the Camden Education Association. Follow him on Twitter at @keithericbenson.

For more information about the fight to save public education in Camden, visit Save Our Schools NJ.