A holiday shout out to Kids Rethink New Orleans Schools

Reader: this is typically the time of year when I ask you to open your hearts, meaning your wallets, on my behalf. But this year I’ve decided to roll a little differently. (This has nothing to do with the fact that last year’s fund drive, which I outsourced to the man to whom I’m *technically* married, was a dud!). So instead of asking for your love and largesse, I’d like you to consider making a generous donation to one of the most amazing student groups I’ve come across: Kids Rethink New Orleans Schools. Shall I pause here while you call your broker?

Listen up
First: let’s conduct a little thought experiment together. I’d like you to run a quick mental sort through the roughly 10,000,000 stories that have been written about the New Orleans education experiment and ask yourself this one 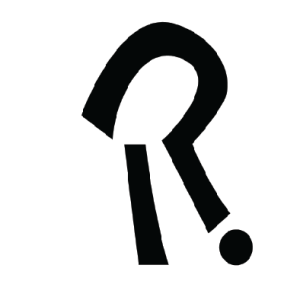 question: how often have you heard from the students who are living through it? Ah—I thought so. Which is why the Rethinkers, as they’re called, are playing such an essential role. These students—hundreds of them, from charter schools all across New Orleans—start with a simple and powerful premise: that sharing their stories can help them change their schools, their neighborhoods and their city. It’s a concept that has proven remarkably successful in places like Lawrence, MA, as I wrote about in this happy, good news story. But in New Orleans’ schools, where silence and strict discipline play such an outsized role, helping students not just find their voices but use them to push for change is even more important.

Now what did I do with that?
Now I know what you’re thinking: *where did I leave my checkbook or some 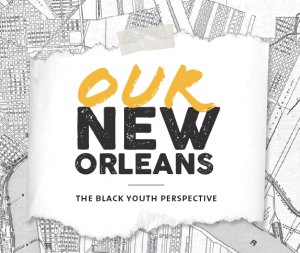 other non-dated payment vehicle so that I can make a generous donation?* I’ll pause here to allow you to go and look for it. Back? Excellent. You’re curious about what the whole process of young people finding their voices and pushing for change actually looks like. Well, it look like this: Our New Orleans—The Black Youth Perspective, in which Rethinkers crisscrossed their city, interviewing their peers in three neighborhood about gentrification, youth incarceration and education. The result is a vivid, often startling picture of a city, its systems and its schools, as seen through the eyes of the young people who are in the thick of each. [Note: the report is also for sale, so if you want a hard copy to linger over, contact Rethink.] 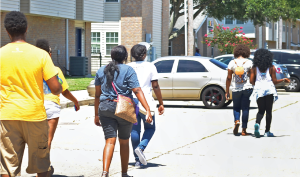 (like harsh discipline in schools); 2) collect data; 3) analyze said data for trends and plan for action; and 4) take action. The students conducting the research end up, not just with data and a data-filled report, but with the organizing and leadership skills necessary to push for change. The Our New Orleans project was conducted by 11 students, who surveyed and interviewed 60 young people in three of the city’s neighborhoods. Now just think of how much bigger (and louder) this work can become if you kick in a little holiday something? 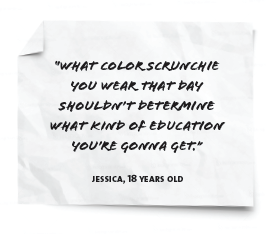 My fave part of the Rethinkers’ approach? Students talk to their peers, not just about what’s wrong with their schools, for example, but what a different kind of education, might look like. Take the strict discipline that is now the norm in New Orleans’ charter schools. Seventy seven percent of the youth interviewed, and 90% of those over 13 years old, said that they felt that their schools were designed for them to fail. *[A]lot of the rules in the school were basically made for you to fail,* says 18-year-old Jenny. When students complain that their schools make them feel like prisoners, the Rethinkers push them to try to articulate what being treated like a human being in their schools would look and feel like.

Here’s 18-year-old Jyreisha: *To be treated like a human in my school is to take the red lines oﬀ of the ground and allow people to walk how they want to walk to class and wear what they want to wear on their wrists and in their hair because none of those things really matter like what color scrunchie you wear that day shouldn’t determine what kind of education you’re gonna get.*

Other students envision schools that are focused on rebuilding still-broken neighborhoods, where the emphasis is on community rather than competition.

So you can’t say
Hearing these New Orleans students try to envision something better is to understand just how important the work of the Rethinkers is — and how much is left for them to do.  Your generous donation will help them get there. Rethinkers — take us home. *We hope it helps you know us and see us and hear our voices. So you can’t say—when you see adults are building schools, planning communities, complaining about violence and crime—that people didn’t know what we thought about it all.*

Want to hear more about the Rethinkers? They’ll be the subject of an episode of my finally-almost-about-to-be-launched podcast series Have You Heard? next year.