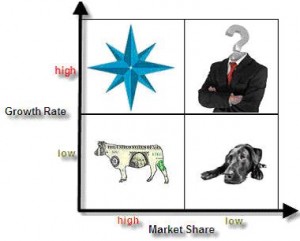 The Boston Consulting Group is looking to expand its market share in the lucrative public education “turnaround” space.

When Philadelphia went looking for a firm to devise a “turnaround” plan for its schools, city leaders made the obvious choice: hire a management consulting group with no particular knowledge of public education and pay them $237,000 PER WEEK. The plan has worked out very well for the Boston Consulting Group–think lesser known cousin of Bain or McKinsey; they’ll no doubt be able to parlay their “expertise” in transforming school districts  into another lucrative deal near you.

The Boston Consulting Group identified 60 schools to close and is helping line up private vendors to replace the Philadelphia School District’s unionized blue collar workforce. It’s all part of what one local rag described as ” just part of the blue chip consulting firm’s far-ranging effort to help the beleaguered city school system rethink how it does business.”

Observers of the shake down that is currently taking place within the Boston Public Schools will find much to recognize in the Philadelphia story. Any of this smell familiar?  A “turnaround” plan that both anticipates the destruction of the city’s schools and advocates for the same. A sycophantic, boosterish press. There’s even a powerful local foundation with grubby fingerprints all over the plan. The William Penn Foundation and its Paul Groganesque leader Jeremy Nowak essentially paid the Boston Consulting Group’s steep tab. Nowak even got his rich friends to chip in to support this worthy cause.

But what does the Boston Consulting Group have to do with Boston? Plenty. The company started here and attributes some of its most innovative ideas–the experience curve, the portfolio concept, time-based competition, and segment-of-one marketing–to the local HQ. Boston is also the locus of BCG’s partnership with the Gates Foundation, a pairing that has no doubt produced many more excellent and innovative ideas.

And while BCG’s may be making most of its–unwanted–headlines in other cities, its consultants are quietly remaking Boston’s edu-landscape. Nicole Dorn, Senior Director of Operations at Unlocking Potential, an upstart charter chain, is a former BCG consultant. Unlocking Potential, to the uninitiated, is literally a school on the move. The charter took over the former Gavin Middle School and has already been such an enormous success that it has been invited to expand its reach into Lawrence. Actually, we have no idea whether it has been a success at all since the school has only been open 9 months, but it’s website says that it is high performing and that’s good enough for me.

Unlocking Potential, which will open another elementary school in Boston in the fall of 2013 pending state approval, then plans to market its proven turnaround model to districts around the country. If the business model sounds familiar, don’t be surprised. Unlocking Potential has no doubt already been written into a turnaround plan coming to a city near you.

Note: local writers and bloggers in Philadelphia have done an outstanding job exposing the details of the Boston Consulting Group plan, the murky ties between the BCG and the William Penn Foundation, and the expanding web of BCG and corporate education reform influence. All are worth reading.