Megan Tompkins-Stange spent five years conducting confidential interviews with insiders at some of the foundations most involved in education reform. What they told her will surprise you. Or not…

EduShyster: You spent five years interviewing insiders at some of the foundations most involved in education reform, and your new book Policy Patrons allows readers to *listen in* on conversations that are, let’s just say, enlightening. I want to give readers a taste by jumping right into a Gates Foundation official’s take on the chummy relationship between the foundation and the Obama administration—or as one Obama staffer describes it in a telling slip of the tongue, the Gates administration.

Megan Tompkins-Stange: I think this is one of the more interesting quotes in the book, because it’s quite self-reflective. On the one hand, the source is acknowledging that the close coupling between Gates and the Department of Education under Arne Duncan was great because it pushed their agenda forward. But on the other hand, they’re acknowledging that it’s somewhat problematic in terms of democratic legitimacy. It was my sense that most of the people I talked to hadn’t engaged—at an organizational level—with the larger question of *What’s our role in a liberal democracy?* or *Is this the right thing for us to do as a foundation?* They were so focused on the work—they talked about *We’re changing things; we’re moving the policy, look at all these things we’ve accomplished.* The democracy part of it was not really a part of the equation in terms of their day-to-day discussions. It was more about, *How do we get the elites who can really move this policy on board?* But it seems like that is changing now in a few contexts. EduShyster: I should point out that your book is filled with quotes like the one above. In fact, *heavy on hubris* might be an accurate way to describe its contents. We overhear the Broad folks reveling in their success in New Orleans and the failure of the opt out movement, and Team Gates crowing over, well, everything. But both have ended up getting some comeuppance of late—Gates over the Common Core and Broad over Eli Broad’s charter expansion plan in Los Angeles.

Tompkins-Stange: I think what we’re seeing, with Gates and Broad in particular, is that they started from the point of view that *If you apply capital to X problem then Y solution will happen.* For example, if you make a vaccine available, disease will be eradicated. But that worldview hasn’t translated well to education, and the challenge for them now is how do they change their culture and their values in order to better operate within this context? Because what they’ve done up to this point is based on a very strategic, very technical way of looking at the world.  You’re starting to see a real normative concern emerging in the field about not including people in public education reform, and not having the voices of these underrepresented groups that are going to be affected. Maybe now that we’re having this national conversation about power, race and oppression, that’s coming to the fore more as a topic of discussion within foundations. 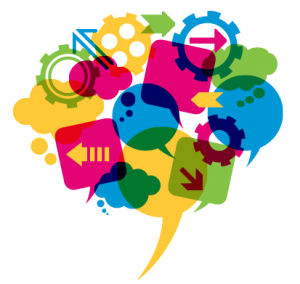 Tompkins-Stange: The outcome-oriented approach is rooted in strategic planning, which uses *theories of change* and *logic models* to map out objectives. As one example, the  theory of change for charter schools might be *Charter schools will introduce competition to the system of education, which will cause non-charters to improve in quality, which will increase achievement for all students.* Underlying that theory of change is an assumption that competition and choice lead to better outcomes. The  outcome-oriented approach is now so broadly accepted that it’s become a simple *best practice.* Who could be against something so obvious as trying to plan strategically to produce impact? As I argue, though, the outcome-oriented approach is anything but neutral and objective. It’s a distinct mode of engagement, defined by values as opposed to dispassionate facts. And these values, which are very managerial, sometimes have a blind spot for democratic processes or incorporating the views of citizens.

EduShyster: The insiders from Gates and the Broad Foundation you talked to offer up various explanations of why they view democracy as a hindrance to achieving maximum scaled-up impact and catalytic change now. My favorite is that democracy and citizen input are trumped by evidence. But some of the most startling quotes in the book come from sources who speak candidly about what one describes as the *rickety* quality of the evidence the foundations rely on. Let’s listen in on a Gates source:

Tompkins-Stange: There was a real cognitive dissonance that people reflected on in interviews. In one breath they’d say that what the foundations were doing was evidence-based. But in the next breath they’d note that the evidence isn’t all that great, or acknowledge the fragility of the evidence’s underlying assumptions. Another Gates source said: *I don’t know anyone in philanthropy who can chart a logic model. All these people just put arrows in between boxes and think it means something.* What’s incredible about these statements is that the informants—who are Gates employees—are saying that these core tools can be applied inappropriately, and yet they’re used to chart and manage policy initiatives that have significant impact in the broader field of education.

EduShyster: While education continues to be dominated by women, the field of transforming it strategically has a distinctly masculine cast. In fact, I often had a strong image in mind while reading your book of an outstretched hand emerging from a well-tailored suit…

Tompkins-Stange: When I was first learning about this stuff in 2004, the *new* philanthropy was being described as *muscular* and *aggressive* as opposed to traditional philanthropy. How can there be more gendered terms than those? It’s the idea that you have to use force and a blunt instrument to achieve policy change, as opposed to listening and acknowledging people’s lived experience, identity and emotions. I think Ford and Kellogg really understood something about institutional change in their cultures. You need to pay attention to people’s values and the things that they hold dear, and to their fears about change, and to building authentic relationships over time. It’s a much less businesslike to the problems the outcome-oriented foundations want to address, and so much less measurable in some ways.

EduShyster: One of the most fascinating lessons from Policy Patrons is how much the *new* philanthropy resembles the *old* philanthropy when it comes to foundations attempting to impose change on communities. I’m thinking of the Ford Foundation’s Grey Areas project which sought to *fix* urban poverty and ran into some, um, very familiar problems.

Tompkins-Stange: The Grey Areas project was a Ford Foundation demonstration project, based on the classic model that philanthropy is the R & D mechanism for the state, wherein foundations would say *We’re going to incubate all of these cool things, and the most successful we’ll transfer to the government and they’ll scale it up.* In many ways it was a very progressive project; the intentions were in the right place. Ford wanted to impact social justice by bringing economic opportunity to high-poverty neighborhoods. But when they actually implemented the program it didn’t work at all. It was a huge disconnect. They had white people running all of these intermediary organizations in a very top down manner, and they weren’t including the field practitioners, who were predominantly Black. People weren’t buying in because they didn’t have ownership. It amazes me that this pattern of foundation-funded initiatives faltering in implementation has been happening for 100 years. It’s exactly what happened with Gates and the Common Core. Maybe in the short term you can move a political agenda, but you can’t change hearts and minds without investing in a much longer-term community oriented strategy.

EduShyster: Based on what sources in the book were willing to tell you, you clearly have an amazing ability to get people to open up and share insights and reflections that they are no doubt regretting now. Any tricks of the trade you want to share?

But it also says something very important about why are these foundation staff members so afraid, and what are they so afraid of? Retribution from the foundations? Social or political censure? Their professional reputations? Often, the only way I could get these folks to talk to me was to offer to meet under the cover of darkness. Given how powerful foundations are in policy, that fear and reticence in and of itself is a really critical thing for us to think about as a democratic society.

Tompkins-Stange: I’ve always thought that I missed my true calling, and should be a therapist or minister, because complete strangers have a tendency to tell me their problems and secrets. It’s a very strange thing (and has led to many awkward moments at formal dinners). To their credit, not mine, most of the informants were able to get past the foundation party line and what was on their websites, and to be quite candid and philosophical. I think that’s due to granting confidentiality: give people a mask and they’ll tell you the truth. But it also says something very important about why are these foundation staff members so afraid, and what are they so afraid of? Retribution from the foundations? Social or political censure? Their professional reputations? Often, the only way I could get these folks to talk to me was to offer to meet under the cover of darkness. Given how powerful foundations are in policy, that fear and reticence in and of itself is a really critical thing for us to think about as a democratic society. Should private institutions that operate in the public sphere remain private? Or should they open their doors, expose their failures and challenges as well as their successes, and run the risk of tarnishing their brands and legacies—which were, of course, founded by private individuals?