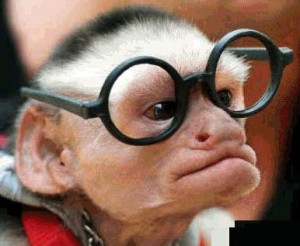 EduShyster is pleased to announce the first ever Bad Education Journalism Contest. At last an opportunity to recognize the best of the worst: stories larded with edu-cliches, based on faulty premises, reliant on questionable “experts,” shot through with silver bullets, full of barely disguised product placements, sprinkled with conflicts of interest and a hint of hypocrisy–and that’s just the front section!

Contest rules and deadline
Simply send a link to the story and the reason you think it is worthy of nomination to tips@haveyouheardblog.com or tweet @EduShyster by September 15. Winner will receive two complimentary tickets to “Won’t Back Down,” the true story of a group of California parents who fought to turn their local school over to a private charter operator with the aid of a California billionaire.

Can you provide some examples of the kind of prize-worthy bad education journalism you are looking for?
Thanks for asking—I happen to have a handy sampler right here!  I’m nominating this particular gem from USA Today in the category of most misleding lede:

It’s rare that a Hollywood movie actually gets out in front of a social trend, but when Won’t Back Down premieres this September, it may well spawn reams of petitions from fed-up parents.

Now there are many things that one might say about a billionaire-funded initiative that to date has spawned a single ‘success story,’ when a judge ruled that parents couldn’t change their minds about pulling the so-called parent trigger. But ‘getting out in front of a social trend’? Consider yourself nominated.

What about editorials? Can I nominate one of those?
Absolutely. With their breezy pomposity and disdain for facts, edu-torials are ideal candidates for a Bad Education Journalism prize. In fact, EduShyster’s current ‘best of the worst’ is this Boston Globe op-ed in which long-time writer Lawrence Harmon rails against seniority protections for teachers while failing to mention that the seniority language in his own union contract all but guarantees that Harmon can never be laid off. Now that won’t be easy to top.

I’m not sure what you mean by ‘product placement.’ Do you have an example?
As it happens, I do. Here’s a local fave about a survey that found wild enthusiasm for charter schools among parents in Lawrence, MA. I was curious about what kind of poll could find 80% support among non-English speaking parents for a school turnaround plan that is almost cartoonishly complex. But then I saw that the poll was sponsored by the Massachusetts Charter Public School Association, and like the reporter who wrote the piece I didn’t think that was strange at all.

Are there any entries you won’t consider?
Please do not send me links to those weird Olympic-themed ads that Michelle Rhee did in which she seems to mock fat, gay men and taunt them with pommel horses. These are so crude, so mean spirited and so not funny that they make even bad education writing look smart by comparison. Which only makes my job as a judge harder.

Is there a limit on the number of entries I can submit?
You may enter as many times as you like, but much like an innovative charter school with many best practices, EduShyster is more concerned with quality than with quantity.

Where do I send my entries again?
Send entries to tips@haveyouheardblog.com or tweet @EduShyster by September 15.