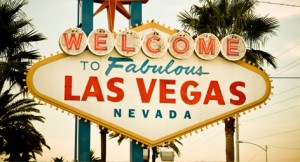 It’s time once again to climb aboard the rephorm express. Today we’re headed west, to Vegas, baby: home to the legendary Strip, the Hoover Dam, and these days, plenty of excellence, Teach for America style. Alas, what happens in Vegas likely won’t be staying there for long…

First, allow me to lay it on you historical style. Once upon a time, back at the peak of the economic boom, Nevada’s most populous county was opening upwards of 10 schools and hiring 2,000 new teachers—every year. Then the economy imploded thanks to the greed of a great many people who were not teachers. Fast forward a few years and the excellent leaders of Las Vegas have at last identified the source of Sin City’s persistent woes: teachers. You see, it turns out that most of the teachers here are of the low quality, low expectations variety, single handedly stifling the hopes and dreams of Vegas’ youngsters, leaving them without the skills necessary to join the city’s low-wage, low-skills workforce.  Fortunately, reader, where there is a simple, glaring problem, a silver bullet solution lies within easy reach. I give you—drum roll please—Teach for America. 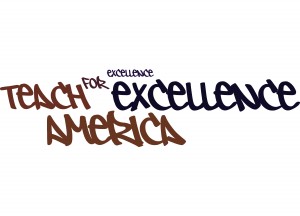 Exellence happens
In recent years, Las Vegas has imported excellence to the tune of hundreds of outstanding young TFA recruits. And just like the Chinese laborers who once tunneled through the Rocky Mountains in order to bring the Transcontinental Railroad west, there is no challenge so tough that excellence can’t bore right through it. Take for example the ballooning class sizes—as high as 50 in required classes—resulting from teacher layoffs and a years’ long fiscal crisis. Here’s TFA alum turned Nevada Board of Education member Allison Serafin on how huge class sizes are no match for excellence.

How do you prepare teachers for Clark County’s large classes, which are among the nation’s most crowded?

Serafin: We don’t allow class sizes to be an excuse for lackluster achievement. You control what kind of teacher you are and what your students learn. If a member is struggling with a large class, we’ll find teachers who have succeeded with many students and see what we can learn.

Problem solved, or as Clark County’s 55,000 English Language Learners might say: ¡problema resuelto! In fact, that is most likely what our young ELL friends will say, given that many of the district’s ELL teachers have been laid off and that Nevada is one of just a handful states that don’t provide any extra funds to educate students who are still learning English.

Excellence rises to the top
But there I go again, making excuses. In the time it took me to type that last excuse, two more TFA alums were elected to statewide office on a “no excuses” platform. I kid you not, dear reader. It turns out that in Las Vegas, the TFA excellence adventure merely begins in the overcrowded classroom—then it’s onto bigger venues, like the Nevada State Board of Education, which is now home to two TFA alum. Armed with nothing more than then high expectations and a combined $300,000, raised primarily from out-of-state sources, these fearless young leaders are introducing the Board of Education to some serious TFA-style excellence. Fortunately Allison Serafin and Alexis Gonzales-Black have some powerful friends, like philanthropist-turned-education-advocate Elaine Wynn, two-time-former-wife of odious Vegas bazillionaire Steve Wynn and the new president of the State Board of Education. 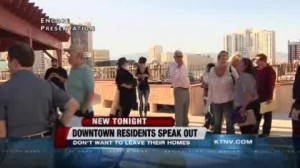 Excellence meets the apocalypse
There remains but one question for us to answer, dear reader: is there a way for the tax payers of Nevada to increase their stake in the excellence project that is Teach for America? Good news again. In his state-of-the-union address, Nevada Governor Brian Sandoval announced that the state is ponying up $2 million to bring still more TFA recruits to the Sagebrush State. Of course not everyone here is rolling out the welcome mat for the excellence express. Take the residents of Towne Terrace, a down-at-the-heels apartment complex in downtown Las Vegas, purchased by Zappos magnate (and Alexis Gonzales-Black employer) Tony Hseih who dreams of repopulating the entire area with more than 1,000 TFA corps members and alum. Except that the residents of the Towne Terrace made it exceedingly clear that they had no interest in being evicted to make way for excellence. Oh well, next time…

Do you wish that you were excellent? Send comments and self-improvement tips to tips@haveyouheardblog.com.