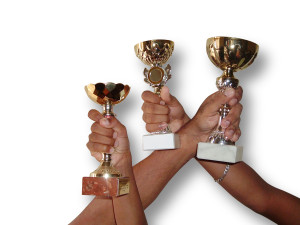 Well that certainly didn’t take long. Just two weeks after California’s kids celebrated their victory vs. bad teachers, the kids vs. tenure lawsuit is hittin’ the road. And that’s great news, reader. Because just as the California case produced lots of winners that weren’t exactly, ahem, pint-sized, round two of the civil rights cause of our time seems certain to be a win/win/win for everyone involved. From Campbell Brown who’ll be enjoying more screen time since, well any time in recent memory, to the Obama administration alums who won’t have to lobby for for-profit colleges after all, everyone’s a winner! Well, make that almost everyone… 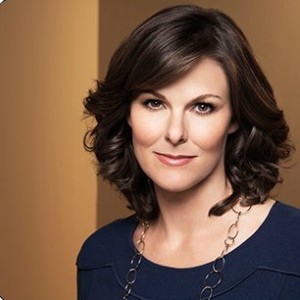 Campbell Brown
The fresh face of kids vs. lemons is none other than Campbell Brown, who is, well, who exactly? Whoever Campbell Brown was, her new, expanded screen time is great news, for Campbell at least. And wherever it was you can’t quite remember seeing her before (MTV VJ? that 90’s sitcom about Alaska?), you’ll be seeing a lot of her again now.

Dirty Dancing Lemons
No doubt you’re familiar with the Dance of the Lemons, in which bad teachers, who can never be fired thanks to their union protections, are passed around from school to school, blighting the prospects of poor minority students. Well get ready for Dirty Dancing Lemons, because the fresh face of kids v. lemons, Campbell Brown (see entry above, Campbell Brown), wants you to know that our schools aren’t just filled with bad teachers, but with sexual predators. If you are asking yourself *what is the evidence for this?* you are on the side of the predators. The evidence is the anecdotes that Campbell will be sharing with us during her expanded screen time opportunities. (See entry below: anecdotes).

Public Relations
Allow me to take this opportunity to PRepare you for the public conversation that we are about to have, reader. No doubt you noticed that the PR in PRepare is capitalized. That’s because public relations is at the start and the heart of the public conversation we are about to have. I know this because Campbell Brown helpfully explains here that the kids vs. bad teachers lawsuit for which she will serve as the fresh face will hinge less on what the case is actually about than on what her PR team will tell us it’s about. Which, as she also helpfully explains, is how civil rights are won, and also lucrative PR contracts down the road after the PR team is done winning the civil rights.

Obama Administration Alums
It’s not easy being an Obama Administration alum these days, reader. After all, the other civil rights *space* of our time, lobbying for the for-profit college industry, is increasingly crowded. Which is why I was so relieved to hear that at least two OAAs have agreed to lend their public relations heft to kick start the public relations conversation that we are about to start having.

Anecdotal Evidence
Here’s a question for you, reader. What’s the plural of anecdote? If you answered *anecdotes,* you should probably consider updating your LinkedIn profile and exploring careers other than teaching. That’s because everyone who is anyone knows that the plural of anecdote is *data.* And *data* will be at the very heart of the public relations conversation that we are about to start having, thanks to our host Campbell Brown (see entry above, Campbell Brown; Dirty Dancing Lemons). 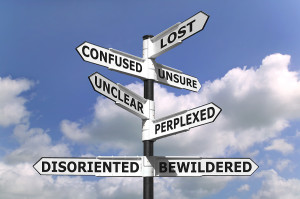 Mass Confusion
Is it pronounced *tenYEAR* or *tenYUR*? Why do teachers want to establish a caliphate in upstate New York anyway? Who broke the status quo? And when we fix it, will it still be the status quo? How many anecdotes does it take to make data? What exactly is the Levant? And is there any problem that *grit* can’t solve?

Nonsequity
You might think that ignoring vast financial imbalances between rich school districts and poor districts would prove challenging in states like California and New York, both of which have vast financial imbalances between rich school districts and poor districts, but you would be wrong. That’s because we are so over the old, tired age of equity. Who cares if there is sizeable and growing body of rigorous empirical literature validating that state school finance reforms can have substantive, positive effects on student outcomes, including reductions in outcome disparities or increases in overall outcome levels? No one, that’s who, because we’ve entered a new age of *nonsequity.* Note: If you are playing along at home on your kids vs. bad teachers lawsuit play-at-home scorecards, you’ll want to strike through *equity* with your Sharpie now. And while you’re at it, go ahead and cross off *poverty,* *facts* and *rigorous empirical literature.* 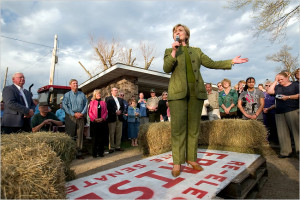 Hillary
Oh sure Hillary can go all the way in 2016—if she’s willing to run against teachers. Like the shiv that keeps on shivving, the extended Obama family’s decision to bet big on kids vs. bad teachers means that Hillary must now bet even bigger or go back to the house that not only isn’t white but where Bill is even now leaving his vegan dishes in the sink. In other words, she must run against the very constituency that rallied behind her in 2008: women of a certain age, about to be offloaded for someone fresher and with a little less attitude.