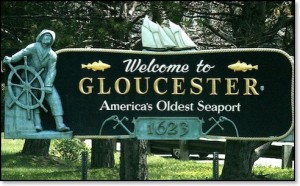 Gloucester, MA is home to Massachusetts’ most dysfunctional charter school. So why won’t state officials pull the plug? Because putting the school out of its misery would call new attention to its murky origins.

If you’ve managed to miss out on the long and sorry saga of the Gloucester Community Arts Charter School, consider yourself lucky. Alas, your good fortune is at an end. You’ll need a large Dark and Stormy to get through this one–and don’t skimp on the rum.

Our story starts back in 2009 when the state’s Charter School Office rejected applications for three new charters. A proposed arts-themed  school in Gloucester got the thumbs down on the grounds that the seemingly well-intentioned bunch behind the school was not qualified to run a hot dog stand. But that put our fearless edu-crat leaders in a bit of a bind. Secretary of Education Paul Reville explains the dilemma in an email to Commissioner of Education Mitchell Chester that came to light thanks to a public records request by the Gloucester Daily Times.

“Our reality is that we have to show some sympathy in this group of charters or we’ll get permanently labeled as hostile and they will cripple us with a number of key moderate allies like the [Boston] Globe and the Boston Foundation.”

Long story short: Chester overrules his own Charter School Office and recommends that the Board of Education approve the school, the mostly rubber stamp Board falls into line–and key moderate allies are assuaged. Now where the EduShyster comes from, this particular arrangement might best be described as a circle jerk. In Massachusetts, I believe it’s referred to as the Harvard Mutual Admiration Society.

Oh well, even if the approval process was of questionable legality, at least Gloucester got a high-performing school, one free of the iron-clad, innovation busting shackles of the local teachers union, right? Well not exactly. Here’s the part of the story where you might want to top off that Dark and Stormy. The Gloucester Community Arts Charter School has done about as well as the folks in the Charter School Office predicted. The school’s leadership has been mired in one, ahem, misunderstanding after another regarding the obligations required of a public school. Open meeting laws? Pish! State bidding and purchasing requirements? Posh! As for the ‘high-performing’ part, that hasn’t worked out so well either. Students at the school brought home some of the lowest MCAS scores in the state last year.

Fast forward to the summer of 2012 and GCA seems not long for this world. A mass exodus of staff and faculty, including the principal, has left the school without teachers or leaders for the rapidly approaching school year. Meanwhile, a group of teachers and students signed onto a petition calling for the removal of the school’s executive director, Tony Blackman, who responded by THREATENING TO SUE THEM. 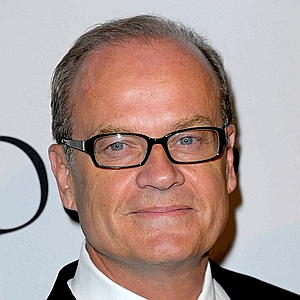 Someday this whole sad story will become a made-for-tv-movie (Kelsey Grammer as Mitchell Chester???) that we tune into briefly before changing the channel back to women’s golf. But for now the question is: what will happen to the Gloucester Community Arts Charter School? So far the state has shown no inclination to get involved, and any discussion of revoking the school’s charter would only call attention to its murky origins.

But whether state edu-crats wait until the school reaches the end of its five year charter or takes some emergency action sooner, the spectacle of a dying charter school has implications far beyond Gloucester. Were GCA a real public school as opposed to an entity that receives public money but isn’t truly accountable to the public, the petition-signing parents could take their complaints to the school committee. And it’s almost impossible to imagine the principal of a real public school threatening legal action against unhappy parents.

One uncomfortable truth about charter schools almost never mentioned by their proponents is that parents actually have less say over the workings of a charter school than they do traditional public schools.  And the community? Gloucester never got to vote on whether it wanted a charter; now that the school has turned out to be a dud, the city still has no say as to the school’s fate.

The irony is that the messy wrangling over whether to approve the Gloucester charter in the first place may turn out to be a high water mark in the annals of #edreform in the Commonwealth. It certainly reflects the last time state educrats and the Board of Education had anything like a real debate about whether a charter was right for a given community. In the past three years the influence of the powerful charter lobby has grown steadily, and board members have increasingly embraced a “no excuses” approach to approving charters.

The Gloucester fandango marks the end of another era too. Of the 22 proposals for new Massachusetts charter schools, the vast majority are from educational management organizations–emerging or established chains of charters seeking to expand into new communities. Whatever criticism one may have of the founders of the Gloucester Community Arts Charter School, making money has never seemed to be their object.