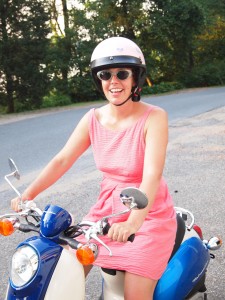 Why I’ve decided to come clean…

Reader: I have a problem. As you may recall, I have long nursed shy hopes of attending the education reform event of the year, the EdReformies. But I’ve been vexed by a seemingly insurmountable obstacle. I can’t figure out how to purchase a ticket without using my real name. So I’ve decided to come clean. One gala ticket has just been purchased in the name of—drum roll please—Jennifer C. Berkshire. What do you mean you’ve never heard of me???

Here’s my story. I used to work part-time as a newspaper editor for the American Federation of Teachers in Massachusetts. The position gave me an opportunity most people never get: to see urban schools up close. From the very beginning, I was fascinated by the question of why some schools struggled while others were successfully reaching students despite incredibly challenging odds. I was particularly interested in turnaround stories and returned to a handful of schools again and again to talk to teachers and administrators in an effort to distil their experiences into lessons that struggling schools and districts might use.

But I also saw that in an era of quick fixes and silver bullets the success stories of the sort I was documenting were being ignored—or worse, undermined. And I quickly learned that when unions spend all their time fending off the latest attacks, they have little appetite for embracing success either.

So I left. Last year I started my own communications consulting business in order to work with some of the same projects that so inspired me as a newspaper editor. I also started an irreverent blog about the education reform industry. In retrospect, doing the two things at the same time might not have been the smartest move. (Note: writer-for-hire, available immediately, affordable rates, quality guaranteed…)

I began my blog in response to a threat. You see, my cook-in-residence, also known as the man to whom I’m *technically* married, said that unless I ceased my early morning tirades about the Boston Globe’s education reporting (and one columnist in particular), he would cut off daily meal preparation. Reader: I had no choice but to take my rants elsewhere. I had a clear concept in mind. I wanted a narrative voice that sounded like the love child of Diane Ravitch and Matt Taibbi, but with a focus on Massachusetts student data. I even had a name all picked out and ready to go: Mass Ed Watch.

The blog, a labor of love, (I don’t run ads and haven’t accepted financial support from a single institution or individual—well OK, there was one individual), quickly took on a life of its own. I’d hoped that readers—teachers in particular—would send in tips about what was happening in their schools, their districts and their communities, but I was utterly unprepared for the sheer volume of correspondence. Soon I was hearing from teachers, parents and administrators across the country, asking for my help in making sense of whatever reform scheme was being foisted upon them. The biggest revelation was that I could use humor to help tell complex stories while skewering the excesses of Education Reform, Inc.

But the anonymity that felt so necessary when I started EduShyster has begun to feel constricting. In the past year, a national grassroots movement in support of public education has gained steam. My blogger colleagues, like Jonathan Pelto, Mercedes Schneider, Gary Rubinstein, Jason France and Anthony Cody, are helping to lead it and aren’t afraid to put their names to what they write. Of the parents and teachers I correspond with, there is a significant subset who are absolutely terrified to speak out. So what kind of message does it send when I won’t use my name either? When I posted a piece on TFA’s role as a placement agency for charter schools this summer, the co-CEO of the organization tweeted that ‘real leaders don’t hide behind anonymity’; I agree.

There’s another reason why I’ve decided to begin writing under my own name. Because of the way my blog has evolved, I’ve ended up drifting far away from the very thing that inspired me in the first place: my frustration that success stories in our public schools are being ignored. Don’t worry, reader. There will still be plenty of irreverence and more than a few wine boxes, but I’d like to get serious every once in a while too. So please keep those tips and stories coming. We’ve got a lot of work left to do.