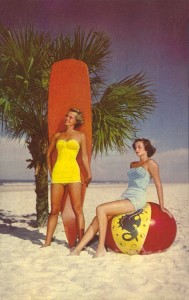 Greetings high achievers. While you were administering standardized tests, preparing to administer standardized tests or boldly disrupting our hopelessly stifled public schools, I spent last week chillaxing in America’s choice-iest state. That’s right, reader. EduShyster took the show on the road to Florida, USA in order to enjoy an old-school style spring break. My travels afforded me the opportunity to learn many important lessons, including the following: when it comes to choice, you can never have too much choice, if it sounds too good to be true, you are probably in Florida, and current TSA regulations prohibit taking a winebox aboard a plane. Who knew?

Thomas Friedman goes down best with a jello shot
One highlight of EduShyster Spring Break 2013: savoring the horn-o-plenty of education “reporting” that has been the specialty of the New York Times of late. A typical afternoon, enjoyed beneath the comfort of my tiki hut, went something like this: begin with Mokoto Rich’s astonishingly context deprived “story” on education rephorm in Memphis in which Rich appears never to have heard of Memphis, charter schools, no excuses, African Americans or shoes, follow with a generous serving of Mai Tai, add yet another Rich “story,” this one on standardized testing, finish with more Mai Tai whilst avoiding poking oneself in the eye with accompanying umbrella—even though loss of one eye due to umbrella pokage might enhance sense making of story. But wait, we’re not done. There is still this delightful Thomas Friedman column (is that redundant?), in which America’s hottest, flattest pundit discovers that a Newark charter school is outperforming China. Which is how I discovered that Friedman’s logic is even more enhanced when viewed through the bottom of a jello-filled cup. 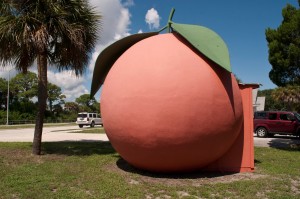 My sister has 23 strikes against her
I was joined on my spring break adventure by my sister, who was on break from the small public school in the heartland where she has taught for more than 20 years. In other words, she is “part of the problem.” As we enjoyed Florida’s extensively delightful highway system, she entertained me by showing off her extensive knowledge of Common Core jargon and recounted some of her favorites among the many consultants who now troop through her school in hopes of enhancing its excellence. I held up my end of the entertainment bargain by sharing with her the latest studies confirming her lack of excellence. 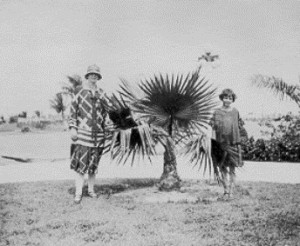 Charter schools are excellent
Our ultimate destination was Hollywood, FL, where we were hot on the trail of our relatives who, drawn to the promise of Florida’s riches, were among the first to settle here in the 1920’s. My grandmother and great aunt attended one of the first public schools in the area, but only because they had no other choice. Today they might choose from a dizzying array of choices that are blooming across south Florida like algae. For example: they might attend Kidz Choice, which would be appropriate as they were little more than kidz when they arrived here from northern Wisconsin. Or they might have opted for the Charter Schools of Excellence®. But could they get in??? Demand for excellence is high, naturally, which may require a lottery to be “conducted by the Charter School of Excellence’s ® accounting firm.” Also, “[e]nrollment preference is given to siblings of a student already enrolled or to the sons or daughters of employees or board members of the particular school. This is consistent with our support of the family.” In other words, no excellence for you, or them.

Choice is the new fountain of youth
Our visit to the choice-iest state coincided with the 500th anniversary of Ponce De León’s discovery of Florida. Except that Ponce de Leon didn’t discover Florida, which came as news to us and to everyone else who’d shown up for the big gala celebration. In fact, Florida’s history is replete with events that never happened, starting with its discovery and lasting through the present day education miracle. Florida has been the source of more grand swindles than any other state. As we toured the remains of the land grab that brought our own family here, legislators were busily orchestrating yet another grab: the parent trigger which passed the Florida House last week. The latest boondoggle to befall the state may have a silver lining though. Perhaps ads for charter school management organizations with their pictures of high-achieving minority students could someday replace the billboards of leering injury lawyers that line the highways like palm trees.

The Orlando airport is the worst place in the world
It just is.