What exactly are college prep academies preparing students for? 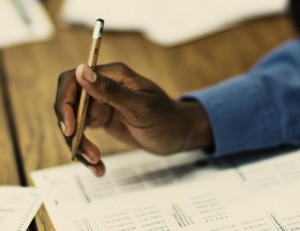 A young test-taker at Boston’s City on a Hill Charter School, which is seeking to open two more college prep academies.

And now it’s time for today’s high-stakes test question: which of the following is better at preparing students to attend and complete college? A. Our union-stifled (and indisputably failing) public schools or B. The college prep academies that are popping up like payday loan services in cities everywhere. The correct answer, as you are no doubt aware, should be B—except that we don’t have so much as a SHRED of evidence to back up this proposition. What data we do have paint the sort of picture that you probably won’t find hanging in the offices of the state charter lobby. What gives? It turns out that the martial-arts style test drilling that increasingly reigns supreme at urban charters may not be the ideal way to prepare kids for college.

Where’s the beef?
As voluble as our local academies of innovation and excellence are on the subject of their students’ test-taking prowess and college-bound futures, they fall strangely silent on the question of how many of their students actually complete college. A recent report by the Boston Foundation on soaring college enrollment and graduation rates among Boston Public Schools students didn’t include charter data at all. Which seems kind of odd given that the expansion of charters is Boston Foundation chief Paul Grogan’s singular obsession. Meanwhile, resident “code cracker” Match Education was scheduled to release a triumphant report last year, humbly described as Match to College: The First Decade. But here we are, already into the next decade, and no triumphant report has appeared.

Play along at home
While we wait for the release of that Match report, let’s all play the game that EduShyster has come to enjoy so much: fun with data (that no one ever looks at). Today’s round is shamelessly cribbed from Jonathan Mitchell, also known as the Mayor of New Bedford, Mass., who compared the SAT and AP results of students attending the public schools in his city vs. City on a Hill, the college prep academy that is seeking to open a branch office in New Bedford. I recommend that you read this astounding document for yourself, but let’s skip straight to the money quote:

In each of the four school years for which SAT and AP data are available on the [state’s] website (school years 2006-2007 through 2009-2010, City on a Hill’s SAT scores were lower in every single subject than those of both Boston Public Schools and New Bedford Public Schools…When one looks at City on a Hill’s AP scores, its ability to prepare students for the rigors of college appears even more dubious. 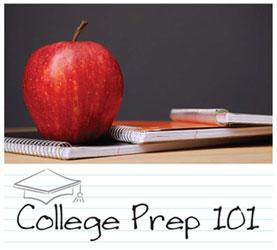 Schooled
This can’t possibly be true! As we know for a true fact, our public schools are merely a place for LIFO lifers to rest during the day, which is why our students so desperately need outstandingly rigorous college prep settings in order to realize their full potential for 21st century employers. But even a cursory check of the data reveals that students in Boston are schooling their college prep peers at City on a Hill and Match High School when it comes to actual college prep. The huge performance disparity on science subjects is particularly concernful given that we already know that the STEM skills gap is waiting in the wings to replace the achievement gap as a matter of fierce urgency. On the science/technology Advanced Placement test, just  7.7% of the Match students earned the top AP score, compared to 40.9% of the Boston students and 0% of the City on a Hill students.

What makes this all the more remarkable is that by senior year, when AP and SAT season role around, students at the college prep charters have reached the very apex of their college preparedness as their less prepared peers have, by now, fallen away. City on a Hill, in its application to open an academy of excellence in New Bedford, PREDICTS a 65% attrition rate. (See page 36) Did you read that right? I think you did…That means that out of 110 students who start at City on a Hill as 9th graders, only 39 are expected to make it to 12th grade. And did I mention that no new students can be enrolled after February of 9th grade for fear of diluting the culture of college preparatory excellence.

Bust the cap
In the coming weeks and months Massachusetts will debate whether to substantially increase the number of urban charters, including college prep academies. We’ll be hearing plenty of inspiring tales of low-income minority charter students who beat the long odds to gain acceptance to college by buckling down and submitting to years of test-prep and straight, silent lines. What we won’t hear is what happens to these students when they get to college and how many—or how few—ever finish.

If you have data pertaining to charter school students and college completion, send to tips@haveyouheardblog.com.