Teach for America has raised nearly $1 billion in the last five years to build a pipeline of excellence into the education rephorm movement. 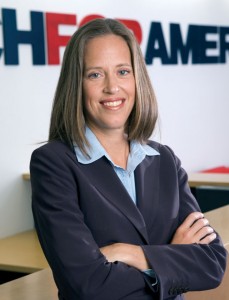 Today’s $1 billion question: how much excellence does $1 billion buy? The answer is muchos, muchos excellence—if you happen to be Teach for America. $1 billion is roughly the amount that TFA has managed to raise in the past five years, earning it a spot on Forbes list of the 200 largest US charities. Even in today’s union-stifled climate of non-innovation, that’s a lot of excellence. A little perspective: $1 billion is enough to pay every one of TFA’s 28,000 alumni a bonus of $35,000, just for being outstanding. It’s even enough to pay each of TFA’s 16 officers six figure salaries—and still have a cool $300 million left over for additional excellence.

But all this crass and inappropriate talk about money leads to an even more crass and inappropriate question: why DOES Teach for America need so much dough? Now the obvious answer is that providing poor, minority students with Ivy League-caliber freshness and excellence is an expensive proposition. Or at least that’s the case for the school districts that have to cough up a finders fee of up to $5,000 for each TFA recruit, in addition to paying their salaries. The only part of the transaction that TFA actually pays for is the brief summer training that recruits receive prior to bringing their excellence into the classroom.

Ooops—scratch that. When the state of Ohio and a group of private foundations ponied up more than $2 million to bring 30-40 TFA recruits to Northeast Ohio this fall, the savvy bloggers at the excellently named Plunderbund discovered that TFA was billing the schools for much of the cost of the summer training.

So if TFA isn’t spending the money it raises to bring excellence and freshness into schools that formerly knew only LIFO lifer darkness, where is the money going? Reader: I invite you to join me on a little trip down what we might call the “rephormy” brick road. As founder Wendy Kopp explains in this recent interview, recruiting and retaining teachers is only PART of what the organization does. Where TFA REALLY excels is in producing leaders to “effect fundamental change” in education:

[G]rowing numbers of them [are] leading change from within school districts and state departments of education (for example they’re leading the Newark and D.C. school districts, and the state departments of education in Louisiana and Tennessee), others are providing leadership for supporting organizations like The New Teacher Project and the KIPP Network, and still others [are] effecting change as school board members and state legislators and community advocates and organizers. The first-hand experience of teaching in low-income classrooms gives all of them, whether they remain in the classroom or not, a deep understanding of the extent of the problem, and also of the truth that it is solvable and that we have it within our power to give every child an excellent education. They are committed to a lifetime of leadership for solving this problem.

That’s right, reader. When you ponied up $32.50 for this slim fit JCrew Teach For America tee, you thought you were supporting “a nonprofit organization that trains and places recent college graduates in classrooms around the country to ensure that disadvantaged kids get an excellent education”—because that’s what it says in the JCrew catalog. Actually, though, you were funding something a little different: rephorm. Which means you have more in common with rich people than you thought. Last year, the Walton Foundation gave TFA a generous $50 million worth of Walmart bucks in recognition of their “proven track record of producing leaders of the parental choice and education reform movement.”

And who are these rephormers that you’ve been supporting so generously? No doubt you are already familiar with the TFA ‘all stars,’ portraits of excellence and innovation including Michelle Rhee, Kevin Huff, John White and Mike Johnston. But behind the all stars are plenty of lesser known rephormers who are making their way through the leadership pipeline of excellence. Twelve of the 15 TFA alumni who ran for education posts in 2012, including EduShyster phave Josh Reimnitz, won their races, all with major TFA funds to back them up.

That’s compared to the 12 of 16 recruits who’ve left the New Haven, CT schools since that city started a partnership with TFA in 2010. But they’ll be baaaaaaaaaaaaack! I leave you with this quote from TFA alumni Richard Chen, who traded in his urban classroom for a joint program between Harvard and the University of Pennsylvania, from which he’ll earn an MBA and a master’s in public policy.

[Chen] said he aims to return to education in a role that has more impact.“I would love to lead a school district one day,” he said, or work for a charter school organization.

I can hardly wait…