Cry for what’s left of your public schools… 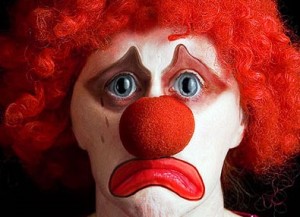 By Sharon Hill
Arizona schools chief John Huppenthal is sorry. How sorry? Really, really, really, really sorry. That was the message at the press conference that Huppenthal called last week, where he issued a tearful apology for anonymously offensive tweets and comments he’s made since 2011.  And while a growing chorus of critics, including the NAACP and even some of Huppe’s cronies, are calling for him to step down from the job of Top Troll and Chief Commenter, Huppenthal’s message is as clear as tears: he’s not going anywhere—not while Arizona still has a public school system for him to dismantle. 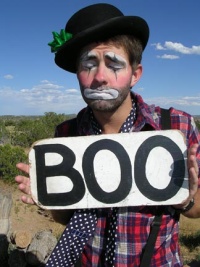 I just called to say I love private schools
Huppenthal’s official title is Arizona’s *State Superintendent of Public Instruction,* but he’s never been crazy about the *public* part. Long a supporter of tax credit accounts and charter schools, Huppenthal recently came out of the closet for private schools, referring parents to a website operated by the  Goldwater Institute, a very vocal opponent of public education. That was after he got caught with his wig off for robo-calling 15,000 homes offering who ever picked up the phone public money through the Empowerment Scholarship Accounts, funds originally meant for children with special needs, in foster care, or with a deployed military parent. The calls left out this little detail, though. Instead parents heard this script put together by the Goldwater Institute and the Alliance for School Choice:

*I have great news for you. I want you to know about a state program that provides money for parents to offer alternative education choices for their child, including private school. That’s right. You may be able to send your child to private school for free.* 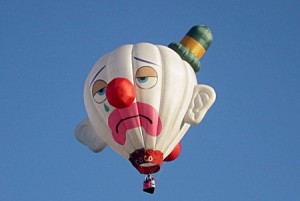 We’re number 25
When public education supporters pointed out that promoting private schools seemed like an inappropriate role for the state’s schools chief, Huppe took to Facebook and Twitter to say, well, this: *I have the utmost respect and admiration for all our public-school teachers.*  Now this may be hard to square with Arizona’s being 49th in the US for its per-pupil spending. Then again, we’re #1 when it comes the number of charter schools. Perhaps in Huppe’s mind, averaging those numbers places us at a solid 25th place—which isn’t too shabby.

Anonymously yours
Then came the news that in addition to his public efforts to undermine public education in Arizona, Huppenthaler had used public computers to share his *insights* regarding himself and the state of the state’s public schools. In anonymous comments that you can read for yourself here, he calls people who receive public assistance *lazy pigs,* said that Spanish language media should be shut down (30% of Arizona families and 40% of the state’s students happen to be Hispanic), compares the work of Margaret Sanger, who opened the country’s first birth control clinic, to the Nazis, and says that President Franklin D. Roosevelt was *….almost completely responsible for the great depression…..(which) drug (sic) down the whole world and directly led to the rise of…..Adolph Hitler.*   But who needs facts when you have great pen names, like Falcon9 or Thucydides? 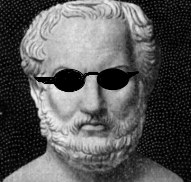 Exit right
While Falcon9 gives rise to images of Star Wars and NASA launches, Huppe’s choice of *Thucydides* as a moniker is particularly rich. Thucydides is regarded as the father of scientific history for his strict standards of evidence gathering and analysis (thank you Wikipedia), whereas Huppenthal’s *wisdom* is the sort that flows from multiple tequila shots. If the good people of Arizona were truly fortunate, Huppe would share the fate of Thucydides and be driven into exile for twenty years. At his teary press conference, though, Huppe made clear that he won’t be wandering out of the school choice state by choice. He intends to run for re-election this fall.

Sharon Hill, a former superintendent, lives, writes and cries in Arizona. Reach her at educollage@gmail.com.