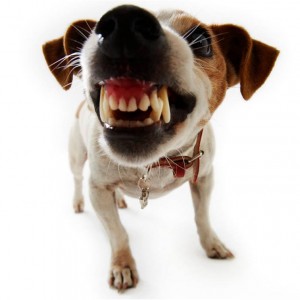 So you’ve had a tough couple of weeks. First there was the whole Chicago strike thing— which Jonah and Bruce assured us would NOT happen. And what was with all of the parents saying that they supported those lazy LIFO lifer teachers??? Don’t the parents get that YOU’RE the ones who care about the kids? I mean your ads and websites are filled with cute pictures of minority kids excelling and traversing the achievement gap. Does that not count for anything????

And then people started trash talking you just because you have a lot of rich friends—who, I might add, also happen to REALLY care about the kids. In fact, they care so much that they are constantly putting the kids first, like right up front in the names of their PACs. And what’s with all of the haters hating on all of your great ideas for improving the public schools, like closing them or replacing them with outstandingly innovative charter schools? They have some kind of nerve getting right up in your grill and saying your great ideas don’t work. Do they even have any value added metrics to back up their absurd allegations???

The worst part of all is that it wasn’t just the hating hater teachers and their parent stooges who were hating on you but your friends too. All of a sudden Arne Duncan is like BFFs  with the teachers unions. Memo to Arne: Randi Weingarten is NOT available. And what the hell is collaboration anyway??? I don’t know what Arne’s been smoking but he seems to have forgotten all about your little agreement, codename Operation Fire Our Way to Excellence.

Then you wanted to do something nice for yourself—relax a little, see a movie. And what better choice than the Education Reform, Inc cinematic event of the century, “Won’t Back Down”? But noooooooooooooo. You can’t even enjoy a night at the movies because the critics, who are now suddenly best friends with the teachers union too, are all like “this movie sucks” and “this movie is nothing but propaganda.” And then they start talking about your rich friends AGAIN. Are they obsessed??? And here’s what really blows: apparently people still read newspapers (who knew???) because the movie totally tanked and it turned out that virtually the only tickets that actually sold went to groups with ‘students’ and ‘kids’ in their names.

So what the hell do you do now? Of course some people (haters, teacher union lovers, fake parents) would tell you that it’s time to dial it back, tone down the rhetoric, make nice with the teachers. But who are those people anyway? Do they even know what a hedge fund is? Now isn’t the time to back down—it’s time to dig in and double down!

Nobody wants to see “Won’t Back Down”??? I say don’t give ‘em a choice. Drive the thing from town to town until their isn’t anybody left without a parenttrooper T-shirt. Hell: get ALEC to back legislation requiring that people wear the damn T-shirt.

People still like their public schools??? Then stop saying the word “school.” Refer to the schools as a monopoly—or better yet, a monopoly of mediocrity. Now that’s got a ring to it!

As for those parent stooges in Chicago, they’re in need of some tough talk. Tell them what you really think about the teachers. No, seriously. Take the muzzle and the leash off and go to town on the teachers already. That’s more like it! And no more apologizing for being rich. If God didn’t think hedge fund managers should be in charge of reforming our public schools why did He put “ed” right in their freakin’ job title?

Follow my advice and I predict that it’s only a matter of time before you’re back on top and people remember that YOU are the ones who put the kids first. You were sent here for one reason: to get rich. Well, two reasons if you count turning the schools around. Closing the achievement gap is the civil right$ i$$ue of our time and don’t you let anybody forget it.