Congratulations to my fave Boston student activists! Thanks to your support, they won $10,000 from the Nellie Mae Foundation to support their work on student rights and voice. 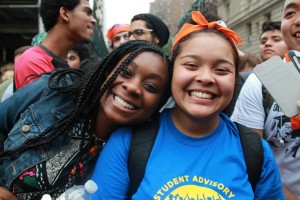 It’s time for something a little different, reader: a happy good news story! I’m shouting out to my fave Boston student activists, who are doing some of the best work in the country around student rights and voice. And best of all, this story comes with an action component—a *do now,* you might say.

Here’s the deal
Youth on Board, which oversees a citywide body of elected student leaders from high schools across Boston, is up for a big cash money award from the Nellie Mae foundation. How much of a big cash money award? $100K, which would help this largely volunteer-run operation take its campaign to put students at the center of the conversation about schools to not just the next level, but the next three levels. I’m going to pause here so that you can cast your vote for Youth on Board. Wait. You’re still not done. Quick—go to your email and click on the confirmation link. Wait for it. Wait for it. There. You’ve just done the rights thing! Now alert your family, friends and colleagues and ask them to do the same thing.

Why I am such a huge fan of these students 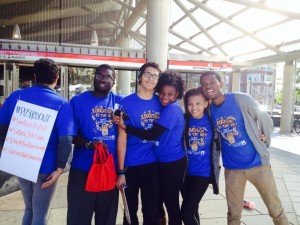 It isn’t often that I suspend my steady volley of snark-filled diatribes against [insert current target here] in order to sing the praises of someone or a great many someones I admire. Which tells you that these Boston student activists must be pretty great. This summer they rolled out the first student rights app in the country, so that students in the city’s schools know exactly what their rights and responsibilities are, from cell phone policies and student government to dress codes and teacher evaluations. Their logic was simple: students can’t defend their rights if they don’t know what they are. Deross Jordan? Can you help us out here?

“It’s not a known thing for students to know their rights and the laws and policies in school. They’re left in the dark, and students get wronged for things they don’t know about. What was shocking to me was the suspension process I learned from the app. Everyone I know has gotten suspended at least once, but then I learned about the process that was unknown to me and everyone else I know. We were supposed to have a hearing, our parents notified, but this never happened, and it’s so unfair.”

What’s app?
Shall we break here momentarily so that you can cast your vote? Great! The 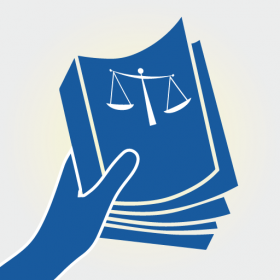 students hope that by using the technology that they all rely on to educate their peers about their rights, especially when it comes to harsh discipline in urban schools, they can *disrupt* the school-to-prison pipeline. If that sounds like an ambitious goal, it is. But keep in mind that these same students have successfully pushed the Boston Public Schools to embrace restorative justice in order to get suspension rates down. In other words, the super cool app is more than just a super cool app. It reflects years of organizing by the students to have more say over the conditions in their schools. Here’s Tina-Marie Johnson, Boston Student Advisory Council alum:

“The student rights app represents young people meeting other young people where they are at, to know their rights and advocate for themselves and build collective leadership and empowerment.”

Just think
Can you imagine what would happen if that kind of thinking and activism was on the receiving end of $100K? You can? Then let’s celebrate with a brief 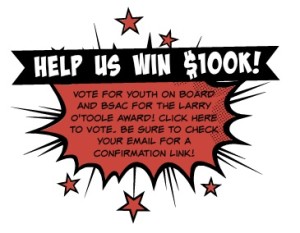 voting break. Now where were we? Ah yes—the future. What’s next for Youth on Board and the Boston Student Advisory Council? Look for the students to lead a conversation about over-testing and push for a moratorium on out-of-school suspensions AND an actual vote for the student member who sits on the Boston School Committee. And I wouldn’t be surprised if you heard them speaking up about the rights of students who attend charter schools in the city. (Hint: charter students don’t have the same rights as their peers in district schools).

As the debate about the future of education in Boston heats up, these students will be right in the center of it. Which is exactly where they should be. Did I mention that they’re up for a big award?