And some parents say *enough* to a district’s assessment craze… 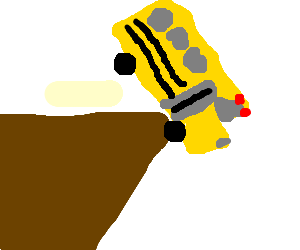 It’s field trip time and today we’re headed to the scenic seaside community of Salem, Massachusetts. When last we stopped by to *discover the magic of Salem,* we also discovered a school system gone wild for *bigger rigor,* especially for young Salem-ites who hail from the city’s less, well, luxurious lanes. But one child’s opportunity gap is an opportunity for a savvy eduprenueur, and edupreneurial opportunities abound here these days. Buckle up reader, because it’s time to board the data bus.

The jargon gap
As you’ll recall from our last visit here, the schools in Witch City face a bewitching problem. A spell had fallen upon the city’s school choosers, so that affluent residents all chose certain schools, like the Saltonstall, whose privately-funded science lab overlooks the harbor, while poor students, many of whom were still learning English, chose other schools at which science is now an enrichment. But then a unique opportunity arrived to close this opportunity gap by way of a system called the Open System. You can read about the wonders of this approach here, here, here or here — but suffice it to say that the approach seems to entail filling Salem’s gaps with jargon. Give *leaders and teachers real control over the time, people, data and culture within a system to best meet their students’ needs*? Check. Learn from *high-flying outliers*? Check. *Empower best leaders and teachers across the city and support them in delivering results for our students?* Check.

Empower Empower
The Open Systems solution comes to Salem via Lawrence, whose state-run school system is now a net exporter of, if not excellence per se, edupreneurial ideas. At the center of the Open System beats an edupreneurial heart, one belonging to Empower Schools, founded by edupreneur Chris Gabrieli, whose list of political connections is as long as an extended school day, and Bret Alessi, former Education Pioneer and current Mass 2020 visionary. What precisely Empower Schools does, other than BELIEVE IN OPEN SYSTEMS…and produce case studies like this one, remains a bit vague-ish. What I can tell you is that Empower has quickly won over powerful friends aka *aligned leaders,* like Massachusetts Commissioner of College and Career Readiness, Mitchell D. Chester, who recently sang Empower’s praises to the Boston Globe in a story on how school partnerships with edupreneurial groups like Empower are failing to produce results. 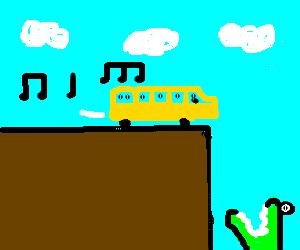 Everybody who is anybody
But I digress. The important thing is that the Salem schools bus is hurtling towards a new system, an Open System, and that everyone who is anyone appears to be on board, from the city’s politically ambitious mayor, to the members of the Salem Partnership, to the members of the Community Advisory Board of the Salem Partnership, to the members of the Salem Education Foundation. In other words, everybody who is anybody in the city is *highly aligned,* jargonically speaking, behind a vision of what the city’s students need to succeed: a *laser-like focus on instruction* and *frequent assessments.* The Open System also comes with transportation — and to quote district leaders, *data drives the bus.* And teachers don’t just want to teach, they want to Teach Plus co-captain the data bus.

In which some parents ask to get off of the bus
The problem with a community in which everyone who is anyone is *highly aligned,* is that it’s very difficult to find anyone who is willing to yell *stop,* even as the data bus careens towards Salem Harbor. Well there is somebody… Earlier this year, Stephen and Sherry Croft alerted Salem Public School officials that they refused to let their sons take ANet tests, the diagnostic assessments that eat up an increasing amount of instructional time in the schools, which paid $337,000 last year for the Achievement Network’s services. To which they were told *too bad, you can’t* because, as the superintendent explains in this letter denying the Croft’s request, assessment is now so *highly aligned* with instruction that the two can’t be separated.

In addition to the fundamental purpose assessment serves as part of the instructional cycle, it is our goal to provide all of our students with a comprehensive program of studies. Subsequently, parents are not allowed (with the exception of sex education) to *pick and choose* which aspects of the school program their/child/children will or not participate in. This responsibility rests with those of us directly involved in your children’s education here in the Salem Public Schools.

In his testimony to the Salem School Committee, Stephen Croft pointed out that with its obsessive focus on assessments, Salem isn’t actually providing students with a comprehensive program of study. And that it is parents who are the most directly involved in their children’s education and *they need to know that they have the right to refuse these tests.* The Crofts prevailed, by the way, and their sons won’t be taking anymore ANet tests. What’s more they’re not alone. A total of five families—so far—are refusing to let their kids take ANet tests, a number that will only grow as more parents learn that the choice is theirs to choose. 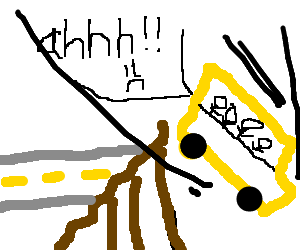 Hip, hip hooray—it’s test-taking day!
Meanwhile, it’s a day of the week that ends with *day,* which means it’s already time for another round of ANet assessments in Salem. Which means that at the Collins Middle School, where the Salem School Committee holds its regular meetings, it’s time for an ANet pep rally. Students, teachers, teacher leaders and data bus drivers are all on hand to boost spirits in hopes of boosting scores so that the scores on the test that actually counts will be boosted as well. Students wear blue and white, the Collins colors, and once pencils are down, volunteers scour student test sheets, awarding prizes to testees whose tests display the most *annotation.* There’s even a special cheer. *There is nothing we can’t do, when we’re dressed in white and blue.* Except, apparently, get off the bus.