A look ahead at some of the trendiest trends of 2014… 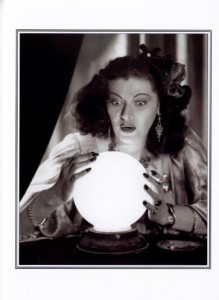 Why it seems like only yesterday that we were All Hailing the EduPreneur, raising our wassail boxes to his (and her) unique ability to *do well* by *doing good.* So what does 2014 have in store for us? Will it be as disruptive, innovative and excellent as its predecessor, or will it be even more disruptive, innovative and excellent? What new jargon will climb to the very top of our *must spout* list? And how much leftover wassail will it take before we all forget that 2014 was supposed to be the year of universal proficiency? Here’s a peek…

The Common Core debate gets auld
Reader: while you’ve been playing Candy Crush and binge watching Vanderpump Rules, I’ve been getting my history on. If the increasingly heated debate over our Common Core is 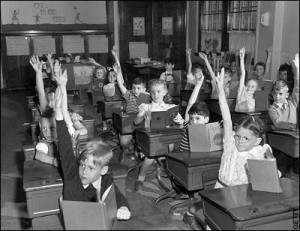 starting to feel a little auld, that’s because we’ve been having more or less this same fight for the last 100 years. The efficiency experts of the 1920’s, with their dream of transforming teaching into a mechanized, routinized (read cheaper), easily measured profession that groomed future workers, aren’t that different from today’s policy experts and think tankers. Even the proposed *solutions* (merit pay, scripted curricula) have a whiff of the mildew about them. The big question, still unresolved after all these years: are teachers artists/philosophers who create or are they mechanics who follow manuals? 2014 prediction: whatever happened to those efficiency experts anyway???

Students matter—but lawyers get paid
The court case that has Californians transfixed these days isn’t Kardashian v. Odom but Low-Income 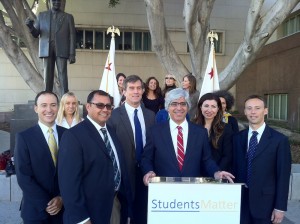 Students v. Lemons. You see, even as the state’s lowest performing schools are plagued by incredible teacher turnover, these same schools have filled up with *lemons* who keep on dancing, no matter how unpleasant things are made for them. Fortunately a made-for-soundbites solution to this somewhat contradictory—not to mention statistically improbable—problem is just a click away: eliminate tenure protections for teachers, on the books in CA since 1912, you know, for the kids. And if *impact litigation* fails to at last drive the lemons into the Pacific, there’s always the ballot. 2014 prediction: a spontaneous gra$$roots uprising in which students and parents demand that their schools take the *Lemon Pledge* 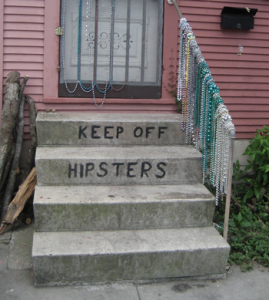 Reform hits the *g* spot
You know what tastes great when you’re done *crushing* the achievement gap? A Venti soy, half-caff, caramel macchiato with two shots of vanilla syrup. And by vanilla, I mean va*nil*la. It turns out that Reform, Inc. may finally have cracked the code for overcoming poverty without actually doing anything about poverty. It’s called *gentrification,* and it’s all the rage in reformy hot spots like Chicago, Washington, DC and New Orleans. 2014 prediction: the Fordham Institute opens up a satellite office in Cleveland because, well, Cleveland rocks.

Reform, Inc. discovers children of the corn
It’s among the most fiercely urgent questions of our time: once the great age of relinquishment has dawned, what is an ambitious—not to mention well-funded—reformer 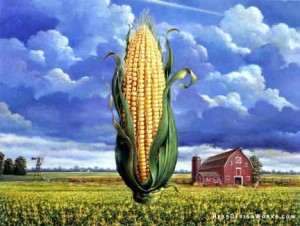 to do next? Excellent news Heartlanders: Reform, Inc. is headed your way next. There’s just one wee problem: they’ll have to find you first! You see, education reform is primarily the business of city folks and coastal types who view the vast middle section of the country solely from a safe distance of, say, 30,000 feet. But that’s not to say that they’re completely ignorant about what goes on down there. Take the 48 % of *education insiders* who agree that “Life in rural America is significantly different from life in urban/suburban America.” As my nephews of the corn would say: Yuh think??? (hand gesture optional). 2014 prediction: the reformers’ love affair with the Heartland lasts the length of a corn dog. 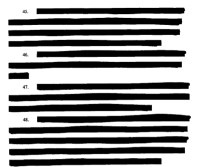 have some powerful new BFFs, like Arizona charter chain Basis Educational Group. How much does Basis care about student privacy? More than you’ll ever know… When the company applied to open a new charter in Texas recently, it kept much of the info on the DL, blacking out info on more than 1/3 of the application’s pages. That’s because, like a growing number of charter operators, Basis is literally private (shhhhhh!), meaning that even basic information is *proprietary* or *confidential.*  2014 prediction: with nearly 1/2 a million students now attending for-profit schools, redaction is poised to become the new data sharing.

Fick val?
Reader: have you been longing to witness a decades-long experiment with school choice for yourself but lack the krona to get to Sweden? Great news! Now you can experience the wonders of choice-i-fi-cation, right here at home. Today’s destination: 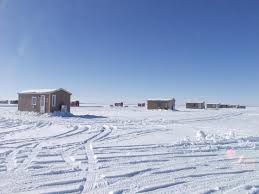 Minnesota, the first state to permit charter schools, where academies of excellence and innovation are popping up like ice fishing shanties atop one of the state’s 10,000 frozen lakes. The newest of these schools share a common trait with the snow that currently blankets the North Star State: whiteness. In the last five years, the number of mostly white suburban charters grew by 40%. In fact choosy Minnesota moms and dads now have a dazzling array of single race charters to choose from. 2014 prediction: this alarming trend will be completely ignored and, thanks to reform $$ falling like snowflakes, Minnesota will only charter harder.

Choice is the new orange
Illinois has long been known for putting students first  putting politicians in jail. But lately a full-fledged case of choice fever has struck the land from whence I hail as pols embrace the idea of the cash following the kid—with a lil detour into the campaign coffers. Forget about selling fake drivers licenses or Senate seats—that’s so old school, not to mention way too much work. New school pay 2 play in the Land of Lincoln literally involves new schools that hoover up tax-payer money but don’t have to say how that money is spent. And did I mention that there’s an element of international intrigue to boot? 2014 prediction: the more things change, the more they stay the same. In other words, someone is going to jail…

Don’t put that wassail box down just yet!
You didn’t really think we’d seen the last of the EduPreneur did you???

Send tips, comments and your own 2014 predictions to tips@haveyouheardblog.com..