A new report finds that Boston’s charter high schools are sending kids on a path through college, one at a time… 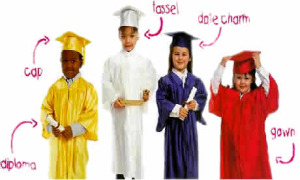 ‘Tis time for another stroll down the path to college, reader. Alas, you will need to *suck in your gut* for this one as this path turns out to be even narrower than when last we stepped upon it. The occasion for our ramble down readiness way is a new report on college completion by graduates of Boston’s public high schools. Alas, alas, the report, which was supposed to confirm Boston charter excellence once and for all, fell a tad short, finding that grads of BPS high schools were more likely to complete college than their charter peers. But a deep dive into the data reveals that there’s even more — or rather, less — to this story than meets the eye. 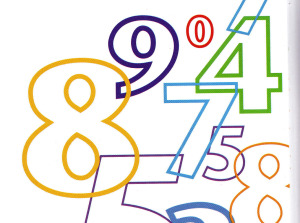 By the numbers
Enough with my editorial opining already. You want to know: ¿what do the numbers telleth us? The report compared members of the respective classes of 2007 from the city’s high schools and five of our local academies of excellence. Fifty percent of the BPS students had scored a college degree within six years vs. 42% of their charter peers. Now I know what you’re thinking. That equals a difference of eight percent, and eight rhymes with *hate* and also *overstate.* Which is why it’s time to look at the numbers behind those numbers. The 2007 class of Boston high school grads consisted of 1700 students, of whom some 850 have now attained their post-secondary attainment. The 2007 class of Boston charter high school grads, from a total of five charter high schools, consisted of 80 students, of whom 33 have scored their sheepskin.

Boy oh boy
If you are thinking that the number 33 (from five schools) is not a very big one, prepare to squint your eyes, for we are about to visit a smaller number still. As was documented by this very page last year, Boston’s charter high schools have something that we might delicately describe as a gender imbalance, meaning that by the time it’s time for charter grads to climb aboard the college express, there are very few boy grads left to make the climb. Like six at this school, six at this school, and four at this school. In fact, girls at Boston’s charter high schools typically outnumber boys by two-to-one by the time the final stages of the excellence extraction process has been reached. Apply that ratio to the 33 college grads and you end up with a number in the 15-ish range (if one is feeling generous…), meaning that five different charter high schools managed to produce a grand total of 15 boy college graduates.

Apply that ratio to the 33 college grads and you end up with a number in the 15-ish range, meaning that five different charter high schools managed to produce a grand total of 15 boy college graduates. 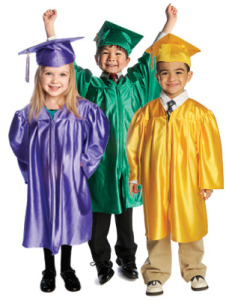 Curiouser and curiouser
Let us leave the numbers for a moment and visit the curious (and curiouser) story of the report itself. Put out by something called the Boston Opportunity Agenda, a little sibling of the hot-for-charters Boston Foundation, the report is a long-awaited follow-up to an earlier report on the state of Boston’s *cradle to career educational pipeline* that, rather oddly, left the city’s charter schools completely out of the pipeline. But whatevs… At least the new report drills down into the data, answering any questions a curious reader of such reports might have, right? Wrong. There is but a single, vaguely worded paragraph on the college completion rates of charter high school graduates (close readers will want to turn to page 17), noting that *the span in rates for individual schools ranges from a high of 60% to a low of 18%,* and listing the names of five Boston charter high schools, one of which isn’t a high school at all. (Close readers will still be on page 17). Note: my request for raw data and additional information went unanswered.

Charter cap n’ gown
There is one other rather interesting number for us to consider. The report notes that since 2000, Boston’s public high schools have succeeded in raising the percentage of their graduates who earn a college degree from 35% to 50%, the highest level in the city’s history. In other words, the case for more charter schools has never been more fiercely urgent. And by *more* charter schools, I mean a lot more charter schools. Since by my calculations, with the city’s charter high schools each producing an average of three boy college graduates, and some 28,000 boys currently enrolled in the Boston Public Schools, we’ll need approximately 10,000 additional charter high schools…

And now for some sad news…
Close readers of this page know that I have long harbored a secret, and thoroughly unrequited, love for Boston Globe columnist Scot Lehigh. Alas, whatever shy hopes I nursed that I might one day be the subject of one of Scot’s columns, have been dashed. It seems that all avenues to Scot’s heart are blocked — as am I …