Education is not the best anti-poverty program, argues historian Harvey Kantor, and it’s long past time we acknowledged that…

Jennifer Berkshire: I read in the New York Times recently that education is the most powerful force for *reducing poverty and lifting middle-class living standards.* It’s a classic example of what you describe in this excellent history as *educationalizing the welfare state.*

Harvey Kantor: Education hasn’t always been seen as the solution to social and economic problems in the US. During the New Deal, you had aggressive interventions in providing for economic security and redistribution; education was seen as peripheral. But by the time you get to the Great Society programs of the 1960’s, education and human capital development had moved to the very center. My colleague Robert Lowe and I started trying to think about how that happened and what the consequences were for the way social policy developed in the US from the 1960’s through No Child Left Behind. How is it that there is so much policy making and ideological talk around education and so little around other kinds of anti-poverty and equalizing policies?  We also wanted to try to understand how it was that education came to shoulder so much of the burden for responding to poverty within the context of cutbacks in the welfare state.  END_OF_DOCUMENT_TOKEN_TO_BE_REPLACED 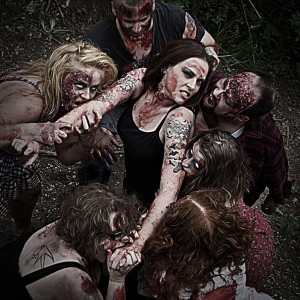 Reader: ever since I heard economist Tyler Cowen being interviewed on NPR this week about the charred hellscape that is our immediate future, I have been in something of a state. You see, Cowen, whose new book is entitled Average is Over, says that not only is staggering income inequality here to stay, but that most of us can look forward to subsisting on cat food and nettles while a few wired creative types and their hipster underlings lord it over us. END_OF_DOCUMENT_TOKEN_TO_BE_REPLACED