Update: Since I posted this story, a new study has officially confirmed what was already evident. Massachusetts has among the worst public records access in the country, earning an F from the Center for Public Integrity. That *F* by the way, stands for *fees,* as in the big fat kind. In fact, since our research group submitted our original public records request, several of the charter schools have increased their fees even higher. Boston Collegiate Charter now wants $9,330 for the information we requested. Excel Academy now wants $16,972.50. Match is up to $37,532. And Neighborhood House is up to $17,645. Which brings today’s big fat tally to $111,039.50—and rising.

Here’s a math question for you, reader. Say one wanted to submit a public records request to a handful of charter schools, inquiring about their recent lobbying activities. How much do you suppose such a request might set one back? If you answered $91,440, you would be on the money.

But what kind of information could possibly merit fees of that kind? Refresh your beverage, reader, for ours is a long and twisted, not to mention outrageously expensive tale… 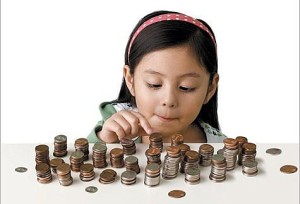 Have you noticed lately that charter schools in Massachusetts are increasingly functioning as a political lobbying force? I certainly have. Which is why this summer, a group of researchers of which I’m part, and which includes university professors, graduate students, union researchers, and interns, submitted public records requests to ten Boston charters, using the service Muckrock. (Full disclosure: the research group was started by Jobs with Justice, a nonprofit headed by the gentleman to whom I’m *technically* married.) We wanted to know just how *highly aligned* these charter schools are with lobby groups, like the increasingly controversial Families for Excellent Schools. We also wanted to know how common the practice of automatically sharing parent and student information with lobby groups has become. And so we asked.

That will be $36,015 please
The lawyers of Krokidas & Bluestein (*’Doing good’ should be part of a law firm’s core business, not just an add on*), were happy to help, explaining that, well, here, you can see for yourself:

And it wasn’t just the Doing Good-ers at Krokidas & Bluestein who wanted big bucks to fulfill a standard public records request. Even Roxbury Prep, which responded without a lawyer, wanted $12,500 to provide the documents we asked for. (Note: if you are drinking along at home, Roxbury Prep is the charter school founded by John King, who is replacing Arne Duncan.)

But isn’t that an outrageous amount of money?
In a word, yes. Even in a state with notoriously weak public records laws, and where tax-payer funded entities routinely demand high fees in an effort to 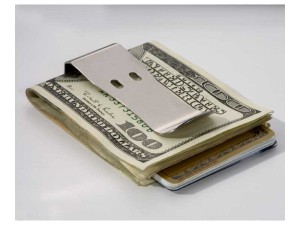 scare off the curious, these are eye-popping numbers. In fact, just last spring, the MBTA outraged Fox News and the entire Massachusetts media establishment when officials wanted $15,000 for a public records request. Which by my math, is less than half of the highest-performing charge that we got. In fact, in fact, in a political season filled with ironies (like the fact that state education secretary and former Families for Excellent Schools national board member Jim Peyser is the *defendant* in a *civil rights* suit vs. the charter cap!), add to the list one more. In 2016, Massachusetts voters will be asked to weigh in on lifting the state charter cap, AND on strengthening the public records law that currently allows charter advocates to keep a cap on information regarding their frenetic lobbying activities.

Time now for a word from our sponsor

This portion of the post is brought to you by Great Schools Massachusetts. Tell Massachusetts legislators to lift the cap now on public charter schools! Did I mention that charter schools are public schools? That is unless public citizens use the state’s public records laws to request what should be public information. Then these schools suddenly don’t seem so public at all.

In the meantime, should you want to donate to my campaign to raise $91,440, you know what to do.