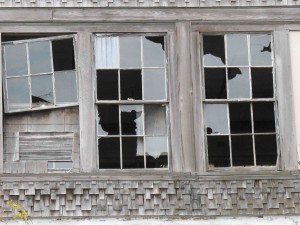 Suspending huge numbers of minority students is bad, bad, bad, as we learned this week from Obama administration officials. Which brings us to today’s high-stakes question: when is it fine, fine, fine for schools to have sky-high suspension rates? Answer: when said schools are academies of excellence and innovation that are *preparing students for college.* Ready the carabiner, reader—we’re about to scale the walls of Double Standards gulch.

The College XL Pipeline
Thanks to new federal standards, our failed and failing public schools must now seek out alternatives to out-of-school suspensions, which fall disproportionately on minority students and are but the first section of pipe in the school-to-prison pipeline. Meanwhile at the *No Excuses* academies that a growing number of minority students have no choice but to attend, suspensions are seen as key to instilling self discipline. But don’t take my word for it. Let’s pay a call upon New Orleans, Louisiana, USA, soon to become the nation’s first all charter school district and, judging from recent news reports, home to some serious college preparation…

Sci Academy, the flagship of the Collegiate Academies charter group, is known for high test scores and stringent discipline policies, such as requiring students to walk between lines taped on the floor. School leaders say the two go hand-in-hand: You don’t have to walk on the right side of the hallway in college, but the discipline will serve you well.
But students at the group’s two new schools, George Washington Carver Collegiate Academy and George Washington Carver Preparatory Academy, walked out the week before Thanksgiving, angry about such rules. On Wednesday (Dec. 18), about 60 students attended a rally. A letter of demands written by some students said kids were being suspended “for every little thing.” 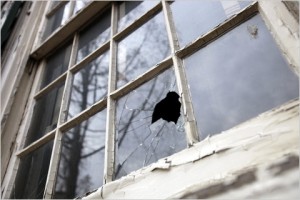 might call Broken Windows Schooling®. Fail to crack down on small acts of disobedience and before long you’ve got the kind of unruliness and disorder that is the education equivalent of squatters lighting fires in a tenement. But that means suspensions—lots and lots of suspensions. According to Louisiana state data a full 69 percent of Carver Collegiate’s student body was sent home at least once during the 2012-2013 school year. Carver Prep suspended 61 percent of its student body, while Sci Academy sent home 58 percent of its students. That’s a lot of college readiness…

Suspending disbelief
It isn’t just New Orleans where there seems to be something of an, ahem, double standard when it comes to suspending minority students. In Massachusetts, for example, charter schools suspend up to ten times as many students as public school districts. Tops on the list: Roxbury Preparatory Charter, a college prep academy for 5th-8th graders that is part of the Uncommon Schools network and sent home an Uncommonly high 56% of its students in 2012. In Boston, by contrast, which has overhauled its discipline policies to allow *restorative justice* in place of out-of-school suspensions, the suspension rate has dropped to just 4%.

Whatever it takes
To be fair, there are public school districts in Massachusetts that share a perch with charters atop the suspension list. In fact, both Holyoke and Fall River caught the attention of the feds for the high numbers of minority students they suspend. So why do the feds turn a blind eye to the even higher suspension rates of charters? At last we’ve reached the last of today’s double standards. In addition to the unique view that suspending students prepares them for college, there’s something else unique about urban charter schools. They are also incredibly segregated. In other words, they can’t be said to be disproportionately punishing minority students because only minority students attend them. It turns out that segregation, like out-of-school suspensions, is just fine when its done in the name of college prep.